Competition across all categories saw prices reach 600c/kg at Pakenham and cows and calves to $4100. 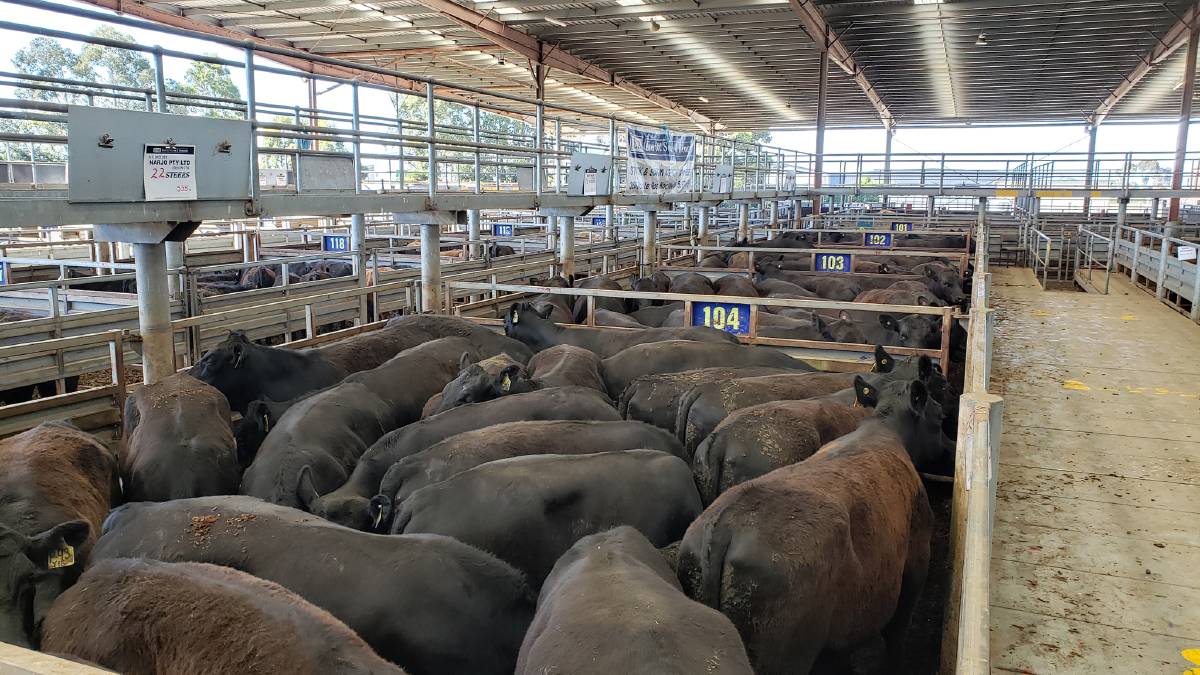 A yarding of 2600 at the VLE Pakenham saw strong competition from feedlotters and grass finishers that again pushed prices higher.

As well as strong support from throughout Gippsland there was additional buying power from the north east of Victoria.

Elders agent Denis Linley said the highlight of the sale was an annual draft from client Barragunda Estate, Cape Schanck.

"Weight for age, I don't know where you'd find better cattle," he said.

He said it had been a fantastic season where the cattle were run on sand dunes.

"It has been a fantastic autumn, winter and spring and the vendors have cut a lot of lucerne as silage and feeding out during the winter.

"They've had enough feed all the way through and you get the full potential out of the cattle."

The draft was by Innesdale and Franc bulls with a total switch to Franc blood this year.

"They just fitted in the slot and a pro finisher in South Gippsland bought the second and third pens," he said.

"It was a credit to the vendors and the breeding," he said.

Everitt Seeley & Bennetts agent Jarrod Bennetts, said the sale was "through the roof".

"Every sale seems to take another step. It was a very good day," he said.

He said they had a great lineup of steers with feedlotters jumping in the right weight range, before the grass finishers took over.

Feature of the cows and calves was a line of six Simmental heifers with six autumn-drop calves at foot, and pregnancy tested back in calf, that were offered account the Pratt family, Warragul South, that made $4100.