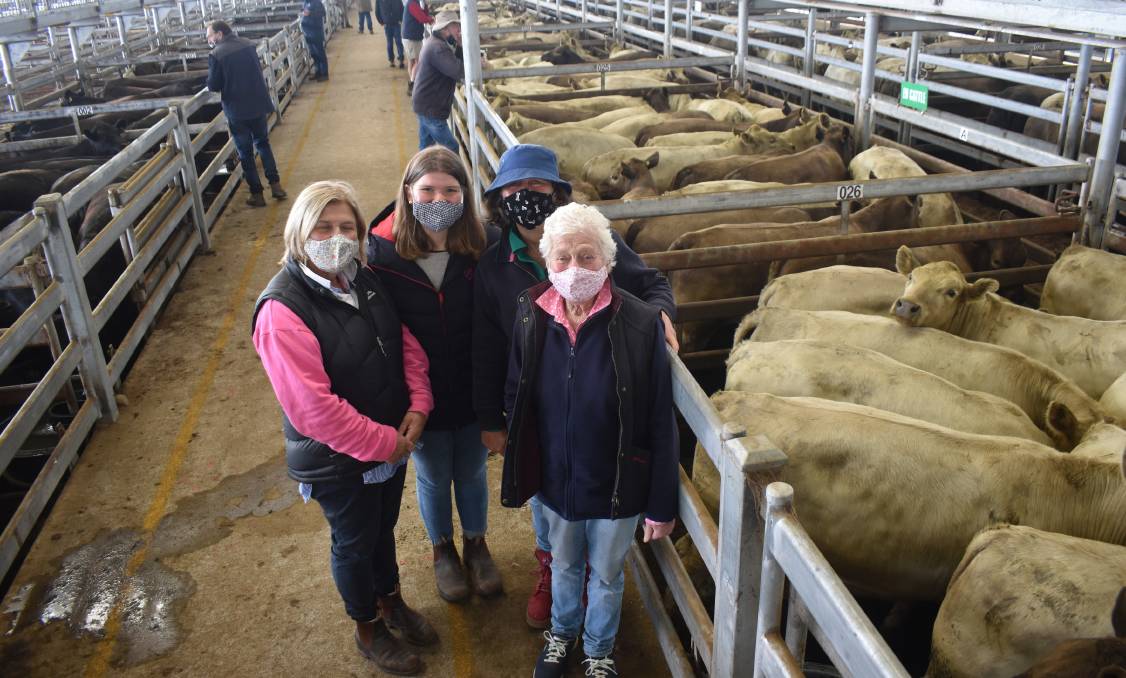 Cattle producers are in the box seat as rain extends the season and boosts confidence.

"Wow, wow, wow - you can quote me on that" were the words from the mouth of Elders Kerr & Co's Andrew Gunn, Hamilton, after the company's recent spring feature sale at the Western Victorian Livestock Exchange at Mortlake.

In a sale that averaged $1800 across the whole yarding, it's hardly surprising.

The sale was just one of a series of store sales that have continued to exceed expectations across the state.

Every region of Victoria as well into the south-east of South Australia, the NSW south coast and much of inland NSW, are experiencing a season unmatched in memory.

Mr Hermann said store buyers were coming back to the market because they saw an industry that had a "very strong outlook" after selling cattle at prices well above their purchase price.

The average price for feeder yearling steers in Victoria has increased by 115 cents a kilogram liveweight from October 2019 to October 2020, according to Mecardo. 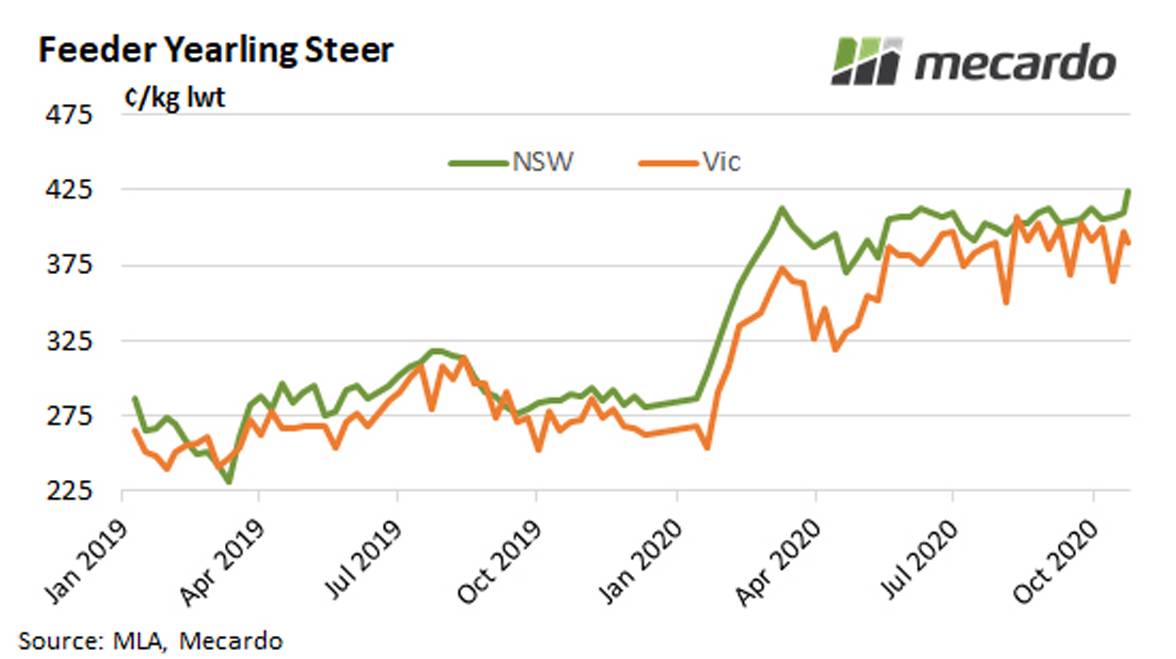 The data from Meat & Livestock Australia and Mecardo showed that prices had risen from 271.4c/kg to 401.6c/kg or a rise of 48 per cent.

"The prices are a combination of people making good profits on cattle traded in the past few months, a strong outlook for restocking and meat demand and the season," Mr Hermann said.

"If this market is anywhere near these levels when the weaner markets come around, we will see a huge reinvestment in genetics and farm improvement."

Of the Mortlake sale, Mr Gunn said "we've never seen a sale at those prices".

"It was a magnificent line-up of cattle that met all the other elements we wish for - season and the price to go with it," he said.

"This particular sale is consistently, year in, year out, the best fixture of feature store cattle in the western districts.

"There are so many repeat buyers who come back and buy, or try to buy the same cattle each year."

Mr Gunn said the rain had been fantastic, "but we desperately need warm weather now".

"There is bulk standing feed available and the mature stock are doing like steam, but the younger stock need sun light - whether they are calves or lambs," he said.

"I can say this is the best season I've seen in my career from the autumn, a dry winter and wet spring."

Albury-based Brian Unthank Rural's Michael Unthank, said the season had turned "very wet" with plenty of grass and that was driving prices.

"I have never seen store cattle prices better - it's off the planet. I haven't seen it in my 40 years as an agent," he said.

"People are clamoring to buy stock because they have feed."

Mr Unthank said the trade cattle prices in the prime pens were a highlight with vealers up to 350 cents a kilogram to 360c/kg.

Nutrien Ag Delaney Livestock and Property auctioneer Anthony Delaney said there were "no holes" in the market and supply.

"We're still waiting for a season," he said.

"South and west Gippsland have got very wet again and conditions are back to July-August-like.

"We are starting to see some selling bullocks for plenty and then holding back before getting back into it.

"You see one sale and think that's the dearest I've seen but the next one is dearer again - there's not hold up at the moment."