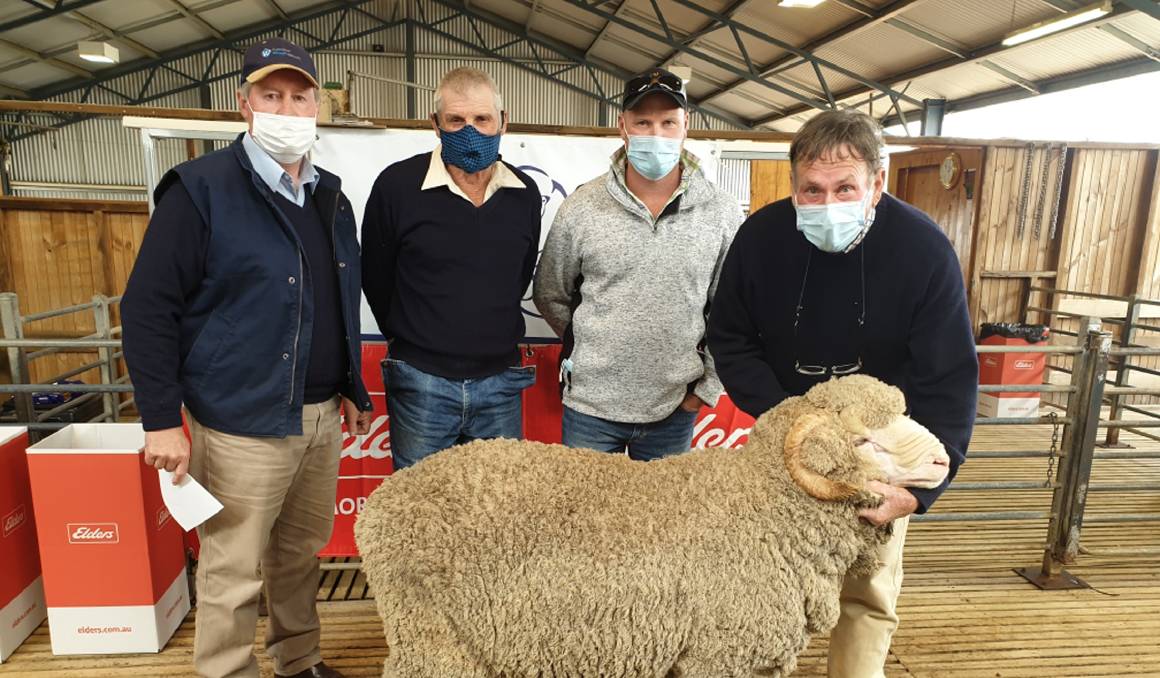 The annual Montrose Hill Merino and Poll Merino on-property sale made a return to the schedule with three rams topping the sale at $4000.

Stud principals, George and Helen McKenzie, Illabrook, were forced to cancel the 2019 sale, but that did not deter their loyal clients from returning this year.

He said he was a "bit disappointed" in the clearance rate.

Mr McKenzie said the lineup of rams was their best ever. The growth of the young rams and the way their wool had handled the wet conditions this year.

"They have been on green feed since January but they have stood up to it - as we expect them to," he said.

"With saleyard mutton prices where they are, the Merino enterprise is a good place to be in," he said.

"There's a lot of positives to it. This season is also the best I have seen in may time - one of the greatest seasons of all time."

Mr McKenzie said he was "tickled pink" with the buyers returning after no sale in 2019.

"We are very grateful for the respect the buyers showed in coming back. It was quite gratifying the respect and kindness they have shown us over the past 12 months," he said.

Buyer of all three of the top rams at $4000 each, was return clients Jim and Liz Renkin and family, Lima.

The Renkins purchased six rams in total at an average of $2958.

Mr McKenzie said the Renkins had been buying Montrose Hill rams for 21 years and always in the top end.

Other buyers included Stonyhurst Pastoral, Beeac, that bought five to a top of $2750 and average of $2100.