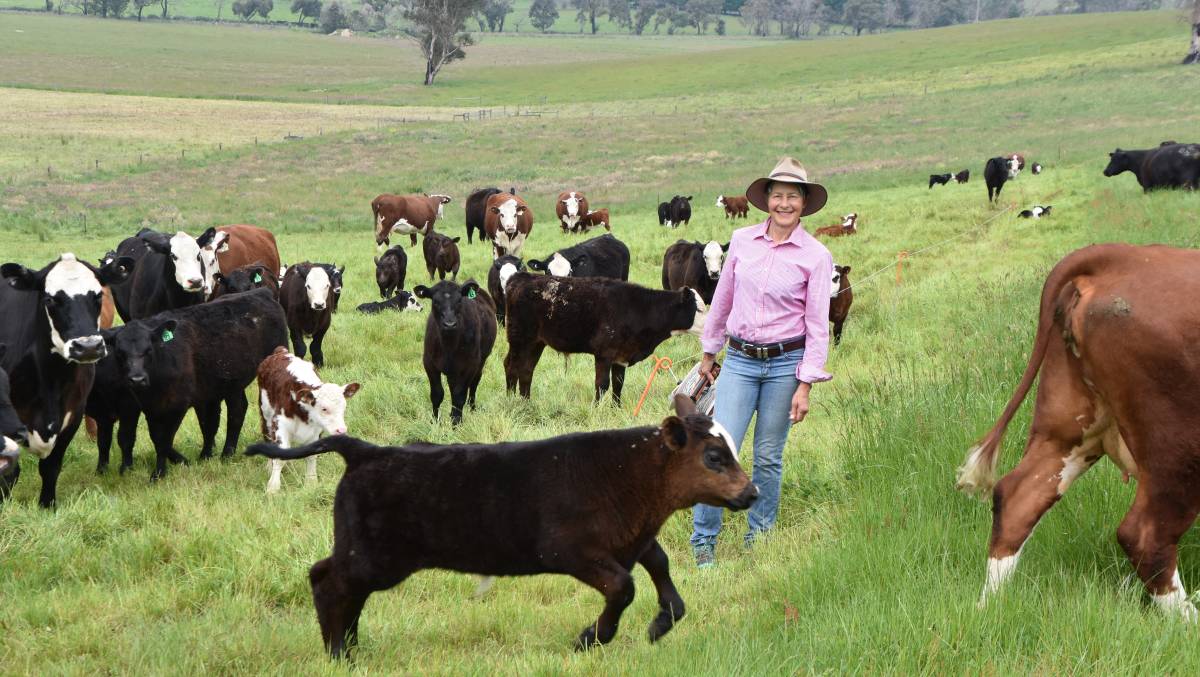 REBUILD: Ingrid Green, GB Pastoral, Tonimbuk, lost most of her property in the Bunyip Complex Fires and has since turned to regenerative agriculture to aid her recovery.

The beef farmer lost most of her farm in the Bunyip fire in 2019.

Bunyip livestock producer Ingrid Green is fighting back from bushfires with new ideas around regenerative agriculture in her determination to stay on the land.

After losing 50 kilometres of fencing, shedding, $100,000 worth of tools, 500 bales of hay and other vital infrastructure, Mrs Green changed her approach to farming.

The peri-urban farmer lost 98per cent of the pasture on her 300-hectare farm during the Bunyip Complex Ffires in March 2019.

Caused by lightning in the nearby Bunyip State Park, the fire was gone as quick as it came, locals say, compared to the 2009 Black Saturday fire which lingered for more than a month.

Unlike larger fires in the far east and north-east, the Bunyip blaze and farmers' recovery has largely escaped the attention of politicians and metropolitan media, farmers believe.

The disaster affected 300 properties, destroyed 29 homes, burnt some 1500 hectares and closed the Princes Highway for days.

Mrs Green's property, which is classified as metro Melbourne under the government's coronavirus lockdown, still shows signs of the fire's intensity 18 months on.

But issues surrounding the ongoing clean up and woes with insurance companies continue to test the resilience of farmers in the Bunyip and Tonimbuk community.

"It feels like we've had to climb Mount Everest but yet some days it doesn't feel as if we will be able to get to base camp," Mrs Green, who owns the property with her husband Robert, said.

The Greens trade as GB Pastoral and breed cattle using Angus and Hereford bulls utilising an additional 200 hectares leased nearby.

Before the fire, they sold their beef direct to consumers under Bacchus Beef.

Cattle grown to 400-600kg are sold direct to the abattoir, or through Pakenham's store sale.

Since the fires, Mrs Green has shifted her focus to regenerative farming through practices such as rotational grazing and planting multi-species pastures.

"We've only been doing this for 18 months but it's giving paddocks a rest and we've found our cattle can graze paddocks for three times longer than before the fires."

Prior to the fire, the cattle were split into groups of 25 or 30 head, but now the herd is run as one large group and moved daily, optimising the rest period for each paddock.

Mrs Green said the multi-species pastures had improved the feedbase which had struggled before the fires due to the green drought.

"In a paddock where multi-species pastures have been planted, what would have fed them for 12 hours or one day now feeds them for three days, and still leaves about 30 per cent of that pasture to recover," she said.

Like many farmers Stock & Land has spoken to who are recovering from bushfire, infrastructure insurance continues to be at the forefront of concerns for producers.

"The insurance has been the hardest and most frustrating part of the whole recovery," Mrs Green said.

"I've got 20 items that we're still discussing with our insurer ranging from damages to a tractor, damage to the house, employee belongings and removing debris."

Of those concerns, fencing has been one of the most significant issues with only 2 per cent of fencing covered by insurance on the Green's property.

"We were grossly underinsured on our fences ... we only had $15,000 worth of fencing insurance," she said.