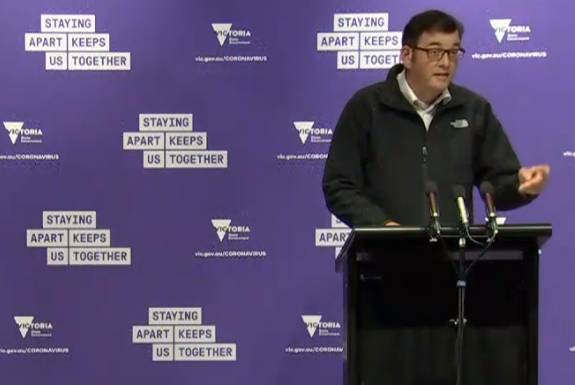 Metropolitan Melbourne is re-opening again from midnight tomorrow and the city-regional internal border will go on November 8.

Premier Daniel Andrews said all retail would be reopening in Melbourne from 11.59pm tomorrow, Tuesday, October 27.

"The state will be one again."

On November 8, the 25km travel limit will be removed for city residents and in line with that, the checkpoints will be scrapped.

The four reasons for leaving home will be removed.

The Premier flagged today was the first day since June 9 that Victoria had zero cases.

"Why it's emotional day is people have given a lot," he said.

"It belongs to every single Victorian who has stayed the course."

Mr Andrews said he would not be lifting the travel restrictions and checkpoints in time for the Melbourne Cup long weekend.

"We're simply waiting to see how this first stage of opening goes, to see if we get increased cases," he said.

"Time is your friend here. Use that extra almost 14 days ... to see exactly what the conditions will be like."