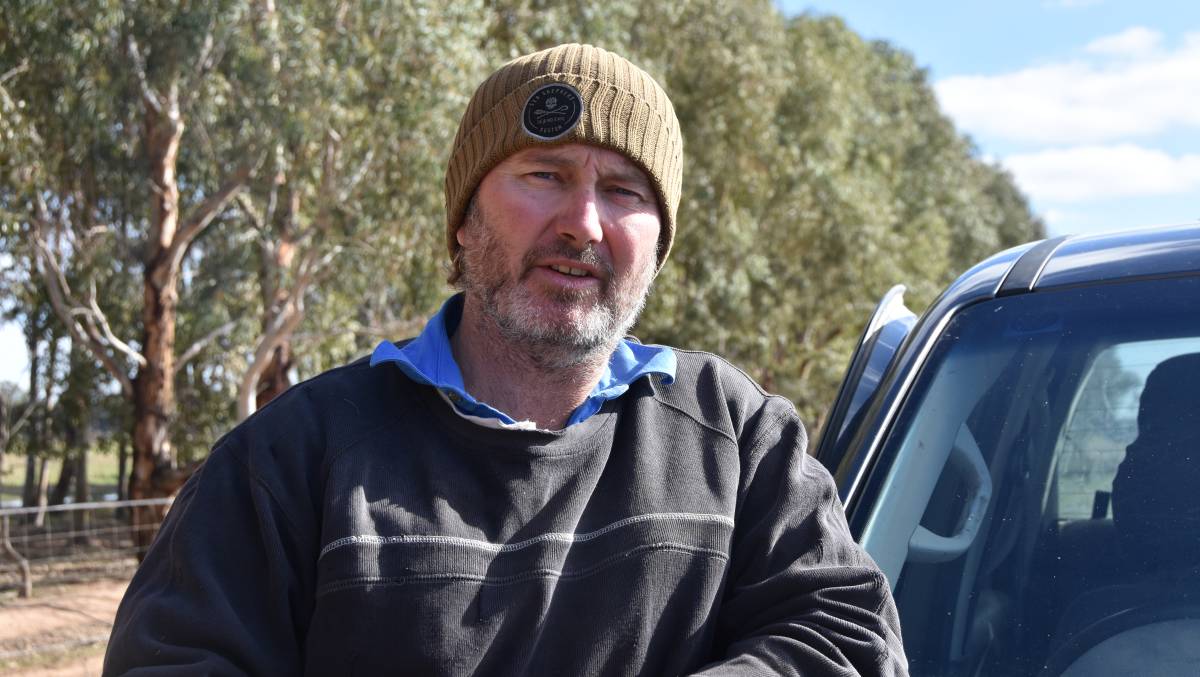 Good rainfall should lead to an increase in general security allocations, say irrigators.

Irrigators in the NSW Riverina say they're struggling to understand why authorities appear to be taking a very conservative approach to general security allocations, given the recent rain in the catchments.

The latest seasonal allocations saw a nine per cent increase for general security in the NSW Murray, bringing it to 26 per cent for the year.

The NSW Murray resource had improved by about 195,000 megalitres (ML) since the last assessment, through rainfall and reduced losses.

Michael Hughes, Rawalak, Morago, said his biggest concern was in the forecast, for allocations, for the rest of the season.

"They are indicating little to no change of any improvement between now and February 2021," Mr Hughes said.

"I cannot understand how they can determine that, particularly with a La Nina forecast."

The Bureau of Meteorology says Australia is currently reaping the benefits of a La Nina, which typically brings more rain in spring and summer.

"All the La Nina triggers have been met, we are in a La Nina weather pattern, which we know, categorically will develop more rainfall."

Mr Hughes said the BoM was adamant the La Nina would bring more rain, a position which was not shared by NSW water authorities.

"It means there is a lot more ambiguity. There are lot of us that would like to plant a summer crop, but we don't have water requirements.

"If you take into consideration the WaterNSW assessment, you would see we are not going to achieve much more allocation, so any additional water that in need to complete my summer programme will have to come from the market.

"If 80 per cent of irrigators are going to do that, you know what the market is going to do, it's going to skyrocket."

Mr Hughes said he had secured water for corn and livestock and had prepared some ground for rice.

"At this stage,I am just sitting on the fence, I just don't know if I have enough to complete a meaningful rice crop.

"We are not absolutely certain we will achieve much more out of the allocation process.

"The way I see it, the department now has a mindset that there's no more allocation and that's how it will happen, regardless of the inflows."

Moulamein ricegrower Jeremy Morton said he had "almost given up" on rainfall probabilities.

It's a perfect example of a flaw in the Basin Plan. Outcomes are modelled on 80GL at Tocumwal, current limit is 15GL & lifting the limit to 30GL is far from settled. 30GL + supply measures delivers bang for your buck & requires less water but they've already bought the water.

The BoM outlines the probability of how much rain will fall, under various climate scenarios.

Allocation policy was overlaid on the probability of how much rain would fall.

"That's where it gets interesting, because that's very subjective.

"They have some hard and fast rules about how they allocate water, but they also have an eye to the future and what they call high priority needs on July 1."

He said that it was all dependent on inflows.

I still reckon we’re being dudded, unless @MD_Basin_Auth or @theCEWH want to confirm that the 6,748ML day above SA Entitlement is 100% EWater. Plus emptying Lake Victoria while saying they’re going to fill it. I don’t believe them.#RippedOffpic.twitter.com/OGnYwNmNtT

If the La Nina did continue, he said he couldn't see why there wouldn't be an increase in water availability.

"NSW will always contend they allocate water aggressively, they used to be more aggressive, but they have become very conservative, in my view, especially in the face of lower inflows."

Still struggling to understand why there isn't an unregulated event in the Murray, we had unregulated flows through July & September & yet these high flows mean nothing. Maybe the MDBA are storing water in the Barmah-Millewa Forest. pic.twitter.com/XUytefY261

Southern Riverina Irrigators chair Chris Brooks said low allocations were part of the "complete unknown, as to how they work the system.'

He said the Hume Dam was 76 per cent full.

'There is a substantially increased volume there, but they don't want to look at giving it out as NSW general security - how is that possible, how does that work?" Mr Brooks said.

"Part of the allocation is subject to the volume in the dams.

"All this region wants to do is put in a summer crop, to grow rice and food, which we need in this pandemic, rather than relying on importing it from Vietnam."

Mr Brooks said the Murray River was in flood at the moment.

'That means its cascading through Yarrawonga at 16,000 megalitres a day, thats' traditionally been available to the Murray irrigators, but they are allowing that to flood the Barmah Forest for the fifth time, in three years."

The barrages were also open at the river mouth.

'This is a waste of water, it's not doing any environmental good, it's not giving any economic benefits."

A spokesperson for the Department of Planning, Industry and Environment said it made allocations, based on resources that were currently available.

"While current forecasts show it is highly likely we'll experience good rainfall in coming months, until that rainfall translates to river flow and is captured in storages, it cannot be allocated," the spokesperson said.

"Water users expect certainty in their account water which is why the Department will not risk allocating water based on future wet weather forecasts or La Nina prospects."