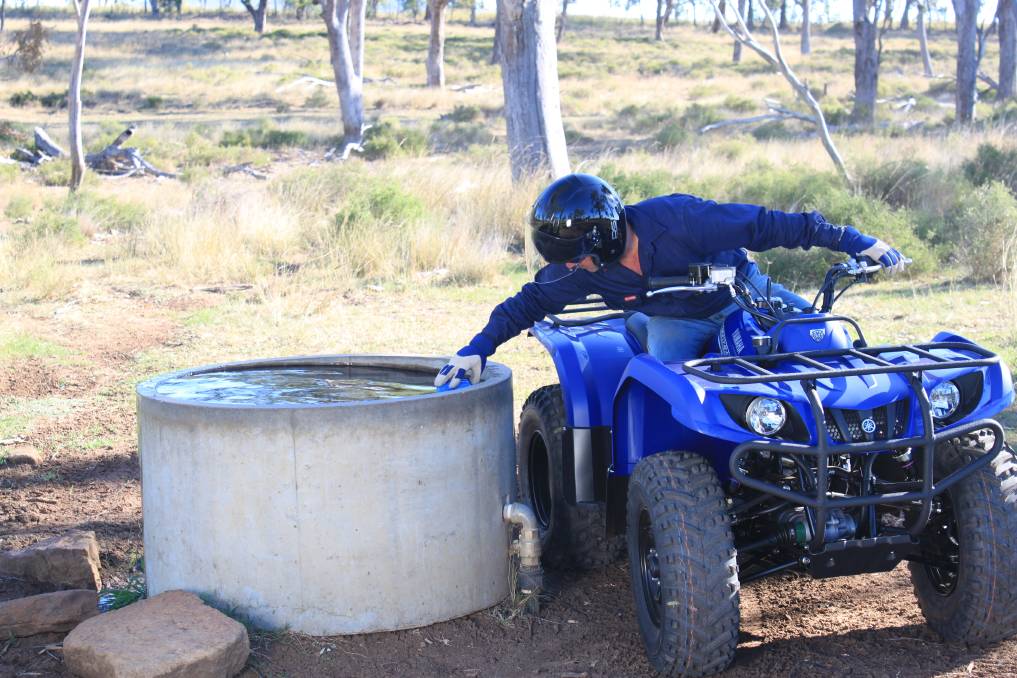 SALES BOUNCE: The peak automotive industry body says sales of quad bikes have soared on the back of fears that major manufacturers will quit the Australian market at the end of next year.

Sales of quad bikes and side-by-sides have soared in the first nine months of 2020.

The peak automotive industry body says nervousness about the withdrawal next year of many popular brands of imported quad bikes is continuing to fuel booming sales of the machines in Australia.

Sales figures for the first nine months of the year released by the Federal Chamber of Automotive Industries (FCAI) show sales of new motorcycles and off-highway vehicles (which include quads and side-by-sides) jumped by 26.4 per cent to 79,623.

Chief executive of the FCAI Tony Weber said the strong sales results were in direct contrast to most major Australian industry sectors, many of which had reported negative growth during the COVID-19 pandemic.

"Off-road bikes have grown in popularity as people turn to close-to-home recreational pursuits during the pandemic restrictions," he said.

"And off-highway vehicles - which include both ATVs and SSVs - are in strong demand due to the implementation of controversial Government legislation which will see the quality ATV brands exit the Australian market," Mr Weber said.

The FCAI has been one of the harshest critics of the Federal Government's decision to accept an Australian Competition and Consumer Commission (ACCC) recommendation for the compulsory fitting of rollover devices on all new and directly imported second-hand quad bikes from October next year along with a mandatory standard for stability.

The decision was part of a two-part plan to reduce off-road deaths on quad bikes with compulsory stability testing of imported new and second-hand quad bikes introduced earlier this month. The results must now be displayed on a hang tag at the point of sale.

Some of the major quad bike manufacturers including Honda and Yamaha responded to the mandatory fitting of rollover devices by announcing they would quit the Australian market next year.

Some farmers have also been critical of the move with peak Queensland farm lobby AgForce calling for the dumping of the push for mandatory operator protection devices in favour of a compulsory national learner training and licence scheme for all riders with quad bike owners making individual choices about fitting rollover devices.

The ACCC has dismissed the idea, saying quad bikes were ridden almost exclusively in off-road, private-property locations which made the enforcement of any licensing requirement extremely difficult.

"Licensing requirements would be very much at state government level. The potential powers they could use are the workplace health and safety powers but that is quite problematic from our perspective," ACCC deputy chairman Mick Keogh said.

The FCAI's Mr Weber said while the market remained slow, the industry was hoping to see an increasingly positive trend as barriers to purchase were eased and consumer confidence returned.

COVID-19 health restrictions across Australia continued to be wound back while the Federal Government had recently eased lending conditions for private buyers and small business in Australia, he said.

"Restrictive lending practices have been one of the major factors contributing to the declining new vehicle market which has seen 30 consecutive months of decreasing sales in Australia," Mr Weber said

Victoria, the state worst hit by COVID-19 lockdowns, suffered a 57.7pc slide in new vehicle sales in September to 10,447.

In contrast, sales were up 3.4pc in the ACT, 10.6pc in the Northern Territory and 1.5pc in Western Australia.

During the month 17,720 passenger vehicle were sold, representing 25.7pc of the total market.