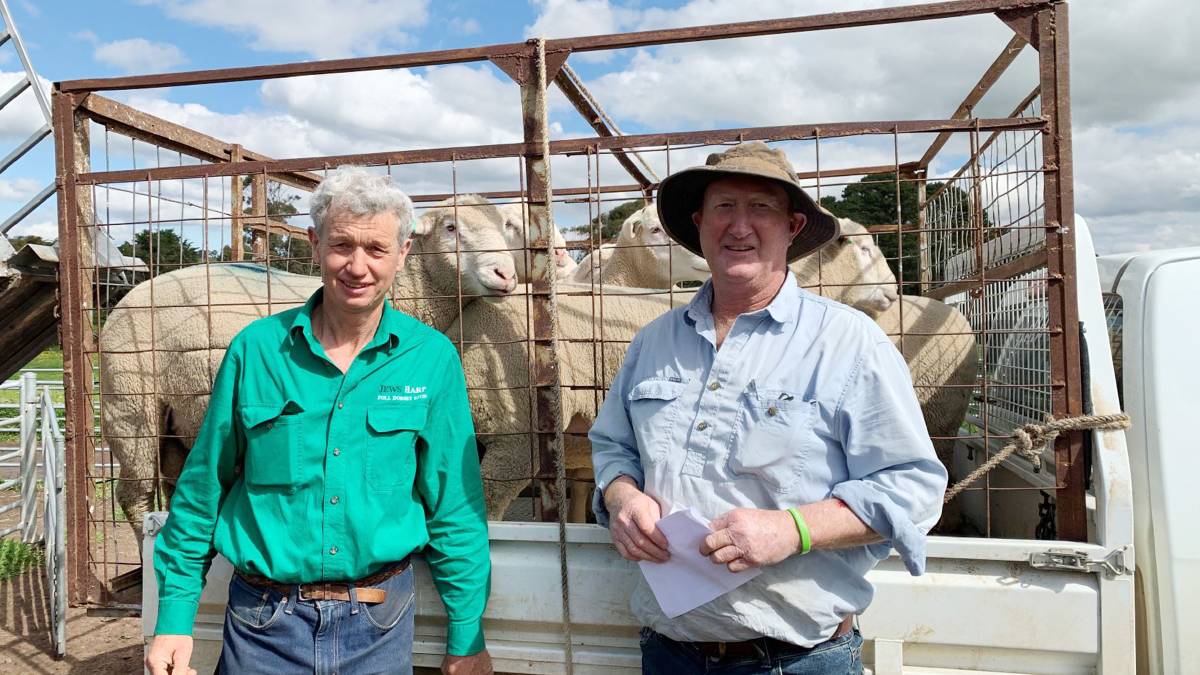 The strength of lamb prices as well as first cross ewe prices were major factors in a huge jump in sale averages across three breeds at the O'Sullivan family's on-property sale.

Strong competition saw top prices and averages, across the three breeds jump with the Borders being a standout lifting their average by $856 - more than double 2019.

"It's a bit of a rebuild with a good season and people are keeping older ewes on and joining a few more to terminals," he said.

"The season is so good across so much of Victoria."

He said the season had been in their favour with good spring rains and the rams had grown well and "we were able to produce a good even line of rams".

"Overall, the rams were very consistent," he said.

Mr O'Sullivan said it was an average sized crowd because of COVID restrictions.

The competition was strong and with AuctionsPlus for the first time, the coverage was a key platform, he said.

Baynton Border Leicester principal Martin O'Sullivan said it was "a great time to be in Borders".

He said the strong lamb market and prices for first cross ewes were contributing factors.

The top price ram was sold via interface with AuctionsPlus to Leigh Hartwig, Ivadene Poll Dorset Stud, Greta, for $5100. The ram carried an eye muscle depth (EMD) figure of 3.2 millimetres, 18 for post weaning weight (PWWT), and 159 on the total carcase production (TCP) index.

Five Baynton Border Leicester rams sold for the top price of $2000. These were shared between Anthony Barri and Bungeeltap.

The second top price for the Border Leicesters was $1800. This ram was sold to Mark Walters, Elphinstone.

Three rams were sold for the second top price of $1500 to the Shanahan's from Kilmore and Peter and Helen Bennett from Mia Mia.