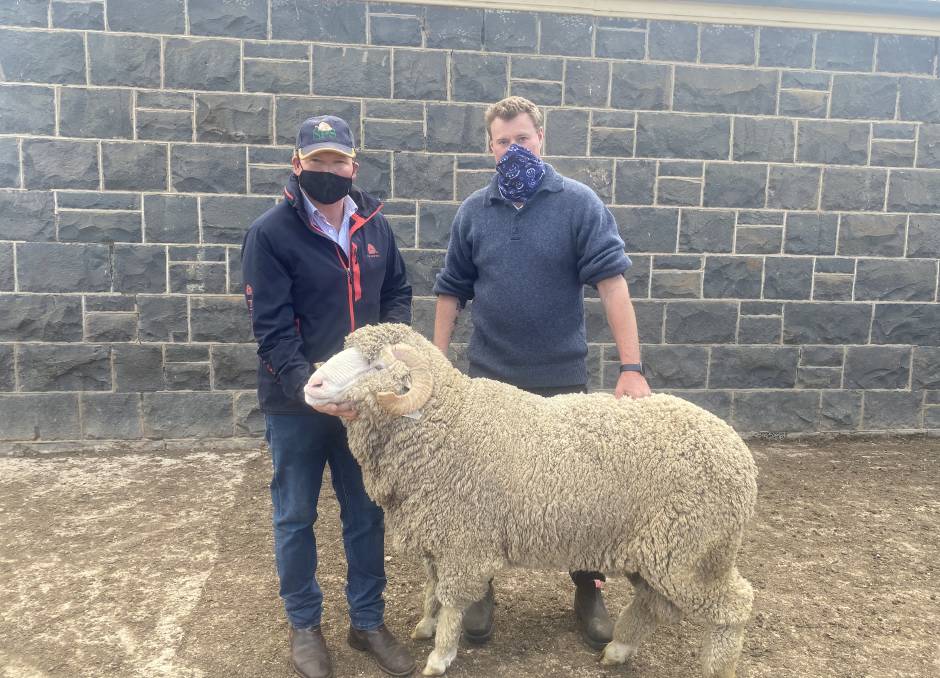 Repeat buyers as well as new buyers laid the foundation for a strong sale result at Stud Park South.

Stud Park South principal, Pat Millear said he was "really pleased with the strength of the sale and that his clients, new and regular, secured the rams of their choice".

"These rams have stood up extremely well in this wetter than usual year. Their wools were white and bright displaying even crimp with long staples," he said.

The top price horn ram was sired by WP 225 and was purchased by new client, Matt Brady, Moyston.

Drew McRae, Willaura, who's family have been buying SPS rams for more than 10 years, picked up four rams to average $2187.

The sale was conducted by Elders Ararat with Ross Milne auctioneer.