BoM climatologist Dr Andrew Watkins highlights the stark contrast in conditions from 2019 to this year. 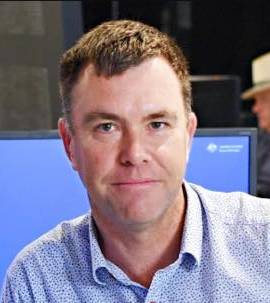 As we head into summer, the difference in seasonal conditions between 2019 and 2020 is very stark, according to Bureau of Meteorology climatologist Dr Andrew Watkins.

The latest Climate Driver update from the Bureau of Meteorology (BoM) highlights that we are well into a La Nina event now.

The La Nina indicators are the strongest we have seen since early 2012.

Typically this means wetter conditions for Victoria during spring, with the strongest impact across northern and central parts of the state.

But no part of Victoria is immune to the impacts of La Nina at this time of year.

We have certainly seen that impact during October, with much of the state receiving more than 125 per cent of its usual rainfall for the month.

The biggest falls have been over the high country of north eastern Victoria, where small areas have had in excess of 300 millimetres of October rain.

This is in very stark contrast to October last year, when - for the whole of the month - nowhere in the state recorded even average rainfall.

In 2019, most areas in the north of the state received less than 40 per cent of their October totals. While in the south, it was a little better - with closer to 50 per cent of typical rainfall in the gauge.

The contrast between 2020 rainfall and the 2019 dry October is so stark that the difference in vegetation health can even be seen from space.

This year, La Nina is being boosted slightly by our spring weather systems being a little further south than usual.

This means we are getting more moisture drawn-in from the warm Tasman Sea, and systems are moving a little more slowly as they cross us.

But last year at this time, we had two big climate drivers in play - both pushing us drier than normal.

While we did not have an El Nino (the opposite of La Nina) in 2019, we did have a very strong positive Indian Ocean Dipole (IOD).

This occurs when there are cooler than average waters off Indonesia and north west Australia, which effectively causes a reduction in moisture coming across the continent - and higher pressure over the state.

During a positive IOD, spring in Victoria is typically very dry right across the state, with only some parts of the south being a little closer to usual conditions.

Reinforcing this, we had weather systems further north than usual last year - which was the opposite of 2020.

These systems acted to block weather coming from the west and delivering rain off the Southern Ocean.

Our climate in Victoria is driven by oceans far away.

The difference between 2019 and 2020, especially leading into summer, couldn't make that more stark.