Cattle values at the Kerr & Co sale were boosted by the season and top genetics with strong demand across the board. 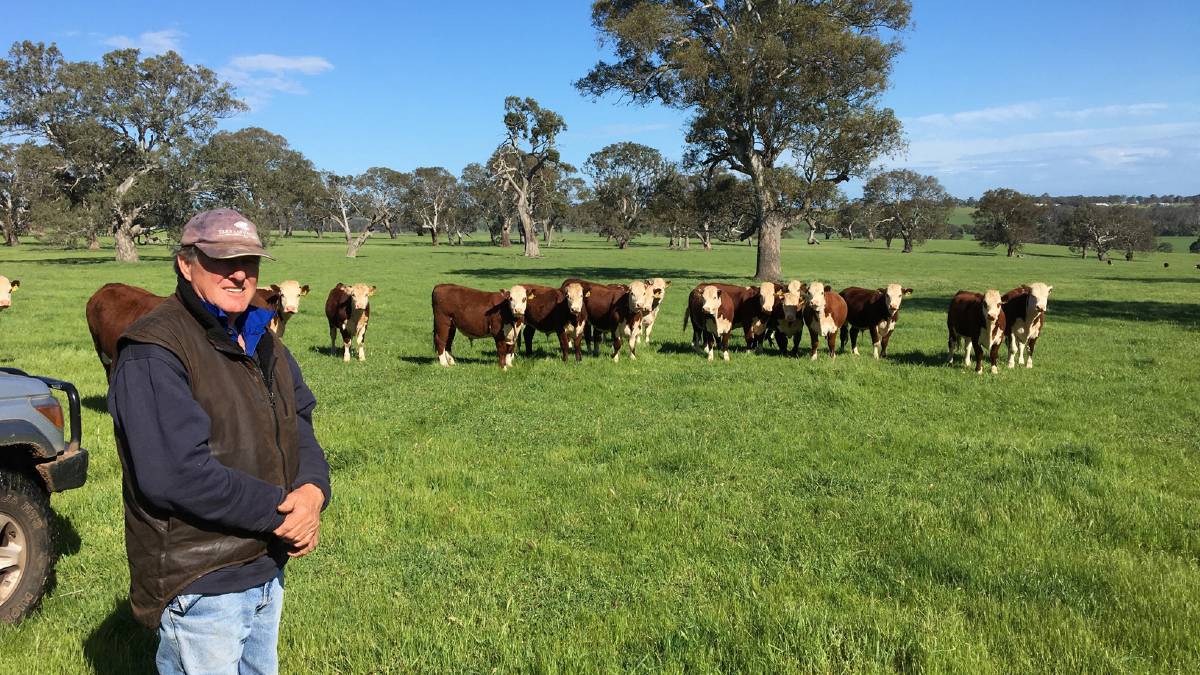 There was universal praise for the yarding of 2609 cattle at the annual Elders Kerr & Co annual feature spring sale Thursday.

Buyers from all segments of the industry attended while AuctionsPlus also had a major presence.

Kerr & Co auctioneer Craig Pertzel said they had been holding the annual sale for 20 years and this year's cattle were "just outstanding".

The season has been good but the breeding over the past five to ten years has improved out of sight," he said.

"That was reflected in the cattle today - they were exceptional quality.

"The people that are dead set in the job to do it properly don't mind spending $10,000 for bulls."

He said bullock fatteners jumped in on the 16-18 month old steers.

"When we went onto the spring-drop cattle, 12-14 months and tuching 500kg a head were outstanding. Bullock fatteners bought them, feedlottes bought them, backgrounders bought them - that was the highlght of the sale for me," he said.

Mr Pertzel said it was "encouraging" to see the number of heifers going back to the paddock for breeding and they made above expectations at 460-470c/kg.

A magnificent line of 161 Murray Grey steers were forwarded by the Boyd family, Greenhills, and were mostly picked up by feedlotters.

Top price per kilo was 564c/kg paid for a pen of 41 weaners steers forwarded account Tathra. The pen weighed 244kg and made $1376.