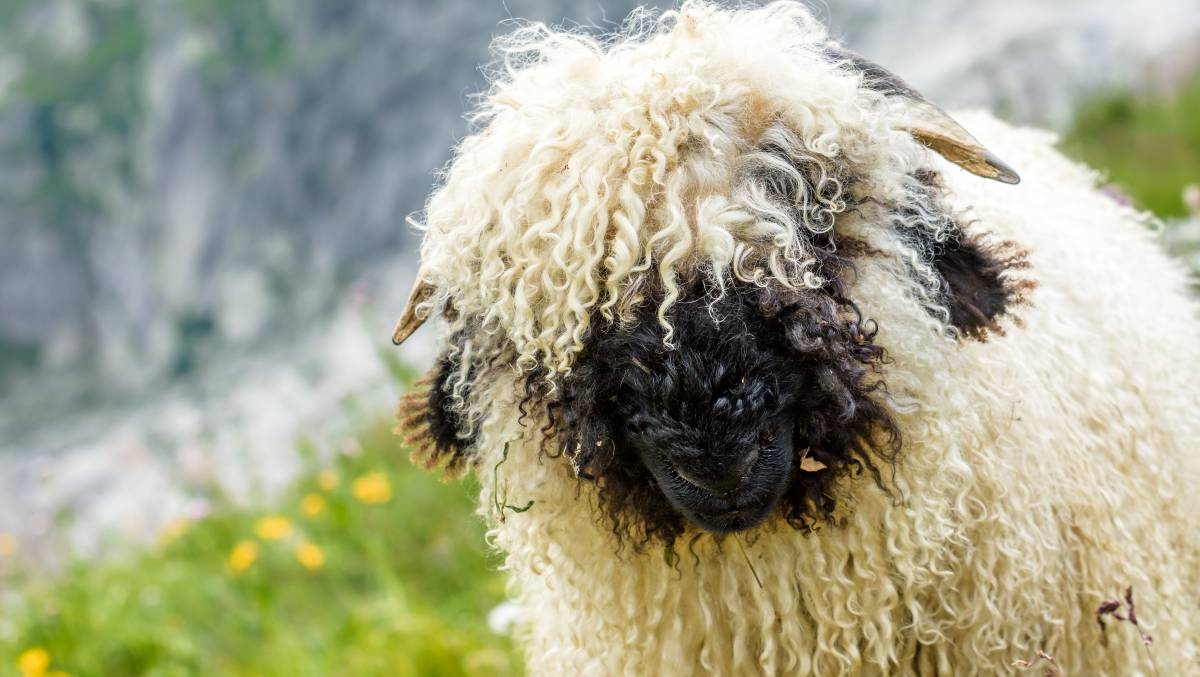 Valais Blacknose sheep are commonly referred to as the "world's cutest sheep" but should they be allowed in Australia? Photo: Shutterstock

A unique sheep breed commonly referred to as "the world's cutest sheep" is creating something of a biosecurity storm in Australia.

A unique sheep breed commonly referred to as "the world's cutest sheep" is creating something of a biosecurity storm in Australia.

Valais Blacknose sheep originated from Switzerland and can now be found around the world in places like Europe, the United States and New Zealand.

The breed comes from countries that are not free of scrapie - a transmissible spongiform encephalopathy (TSE) disease which affects the central nervous system of sheep and goats and leads to the animals scratching or scraping patches of their fleece until skin is exposed, ultimately leading to their death.

There are also some Valais Blacknose sheep which are not susceptible to scrapie, so they are able to carry and transmit the disease without showing any symptoms themselves.

Scrapie was found on a farm in Australia for the first time in 1952 but it was promptly eradicated and no cases have been reported since.

But Australia's scrapie-free status could now be under threat, with a company near Camperdown in western Victoria successfully importing the first Valais Blacknose genetics last week.

It's something that has greatly concerned the chairman of Victoria's branch of the Australian Stud Sheep Breeders Association Gavin Wall, who said the decision needed to be corrected before it brought the Australian sheep industry to its knees.

"This is the breed that sneaked into NZ under the radar and has caused the shutdown of sheep genetic imports from NZ into Australia and considerable angst for NZ stud sheep breeders," Mr Wall said.

"We cannot permit the same to happen here in Australia."

The NZ government relaxed its import regulations (which previous only allowed ovine embryo or semen imports from Australia) in 2015, enabling imports from the UK, France and Canada.

The change meant NZ was now exposed to a higher risk of diseases such as scrapie and in response, Australia banned all imports of sheep genetics from NZ.

Mr Wall said Australia should learn from NZ's mistake and halt imports of the breed before it threatened the sheep industry's biosecurity record.

He said the breed offered no commercial benefit to the Australian sheep industry, so the risk associated with importing the genetics did not match the potential gain.

"They are just a hobby breed, ask any genuine NZ sheep breeder," he said.

"Why jeopardise the entire sheep industry in Australia for the sake of a hobby breed that has no commercial relevance to the Australian sheep industry?"

Belinda Cardinal is from Caprotek, the company that imported the genetics, and she said she was 100 per cent certain the semen and embryos posed no risk to Australia's sheep industry.

Ms Cardinal said it had taken three years to get government approval, find the right sheep that met the strict requirements, and navigate through Brexit and COVID-19.

"Finding the sheep was the hardest part, the conditions the government had set were so strict, it made it nearly impossible," she said.

"Spreading a disease like scrapie would be the worst thing in the world, it's not something anyone would want to bring here.

"There's no question we've done everything we possibly could to ensure they're free from the disease."

She said the plan was to breed the sheep themselves and then once they were in a position they would help others get involved in the breed.

"We're selling a bit of semen at the moment but don't want to sell too much, we need to get live animals on the ground first," she said.

Sheep Producers Australia (SPA) chief executive Stephen Crisp said commercial sheep producers probably weren't too keen on the idea of "genetic material of what are basically pets" being imported into the country.

But Mr Crisp said in this case, the importer had done everything by the book, so he did not believe the import of the genetics posed a significant threat.

"From what I understand there was a process of over two years, to identify a genotype that was acceptable to Australian quarantine, along with testing of brain matter from the sire to basically guarantee that there was no possibility of placing the Australian sheep industry at risk," he said.

"There is genetic material brought into Australia under what some consider extreme protocols.

"SPA is supportive of the strict protocols, and in this particular case are satisfied that the measures the importer has had to comply with reduce the risk to industry to a negligible level."

Despite this, he wasn't in favour of an influx of Valais Blacknose genetics being imported into the country.

"Risk is a numbers game and we would certainly not wish to see any volume of product or 'streamlining' of the protocol that would encourage this on a widespread basis," he said.

Dr McCann said the TSEFAP - which was established in 2004 to integrate all TSE measures into one national program - ensured rigorous testing was conducted before any sheep genetics from countries that weren't scrapie-free were allowed into Australia.

He said this included euthanising sheep before extracting their embryos or semen, to be able to analyse its brain and spinal cord samples.

He said the government would only actually allow the importation of genetics that came from sheep that were susceptible to scrapie.

"The government's concern is that if you have an animal that is genetically resistant to scrapie and it contracts it, the scrapie may be undetectable and then spreadable," he said.

He said even though Valais Blacknose sheep were raised in countries that did have scrapie present, he didn't believe the recent importation posed a significant risk given the testing that was conducted beforehand.

"Australia's testing regime is the most rigorous that I know of," he said.

A Department of Agriculture, Water and Environment spokesperson confirmed the genotype in the recent import was assessed as being susceptible to scrapie, therefore likely to yield accurate test results when assessed against Australia's import requirements.

The spokesperson said the permits were issued to Caprotek as they passed all import requirements.