Regular clients together with new and returning buyers achieved a good result for Stavely Park. 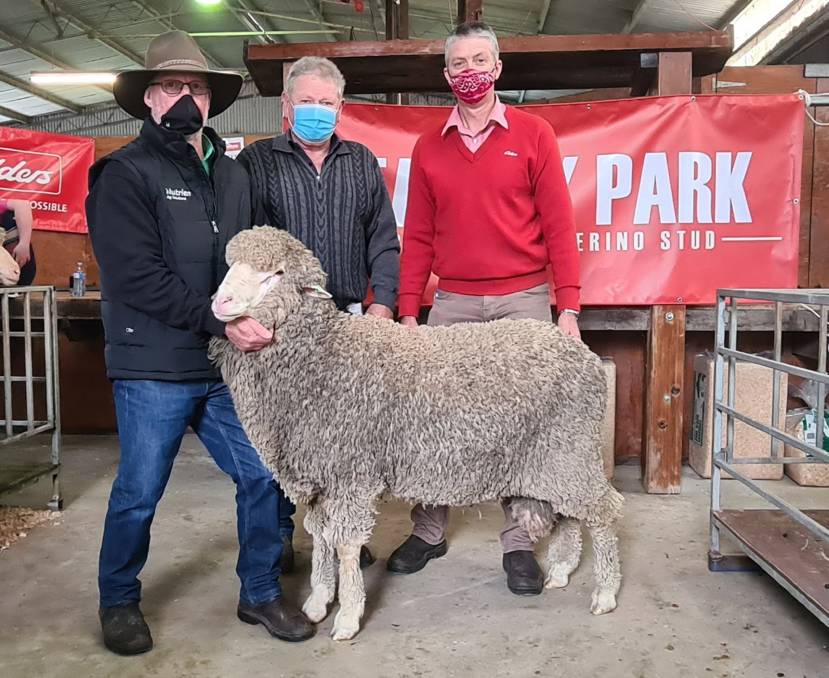 It was a "pleasing result" at the 19th annual Stavely Park Merino and Poll Merino ram sale at Stavely.

The Brady family presented 70 rams for a large group of buyers, achieving a clearance of 65 of 70 rams at an average of $2152.

Mr Bibby was also a volume buyer paying an average of $3350 for a total of five rams.

The same buyer bought a total of three rams to average of $3167.

The Stavely Park principals were pleased to see loyal clients, new clients and returning clients from previous years among the crowd.

One client Lance Chamberlain, Koroit, returned after a 10 year absence to buy three rams for an average of $1917.

Sponsored by
A view from our readers.
Test
A startup in Mollongghip is working to create hydrogen from farm waste.
Test
January has been cooler than average to date, but change is on the way for Australia Day.
Test
A look at how the lamb and mutton markets are playing out.
Test
Good news for Tassie's next vintage.
Test
COMMENT: Peak lobby body campaigns for the right to keep productive farming land productive.
Test
Livestock agent queries consultation over duty increase.
Test
Livestock service providers to be the "eyes and ears" of a new Tasmanian biosecurity network.
Test