In arguably one of the most important milestones for the breed, Australian Shorthorns have claimed the highest honour in the most prestigious carcase competition in the country.

The Borthwick Trophy was awarded to the breed judged during the 2020 Royal Agricultural Society of Victoria's Hoof and Hook Competition.

The breed received 328 points out of a total score of 400 and knocked off rivals Angus and Hereford which polled in second and third, respectively.

The competition featured teams of three purebred steers which were judged at the hoof, and hook after processing.

RASV Beef Cattle Committee chairman David Bolton, Congupna, said 11 breeds and 138 steers were inspected in the lead-up to the winner being announced in early October.

"This was the only hoof and hook competition to happen in Australia this year due to COVID-19 and it is particularly important for Australian Shorthorns as it's the first award of its kind the breed has won," Mr Bolton said. 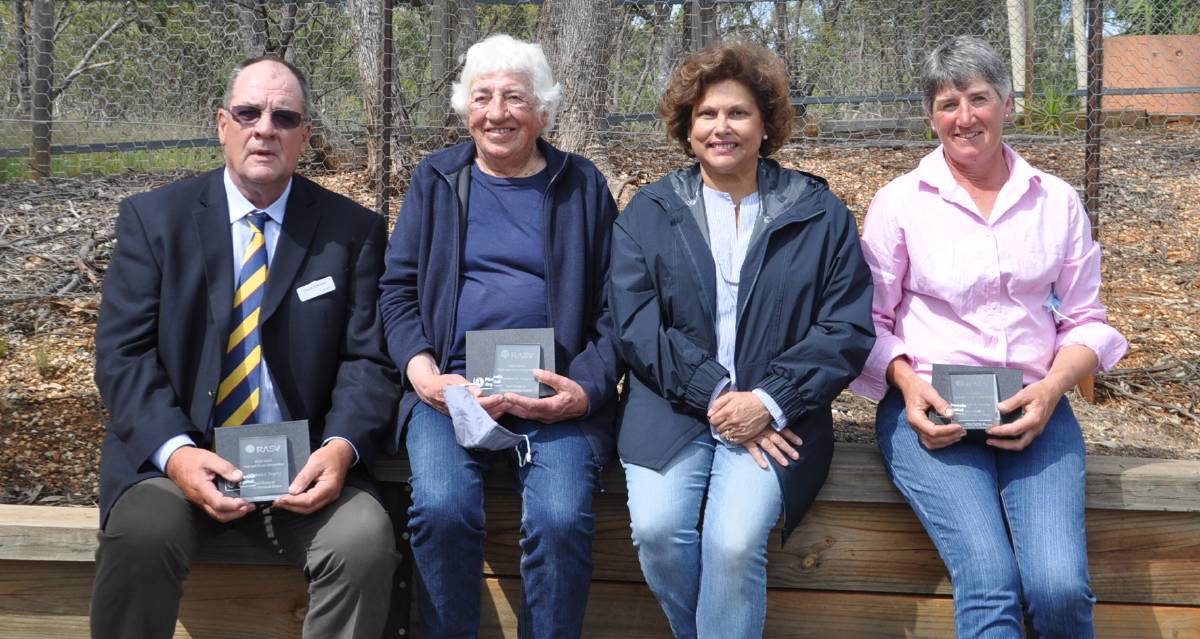 David Spencer, Spencer Family Shorthorns, donated one of the Australian Shorthorns featured in the competition which was finished and presented by Rutherglen High School.

"It's a very sought-after award at the Royal Melbourne Show each year and it's right up there in any of the steer competitions across Australia," Mr Spencer said.

Another one of the three steers, presented by the Harris family of Meadow Vale Australian Shorthorns, was sired by one of Mr Spencer's sires, Spencer Family Zephyr.

"The high school and the Harris family did a fantastic job on preparing these animals," Mr Spencer said.

"They fed them correctly to the degree the fat-to-muscle ratio was spot on and they ought to be congratulated on that."

"Australian Shorthorns have never achieved something like this and these kinds of awards don't come easy," Ms Harris said.

"It is immensely positive and will assist people who are looking to select a breed right from your farmers looking to put cattle into the paddock through to your butchers at the other end.

"They had plenty of fat cover where it counted ... and plenty of strength through the primal cuts of meat where the points were made," Mr Elliott said.