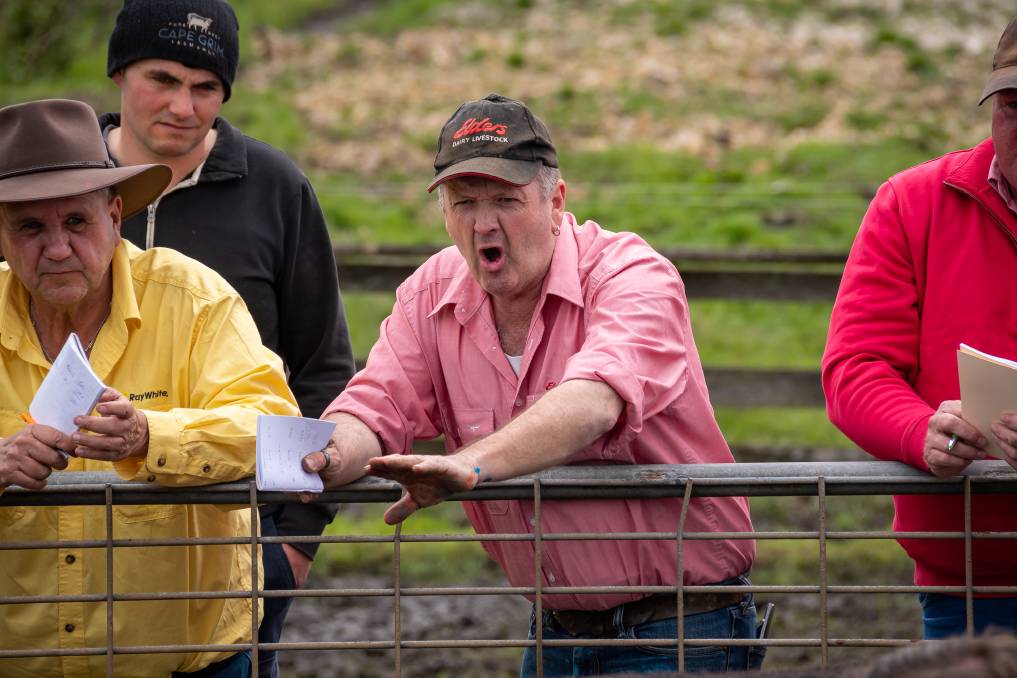 The farmer from Forth was buzzing with energy after the sale wrapped up at its temporary location at Smithton.

"It went beyond our wildest dreams," he said.

"The cattle prices were excellent. It was a community thing and it was a great feeling. A lot of people were talking about it being a thing for the people and by the people, and that's what the feeling was like."

The North West Community Market Committee was set up by a group of local farmers, butchers and livestock agents after the Coast's last saleyards at Quoiba were shut down.

Mr Badcock said the saleyards at Smithton would hold regular sales for the next six months as a trial to gauge interest in a more permanent arrangement.

"In the case of a lot of saleyards, this time of the year is prime time for sales. The grass is growing, people want to buy."

He said the NWCM committee's hope was that the trial would prove the North-West meat industry could support its own, independently-run saleyards.

"It's a little bit further away than we want it. If this is successful we will develop something closer to Burnie or Devonport," he said.

"It has to stand up economically. If we move to the next stage we have to really make sure the figures support it."

"If this is successful then there's also some interest in developing an abattoir.

Labor MHA for Braddon Shane Broad also attended the first sale, and said it was a "proud moment".

"This is something that people said the community didn't want, they said that it couldn't happen that it wouldn't be supported," he said.

"There's cars parked everywhere, there's trucks been up and down this road all day by the look of it."

He said he hoped the trial would lead to a more permanent arrangement.

"If the community supports it - and I think they will - then what we need is a permanent solution," he said.

"The North-West needs the saleyards ...It's not just for the cattle, it's about getting together, meeting up, having that community event on a regular basis and not just going to the middle of Tasmania.

"Hopefully this will provide the impetus for saleyards to be set up further along the coast."

The story Smithton sales to success first appeared on The Advocate.