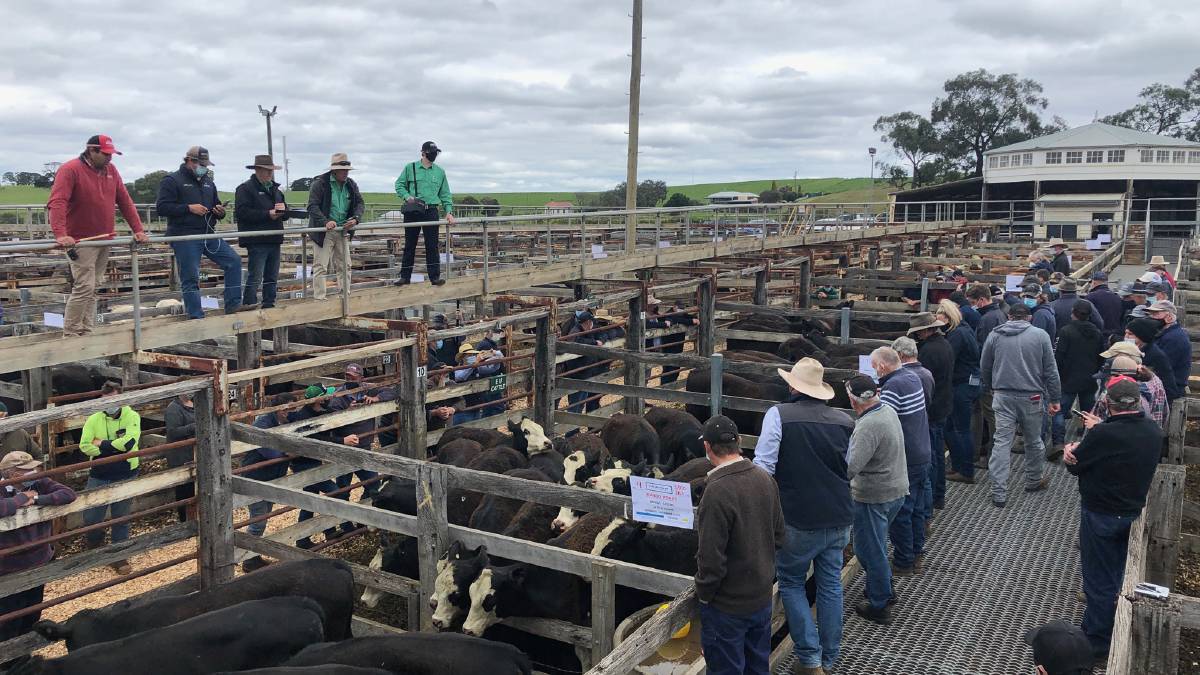 The complete yarding of 676 store cattle at Casterton averaged 437 cents a kilogram, or $1512 a head.

The annual spring store sale saw a mixed yarding of cattle that sold to strong competition both in-person and online through AuctionsPlus.

It was the centre's first sale since the January weaner sales, but was quoted as at similar levels to sales across western Victoria.

Elders auctioneer Sam Broomby, Casterton, said said it was a "very, very good sale - a lot better than we were all expecting", he said.

He said it compared favorably with other sales, if not slightly better.

"We might not have had the quality that some other centres have had, but the prices were similar, if not a fraction better," he said.

There were a lot of backgrounders operating, "with plenty of grass about south-east SA and Victoria pushing that along".

Nutrien auctioneer, Greg Bright, said the online platform had helped the job along.

He said the sale was extremely strong with the south east of SA and south west of Victoria lending most support.