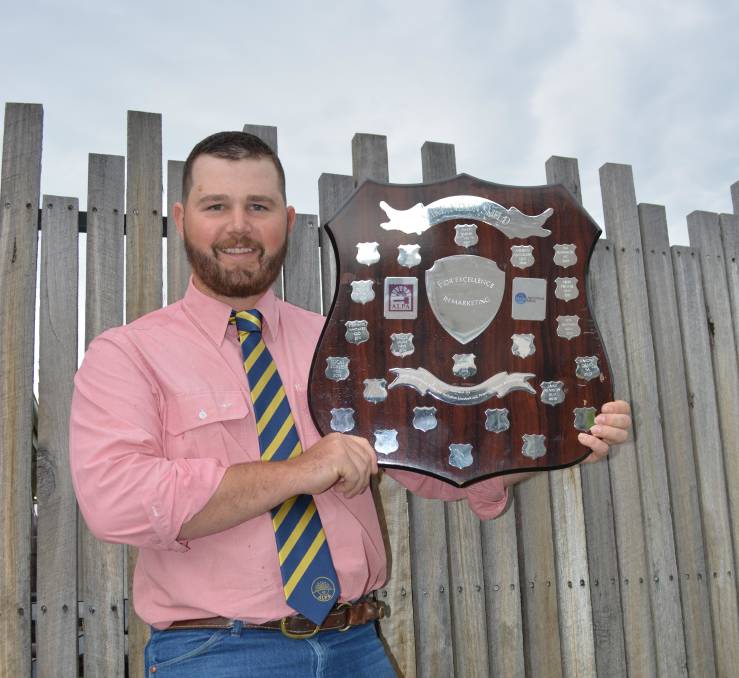 INNOVATION in rural property sales has been recognised during the judging of the ALPA ACM Agency Award last Friday.

Elders Gundagai agent Jake Smith took out the highly prestigious award for those working in an agency with less than 10 years of experience.

The win earns Mr Smith his name on the Mike Nixon Memorial Shield, $1000 cash, and a fully paid trip to an agricultural tour of his choosing, compliments of Quadrant Ag Tours and Australian Community Media, which publishes The Land.

Mr Smith has worked as a livestock agent for about seven years, but the 25-year-old's entry for the ALPA ACM Agency Award related to his first property sale, which he completed earlier this year.

The property sale, which generated much media buzz at the time, was a 3700-hectare beef, prime lamb and wool aggregation owned by the Heavin family in the Jugiong district. The Heavin family are from Texas in the US and better known for their run of fitness franchises, Curves. 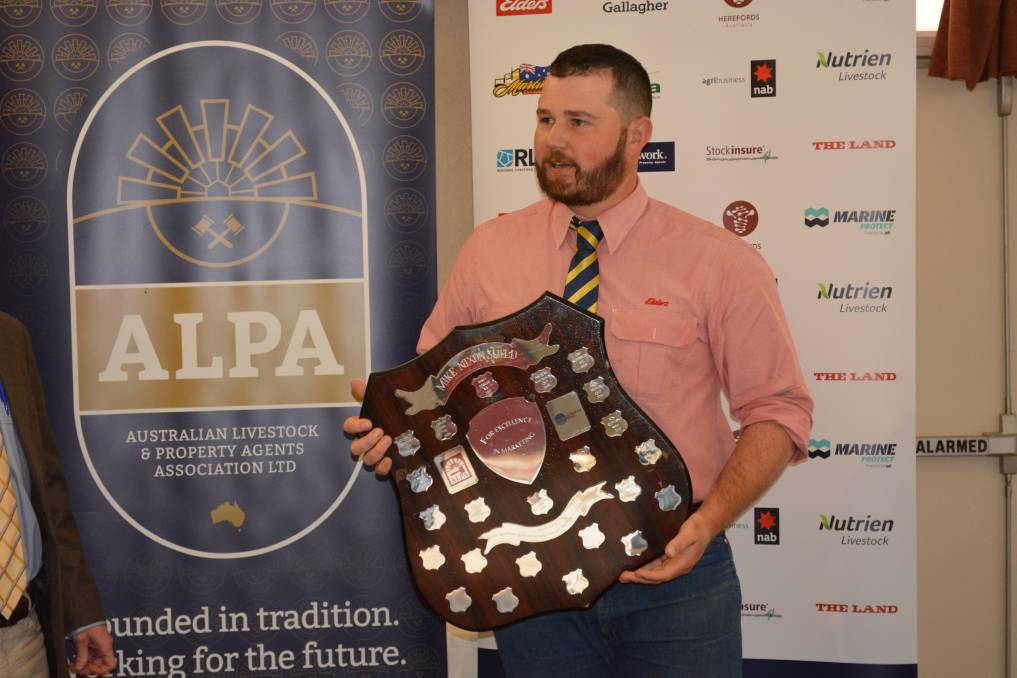 Mr Smith had been involved with marketing the family's livestock since late 2016 and was brought into the property sale process by the Heavin family. David Nolan was also brought in as a conjunctional agent with Elders Gundagai to sell the property.

Mr Smith said the the marketing was extensive and included utilising Cut Above productions to do the drone videos and photos, plus running editorial and advertising in The Land, Weekly Times and Webster Nolan Prestige property guide which targeted more than 24,000 people.

The property aggregation was sold well above expectation with a final figure for four blocks of land totalling $18.2 million.

The ability to value add at every level and capitalise on opportunities really well all the way through, and collect data in a way that enabled Mr Smith to demonstrate how the marketing program was delivering, impressed the panel of judges, according to co-judge and The Land editor Andrew Norris.

The other judges on the panel were Andrew Pitman, Pitman Deakin, Moree, and Ben Hindmarsh, Jim Hindmarsh and Son, Moss Vale. 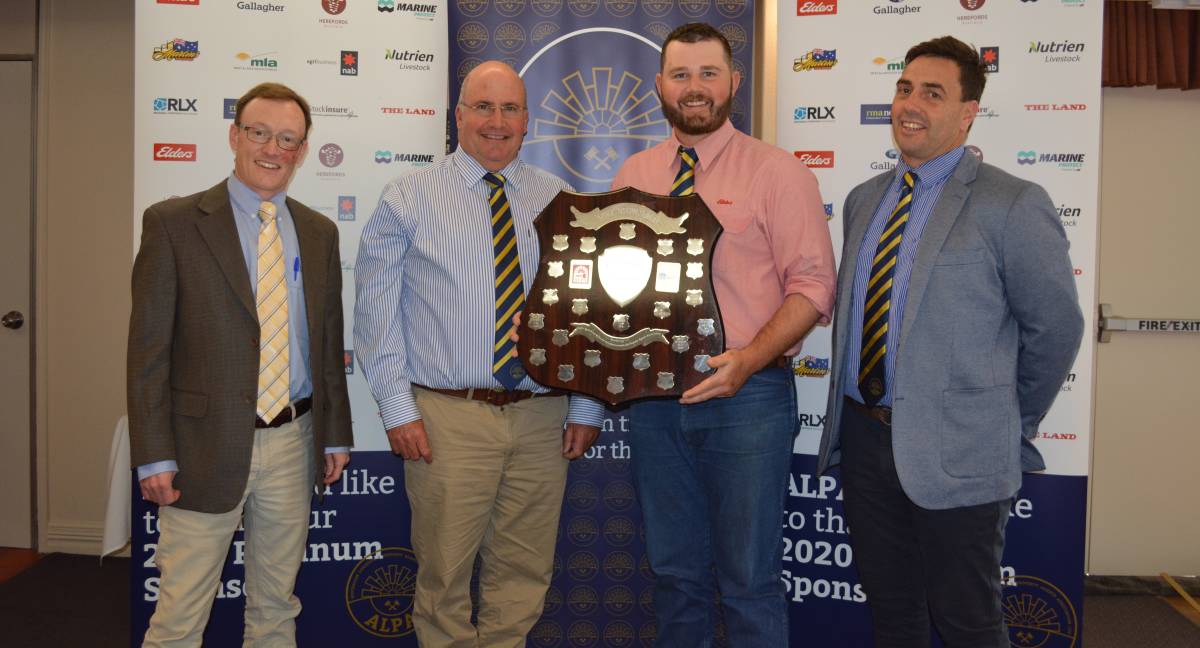 Mr Smith said being involved in the sale was a great learning experience not only for gaining a greater knowledge of rural property sales and how to market land, but also dealing with marketing videos, the huge number of phone calls and emails plus a large amount of social media advertising.

"As well as substantial self-advertising for myself and the business, it has significantly increased our public profile in the rural real estate market in our local area," he said.

Since the completion of the sale, he said there have been a number of enquiries regarding the potential sale of other properties.

"The nomination process assesses a candidate's expertise, largely focusing on innovative marketing, industry awareness, business relations and ethical behaviour and presentation and elocution, all imperative qualities of a well-rounded marketing professional," he said.

"The award celebrates unique marketing and innovation initiatives within the rural agency industry.

"It recognises the hard work of candidates and allows them to showcase their marketing talents."