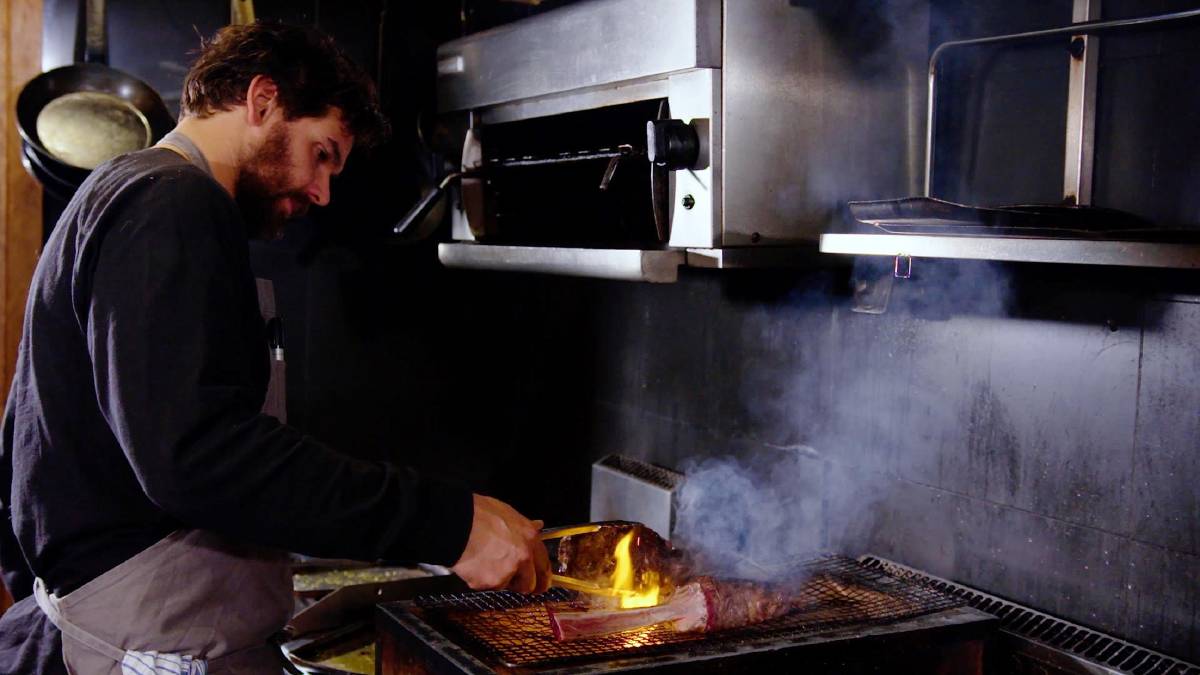 Since it's launch the Provenir mobile abattoir has covered off on provenance and traceabiity, now it has a big tick on taste.

Those behind the on-farm abattoir and processing unit have just been recognised with the "delicious. Produce Award Trophy for Outstanding Innovation, Sustainability & Community".

Provenir co-founder and chief executive Chris Balazs says the award was validation of the company's base pillars - on-farm processing, traceability and provenance.

He said while the Provenir processing unit ticked those boxes it was the approval of the chef judging panel of the taste of the final product that was most exciting.

"We had all the areas of feel good factors covered, but it still had to taste delicious and this award recognises that," he said.

Livestock processed on the farm was "the best way to go", chef, restaurateur and award judge Neil Perry said.

"It puts the farmer in control of the stress of the animal, which in turn creates amazing meat," he said.

"Provenir has created a sustainable model that is great for animal, environment and, most importantly, taste."

Onfarm processed beef from Provenir was now available for commercial sale to restaurants, retail and online.

Mr Balazs said the "dynamic consumer interaction" via the QR code on each beef product was really important.

Mr Balazs said the award was validation of what it was doing and the quality of the meat being produced.

"But it also said we are getting the quality right, to be able to sit on the tables of the top restaurants around Australia," he said.

"It recognised the hard work behind the business and it's another step in the maturation of Provenir beyond being seen as a bit of a novelty, to producing amazing quality beef."

He said the regulations to enable the onfarm processing in Victoria only came through on July 27 this year.

"We've always had strong support from farmers in Victoria. We've been on seven or eight farms in Victoria and others are being added," he said.

Mr Balazs said farmers were really impressed with the operation when able to view the process on their farm.

"We can give the farmers really detailed feedback on their cattle," he said.

"We always look at how we can value-add to the visit to the farmer's experience."

Farmer partner Lou Abey, Myrniong, said they processed their first animals recently after being attracted to the onfarm processing and control over the product.

"A lot of their [Provenir] values are what I have been running with in my own beef business," Ms Abey said.

"They have taken it that extra step. They also do a mix of animals for their different markets.

"It's a positive for the industry in general. The more people can know about where the beef comes from has to be a good thing."

Chef and co-founder Christopher Howe, said winning the award was "incredible validation for following our beliefs. It represents an amazing reward for the sheer determination of our founders, dedication of our entire Provenir team, and the astonishing support from our partnering farmers, home cooks, retailers and chefs".

"It's an amazing feeling taking out one of Australia's most prestigious, and highly respected food industry awards," he said.

Phil Larwill, Veterinarian and co-founder of Provenir, said the award was acknowledgement of the focus and values of the Provenir team, both past and present.

"The part I really love which is bridging the gap between producer and consumer, with all the opportunities that provides for stronger connections, greater understanding, valuing our food, education, and respect," he said

Provenir has created a sustainable model that is great for animal, environment and, most importantly, taste - Neil Perry, chef and award judge