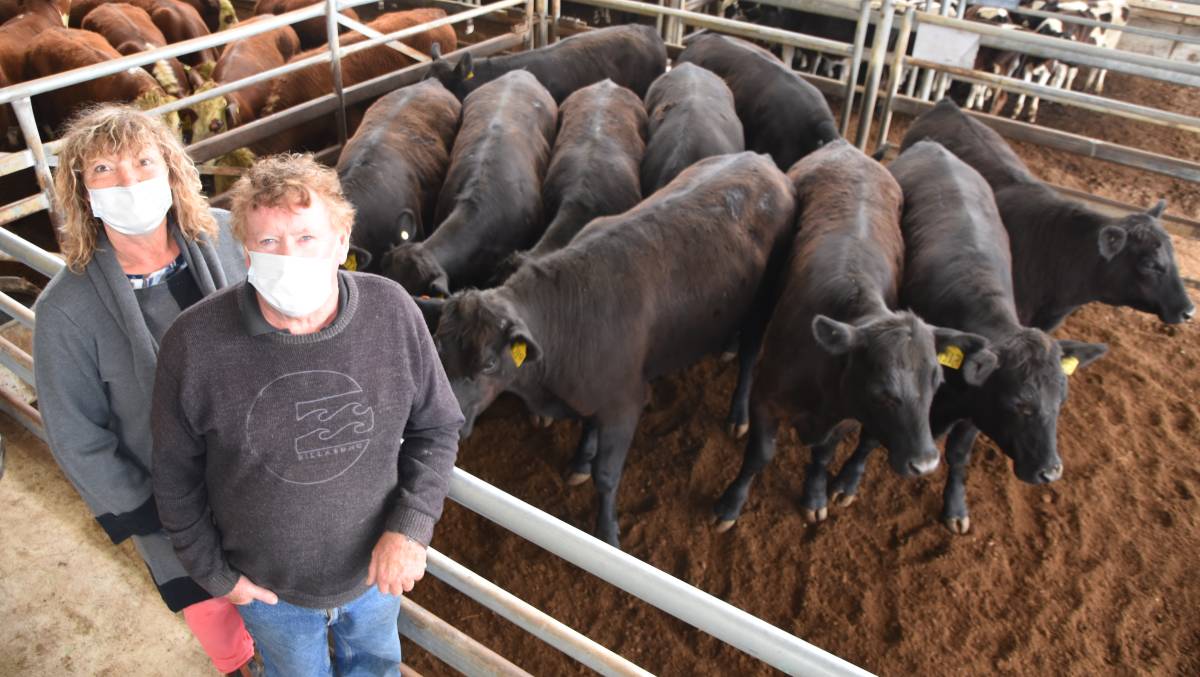 Vendors continued to receive in excess of 500 cents a kilogram for mixed sex calves at Bairnsdale on Friday despite a smaller yarding generally showing less condition.

Agents yarded 1050 cattle including 600 steers and 400 heifers in a market which was largely underpinned by agents buying on behalf of clients in South and West Gippsland.

Fewer feature lines of vendor-bred calves were on offer, while older and yearling-off cattle experienced slight prices, agents said, during a sale which was firm on the previous fortnight.

Sharp Fullgrabe director Graeme Fullgrabe said the quality of cattle was not as good as recent sales because the market featured several second and third runs of of vendors' cattle.

"We found cattle that weren't as good were still making the same money as their brothers and sisters a fortnight ago," Mr Fullgrabe said.

Nutrien Bairnsdale auctioneer Brad Obst said he had a better yarding of cattle compared to a fortnight ago, with many cattle showing signs of a good season.

"Competition was strong from South Gippsland buyers and they competed strongly with the West Gippsland blokes along with more local competition which was good.

"The cattle showed more weight about them in this sale ... most of the cattle were 280 to 300 kilograms so I think the yarding was a bit heavier.

"It was a firm market overall and probably the dollars are perhaps a bit better and that might have reflected in the heavier yarding."

Other dear pens included nine steers offered by Sue Capon, 501kg, which made $2080 or 451c/kg and was bought by Peter Lee, Garrison Cattle Feeders.

The dearest steer pen was for 14 steers by J Amey, 608kg, which made $2310 or 379c/kg and bought by Eddy Hams, Nutrien South Gippsland Livestock, for a client in South Gippsland.

Mr Hams bought about 120 steers in total for bullock fatteners in the south.

"The quality was nowhere near as good as a fortnight ago and the quality cattle that were here stood out because there wasn't as many of them," Mr Jones said.

"We had a lot of store cattle here today compared to a fortnight ago as well where cattle showed a lot more condition."

"We had three pens of John Clancy's heifers from Calulu and his two pens of young cattle sold extremely well and then the Sandy family had two pens of heifers up near Buchan and they made $1560 and $1540."

In the cow and calf section, Jim Pendergast, Benambra, dispersed 20 cows with calves at foot with plans afoot to change his operation to grow out steers.