Strong commodity prices and good seasons are driving demand for all forms of agricultural land. 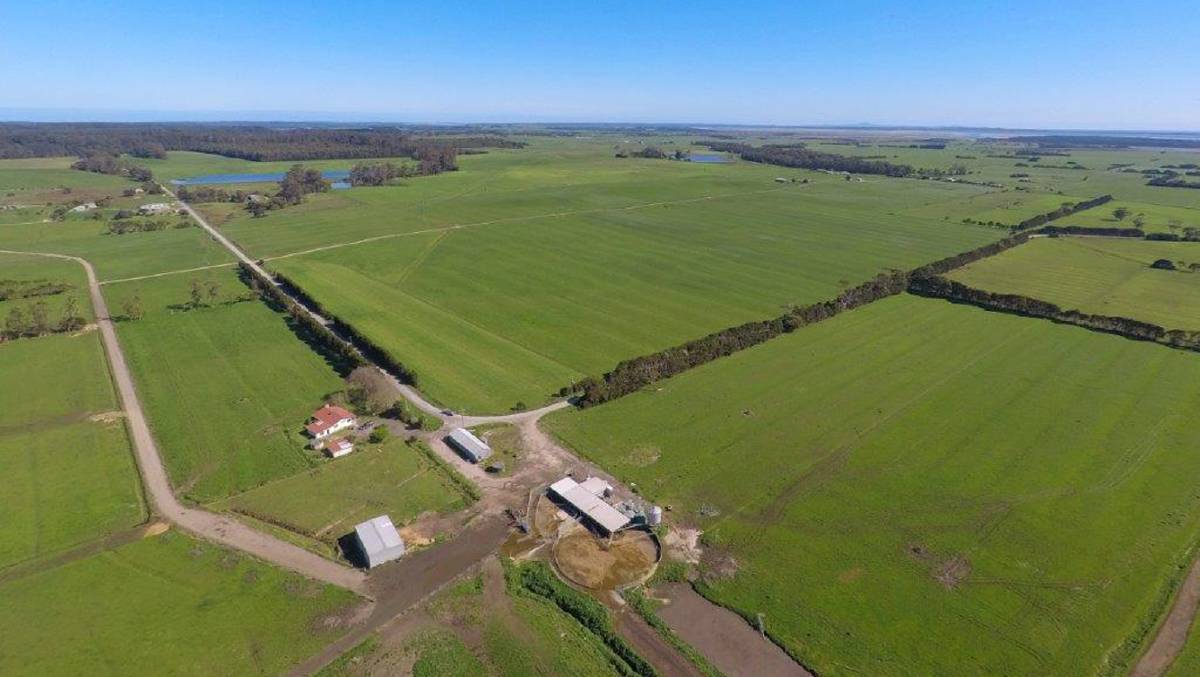 Tasmania's rural property market is enjoying a set of positives that have seen demand for properties rise.

Nutrien Harcourts north west coast property consultant, Tony Maguire, said the state was "shorter of listings than normal for this time of year".

There were a lot of dairies that changed hands in the past six months.

"They probably experienced a lift in prices of 20 per cent or so," he said.

"Circular Head and the north west coast has been very popular among people looking to invest because of the reliability of the season and the quality of the land."

Mr Maguire said a lot of drought cattle came to those areas on agistment from NSW and north and that opened people's eyes to what the area had to offer.

"Not just corporate by some large families, and a number had moved lock stock and barrel," he said.

The COVID pandemic had little effect on farming. The abattoirs and milk factories had been able to manage it well, he said.

"We're having a bumper season, hay and silage will be remarkably cheap," he said.

Demand for lifestyle blocks had improved out of sight.

"There is high demand and we are struggling to find enough properties to satisfy demand. ' he said.

"Through COVID, Tasmania has become an attractive destination for a lot of people looking to leave the city."

Mr Maguire said an example of property on the market was a dairy farm aggregation with four farms totaling 1032 hectares being sold by a consortium - Dairy Partners Pty Ltd.

He said the properties were milking 2500 cows and were for sale by expressions of interest.

"They were ready to go on with," he said.

Another property was 160ha of runoff land belonging to Corrigans Dairies between Smithton and Stanley and wuold be attractive to dairy farmers for wintering dry cows.

He said the north west coast was popular with vegetable growers and processing plants.

"The market has been exceptional this year," he said.

The prices were pushing new players to more marginal farms.

Demand for dairy properties had been "very strong as well".

He said the markets were there for processors and fresh produce operators.

Mr Medwin said a beef property, Limestone Valley, at Mole Creek, of 112ha had been on the market at $2.5 million for less than a week and already attracted three inspections.

He said the property had been family owned since 1868 and had never been sold before.

DairyTas regional manager, Jonathan Price, said in terms of confidence and investment the dairy industry in Tasmania was in a good place.

"We've had a consolidation in farm numbers but an expansion in overall production and the number of cows," he said.

"Seventy-three per cent of our herds are now milking more than 700 cows and only four per cent of industry were milking less than 150."

Mr Price said it was a significant shift and highlighted the consolidation that had taken place.

He said a recent survey showed that 41pc of farmers planned to increase herd sizes in the next three years.

"Even those non-corporate farms were seeking opportunities.

Mr Price said there had been an incredible finish to the 2019/20 season, but there was an air of a conservative approach going toward the new season when Covid hit in early March.

"But when the opening price was announce on the first of June, it triggered a whole chain of investment and expansion that previously would have spread over a three or four month period, was squeezed into a four week window," he said.

"There was certainly a sigh of relief when the prices were announced."

More broadly prices for the majority of commodities across the state had increased.

"An export focused state and with the dollar at it's current levels it fuels good returns for an extended period," he said.

Mr Price said there were challenges for any business exposed to the season and export markets.

Recent global dairy trades had been positive, he said.

There were positives around a reduced input costs around grain.

He said confidence had been bubbling away for a number of years now with the natural environment and significant investment by the state government combined to provide confidence.

Water availability provided an extra layer of security and was reflected in property prices.