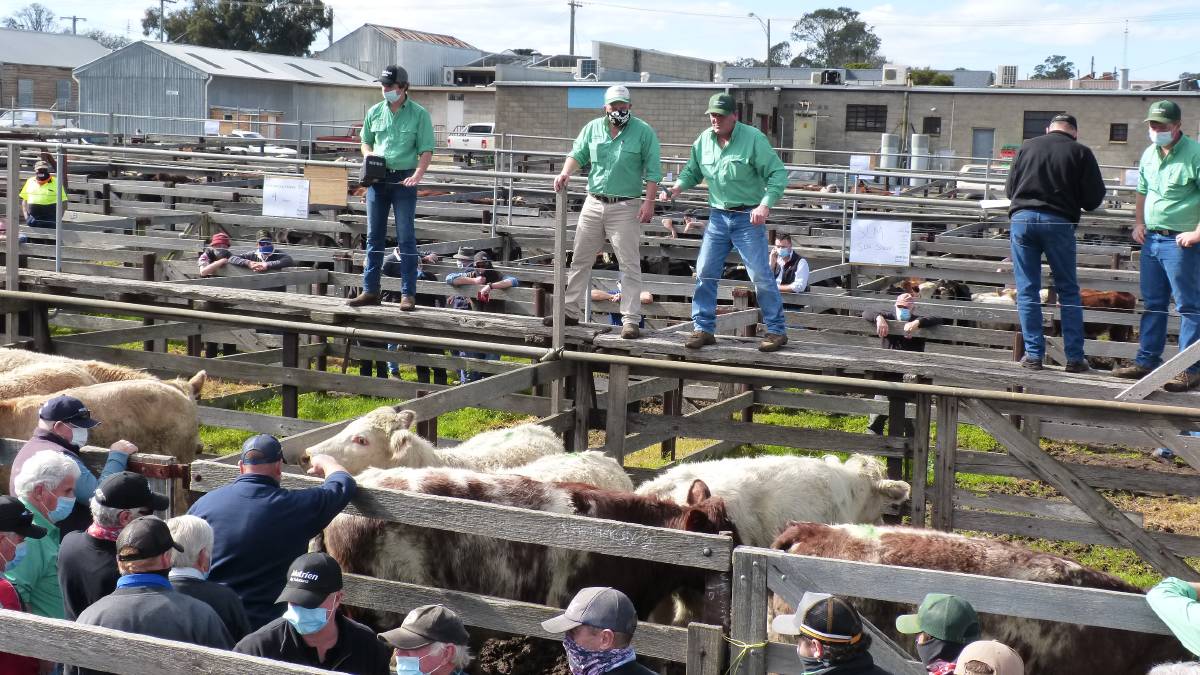 HARD TO FIND: Data shows a surge in grown steers in prime markets last week, but not enough to meet demand.

Numbers of grown steers surged across Victorian prime sales last week, jumping 160 per cent on the previous week as bullock fatteners took advantage of the strong prices and tight supply.

The rise of grown steers weighing 580-600 kilograms jumped by 655 a head, according to Meat & Livestock Australia, despite slaughter continuing to decline.

Export volumes for manufacturing beef - often used in the likes of hamburgers - remain steady and tight supply domestically are believed to be driving factors to the unusual trend.

Japan imports from Australia are up for the year to September compared to the same time last year, while US trade is slightly below year-ago levels, demonstrating competitiveness of the export trade, analysts say.

"We're still seeing Victorian kill decline week-on-week so you would think if the processing restrictions had the full effect we thought they would, we would see the cattle kill not decreasing at the rates they are," Mr Bull said.

As Victoria continues to experience historically high trade and export prices, the state's northern counterparts were continuing to look to the south to restock.

The Eastern States Young Cattle Indicator hovers at 730 cents a kilogram carcase weight in Victoria, still trailing NSW at 790c/kg cwt and Queensland which leads the charge at 810c/kg cwt.

The increased demand for grown steers, which has remained steady at about 400 head a week since June, could be a sign of feeders and processors starting to ramp up operation, analysts believe.

"It will be intriguing if more grown cattle are sold in coming weeks given the market strength contradicting lack of supply," he said.

Mecardo managing director Robert Hermann said the unprecedented demand for Aussie beef could continue if large export countries "come under some sort control" amid the pandemic.

"In the last 40 years we've never been this low in terms of the cattle herd and we've never had prices at record highs," Mr Herrmann said.

"I think we can explain how we've got to where we are with restocking and tight supply but it's difficult to use that information to say where we're going to be heading."

On the ground, livestock agent Russell Motton, Motton Livestock, Korrumbura, said tight supply for suitable lines of grown steers was a driving factor for a decline in cattle going to slaughter.

"A lot of cattle were sold earlier right through the winter, including lighter weight cattle, so it's very hard to find suitable cattle for processing," Mr Motton said.

"It's also very expensive to buy these sorts of cattle.

"The difference between the feeder steer price and the bullock price is 30 to 50 cents a kilogram," Mr Nash said.

"A lot of people are selling their steers as feeders earlier because the money is so good and they get the one price for all their steers rather than a kill price where you don't get one price over the whole lot because certain cattle are drafted differently."