Mr Legge came home to Tasmania before border restrictions locked him out. 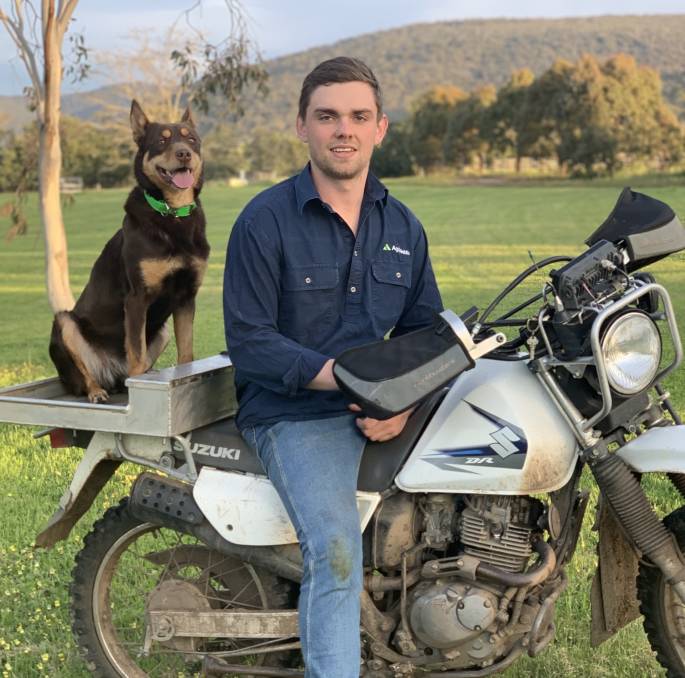 The rolling paddocks of his family's farm at Fingal is a far cry from the bustle of Sydney's central business district for Tom Legge.

But for Mr Legge, the farm has become his home away from home during the lockdown.

In March, Mr Legge was on business travel in the United States. The news of the pandemic's spread swiftly put a hold on those business priorities and forced Mr Legge and his colleagues back home to Australia.

When it became apparent most of the country would be heading into lockdown, Mr Legge said he retreated to his family's farm at Fingal, to wait out the border closures.

"Normally I have a lot of travel involved with my job, I fly usually two or three times a week, but I decided early on that I would come back to Tasmania and wait it [the lockdown/pandemic] out," he said.

Mr Legge said he decided to switch gears and head back to Tasmania because he wanted to be close to his family, and thought it would be better to be on the farm than in a small apartment in Sydney.

While moving to the farm seems like an idyllic lifestyle for some, Mr Legge said he had to make sure he could transition his work to a digital format.

"I am used to travelling a lot for work, so now we do all my meetings on Zoom, which has been both good and bad," Mr Legge said.

"I spent six hours of the day participating in Zoom calls."

Mr Legge said having digital meetings was good in some ways because it ensured he could still meet his business commitments; however, it was a challenge not being face to face with people.

He said missing on the nuance of visual cues was a difficulty of not being in the same room as the person you are meeting.

The technology has also had its drawbacks - while good for gobbling up the distance, the challenge of being on a farm at Fingal is reliable internet.

"We are using satellite internet, which doesn't always have a reliable connection, so if I need to I can go and work from the townhouse we have in Launceston, which has been really helpful for when I need to be connected," he said.

However, the best part about working from home, or the farm as Mr Legge likes to call it, has been his ability to help out his family with the farm work.

"It's been really long days, usually when I take my lunch break I'm out with Dad doing whatever needs to be done on the farm that day," he said.

"But the ability to have all this space around you is incredible. I have been able to take walks and explore the property a lot more than I ever have before."

Mr Legge said he'd explored hidden nooks and crannies of the family property and discovered new places he'd not been for a long time, and it's given him a way to cope with the stress of lockdown and the worries of the pandemic.

He said he knew he was incredibly lucky to have the farm and believed the pandemic had opened up new ways to work, which could benefit Tasmanians.