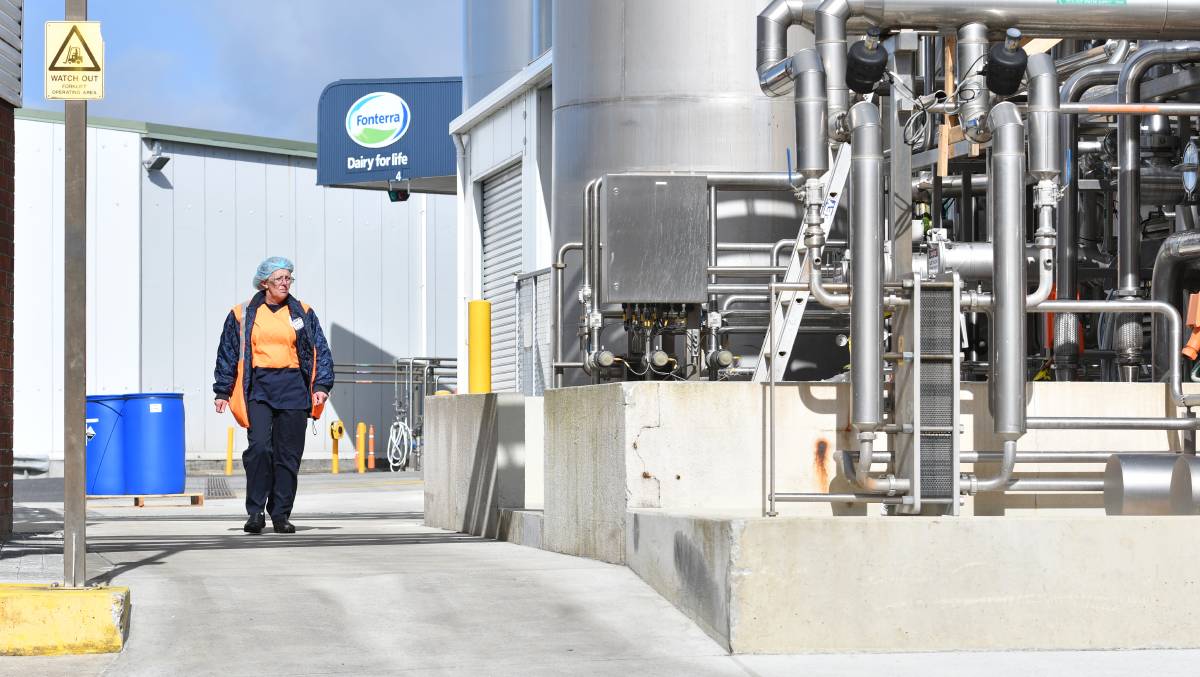 PARTNERS: The plan also sets goals to improve transparency and the relationships between producers and suppliers like Fonterra. Photo by Brodie Weeding.

The dairy plan aims to unite the national industry under shared goals.

Sweeping reforms will revolutionise Tasmania's dairy industry, ensuring it has a place at the national table in a new plan to unify the sector.

A significant reshuffle of advocacy and industry groups form a bold part of the plan, which will result in the merger of industry groups and organisations for a united voice.

What is the new dairy plan?

The Australian Dairy Plan was released at the end of September and outlined five crucial commitments industry bodies will make to secure the future of dairying.

Tasmania held industry workshops as part of wide-ranging consultation, which allowed the plan to "be built from the ground up" independent chair John Brumby AO said.

"The Australian Dairy Plan demonstrates a collective commitment of industry organisations representing the whole supply chain to pull together to achieve better outcomes for everyone working in dairy and the communities which rely on the industry," Mr Brumby said. 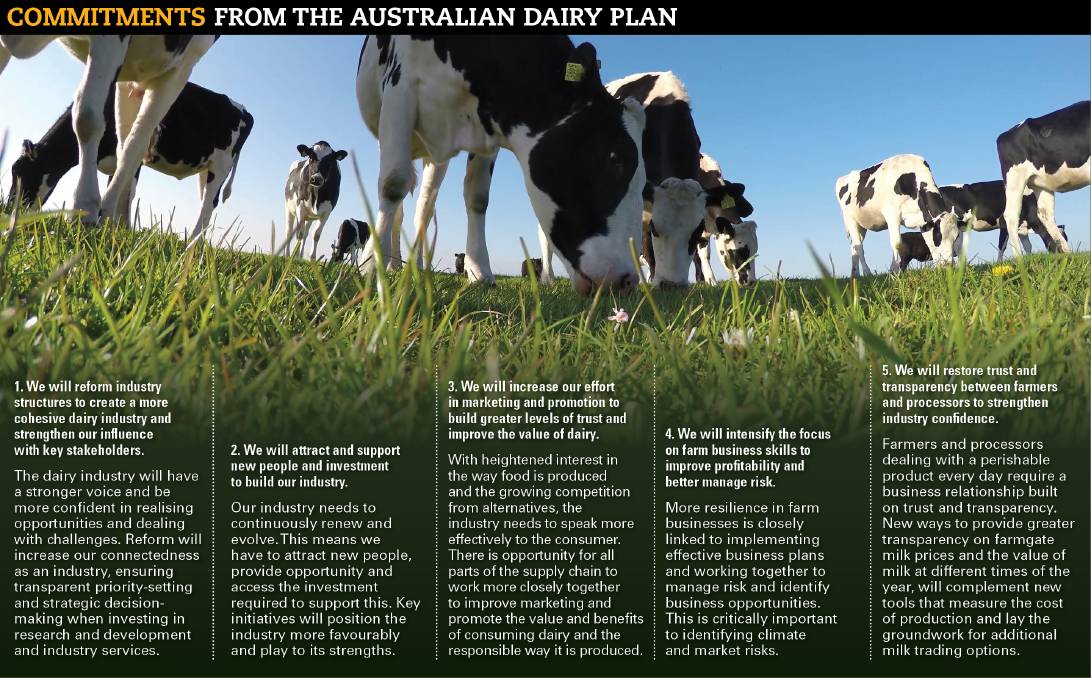 OUTLINE: The Australian Dairy Plan offers sweeping reforms to leadership and plots a way forward towards unification of the sector.

"It's a plan that has been built from the ground up. One of the biggest listening exercises in the industry's history identified a common set of issues voiced across the country. These inform the plan's five key commitments and targeted initiatives to deliver increased profitability, confidence and unity."

Mr Brumby said it would ensure their hard work resulted in appropriate reward, and the plan had a strong focus on providing farmers with the services and tools to achieve consistent profitability in an increasingly challenging operating environment.

Tasmania's place at the national table

He said that while Tasmania's industry remained on the upswing, last year the state broke its production record, and looks on track to do the same this year, the plan did acknowledge previous hardships faced by Tasmanian farmers.

"It was born from some systemic issues that other dairy industries in other states were facing, while Tasmania wasn't experiencing those, it was also in response to dry seasons and climactic challenges Tasmania has experienced in the past," he said.

While the last couple of seasons have been relatively cheerful for Tasmanian dairy producers, the sector has faced its challenges - such as the milk price crash of 2016 and a dry season of 2018-19.

Some of the initiatives aimed at helping a struggling sector back on its feet are more likely targeted at other dairying regions than Tasmania, Mr Price said.

Favourable weather conditions over the past couple of seasons had put Tasmanian dairy back on the map, which had led to a rebound from the lows of the price crash. However, he said the Australian Dairy Plan would help to future-proof the industry, which would benefit Tasmania through critical initiatives. He said it would ensure Tasmania had a permanent place in national market jigsaw. FUTURE YOUTH: The plan has committed to initiatives to attract and retain young people through education programs like Picasso Cows.

What's in it for our farmers?

Tasmanian farmers will benefit from the plan's goals around future-proofing the workforce and the work underfoot to improve the relationships between farmers and suppliers, Mr Price said.

He said the traditional career pathway through share-farming had altered in a new Tasmanian dairy industry landscape, due to the increase of large commercial operation.

"There is still share farming opportunities available, but the career pathway had altered, so more investment in attracting and retaining quality people will benefit Tasmania.

Mr Price said Tasmania's dairy industry was still relatively buoyant and contributed significantly as an employer and contributor to the state's economy.

Dairy is Tasmania's most extensive land-based agricultural pursuit and continues to grow year-on-year. The 2020-21 season looks to be on track to break the 2019-20 record for milk production, Mr Price said.

The national plan also focuses on improving the relationship between producer and processor and ensuring farmers' hard work was recognised and paid appropriately.

Tasmania's industry was hit hard by the retrospective clawback announced by Fonterra and Murray Goulburn in 2016 and resulted in corroding relationships.

However, that relationship has been repaired in subsequent years, and initiatives such as the ACCC mandatory dairy code and other measures had helped to foster partnerships between processors and farmers.

He said throughout the country, including Tasmania, the industry was facing a significant challenge, through the loss of suppliers and contraction of farms.

However, the plan itself wasn't much of a surprise but would result in a united industry focused on goals that would support all states.

Mr Cox said it was a difficult document to produce, because it needed to account for state differences in dairy production.

"But what they've done is create a set of shared goals and targets that benefit the industry as a whole, across the country.

He said one of the first steps was to complete the leadership restructure goals, which was already underway.

The merger and restructure of the industry will result in greater unified advocacy and industry understanding of the issues facing producers and the wider sector.

However, the final structure of the merger is not yet finalised.

The Australian Dairy Plan was published on September 28 and can be found here.

The story How a national dairy plan will benefit Tasmanian farmers first appeared on The Advocate.