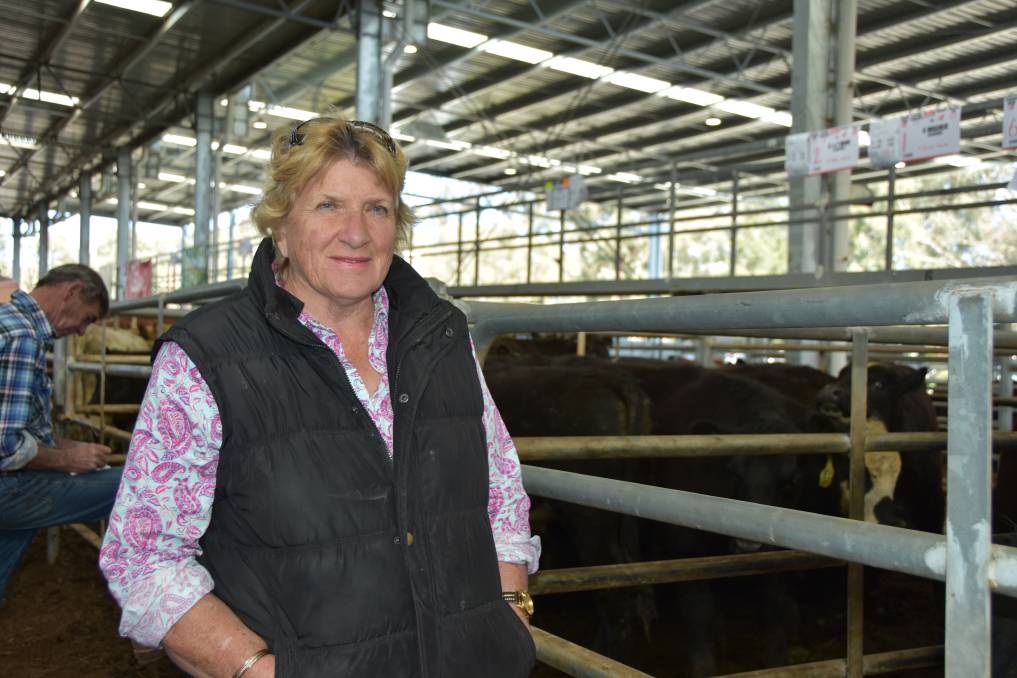 SAVINGS QUESTIONED: Jan Beer, who has a long history in community water and irrigation activities, is questioning Goulburn-Murray Water's figures over usage.

New figures show at least a quarter of modernised meters in the Goulburn Murray Irrigation District recorded low, or no usage, during the past 10-12 years.

New figures for the $2.2 billion Connections irrigation modernisation project show at least a quarter of modernised meters in the Goulburn Murray Irrigation District recorded low, or no usage, during the past 10-12 years.

Goulburn-Murray Water is due to complete Connections next month, after the contentious project was reset in 2016.

G-MW Strategy and Services Planning general manager Daniel Irwin said the figures showed, over the last 12 years, most meters were being used, but some were not used every year.

"Irrigators make their own choices when it comes to water use, based on their on-farm needs, such as crop rotations and seasonal conditions.

'In some years, they choose not to access water."

He said modernisation had resulted in significant asset rationalisation across the network; from a fleet of 21,000 irrigation outlets in 2007, there were now approximately 15,000.

He said since 2008, only three per cent of modernised outlets had not been used.

G-MW figures also show 75 per cent of the modernised outlets used more than 10/ML a year.

She said the actual figures showed a third of all meters in the GMID recorded no usage, over the last 10-12 years.

"The $2.2 billion of taxpayer's dollars that has been spent on modernisation in the GMID has overseen a dramatic loss in agricultural productivity and massive under-utilisation of the modernised metering fleet," Ms Beer said.

"Over the last 12 years the GMW meter usage graphs show on average 47pc of meters delivered only zero to 10ML.

"This means that 47pc of meters in the system are either not being used at all or being used only for stock and domestic or filling dams - not for increased irrigation efficiency.

"When you consider that in autumn half a megalitre is needed per acre, 10ML will only water 20 acres ( eight hectares) once."

She said it could only be concluded the Modernisation and Connections projects had failed dismally, in increasing irrigation efficiency across the GMID.

"With the figures given by GMW and the huge under-utilisation of modernised meters, why on earth would the Water Minister be applying for another $177m for a further round of modernisation?"

She said water savings had been achieved to the detriment of irrigators, who had lost more water from the consumptive pool.

"After 12 years of modernisation GMW annual water meter usage figures for the gravity fed system show that in the last irrigation season 2019-2020, 61.3pc of all meters delivered zero to 10ML/yr, with 45pc of meters delivering zero, zilch, nothing."

Mr Irwin said without the significant volume of Connections rationalisations the number of zero use outlets in 2019/20 would have been up to 15 per cent higher.

"Historically water monitoring across the GMID, including the use of Dethridge wheels, has not been accurate or met national standards for compliance," Mr Irwin said.

"When calculating losses, a long-term average is applied and not just a single year of use."

This was because there were a number of factors that had an impact on meter usage, such as the choices irrigators made with crop rotations, and how to capitalise on market and seasonal conditions.

That resulted in a variable pattern of water usage, reflecting the flexibility primary producers had.

Calculating water savings is guided by the Water Savings Protocol, which allows them to be measured in a consistent and transparent manner and meets the requirement that all water savings are independently audited.

The Protocol provides guidance for the estimation, allocation and auditing of water savings from irrigation modernisation projects.

Variability in seasons has been captured as part of this protocol and water recovery is estimated as a long-term average.