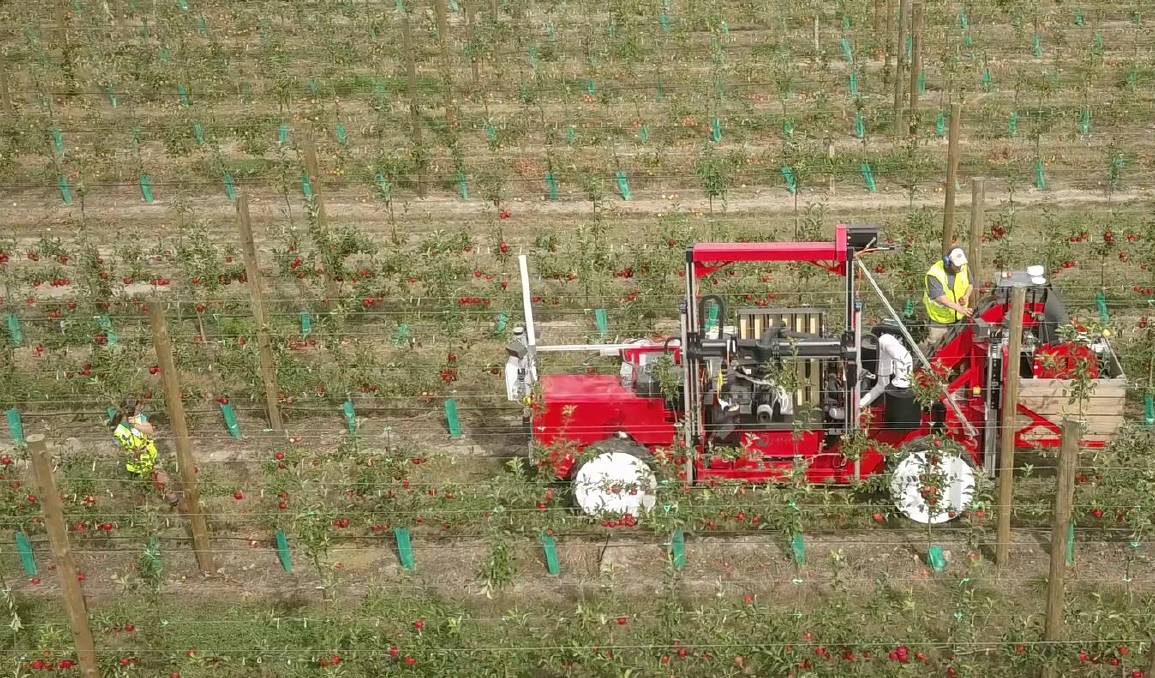 AUSSIES won't like to admit it but the future of apple picking may have already arrived in New Zealand.

In what the company is claiming as a "world-first", T&G Global is using a robotic harvester for a commercial apple crop.

The venture is the culmination of four years of working with US-based technology partner Abundant Robotics, which T&G's parent company BayWa AG invested in two years ago as part of its strategy to expand digitisation across its agribusiness.

The Abundant Robotics technology is being used to pick a range of apple varieties including T&G's proprietary Jazz and Envy, which are destined for supermarket shelves in New Zealand and overseas.

While exact details of how the robot operates were not given, a video shows the unmanned unit moving through a specially designed trellised orchard with the machine sensing and picking the apples through what appears to be suction removal.

T&G Global chief operating officer, Peter Landon-Lane, said the company is delighted to have reached the milestone in the evolution of the global apple industry.

"Automation enables us to continue to scale to meet increasing global demand for food, in the face of current and future labour market challenges," Mr Landon-Lane said. 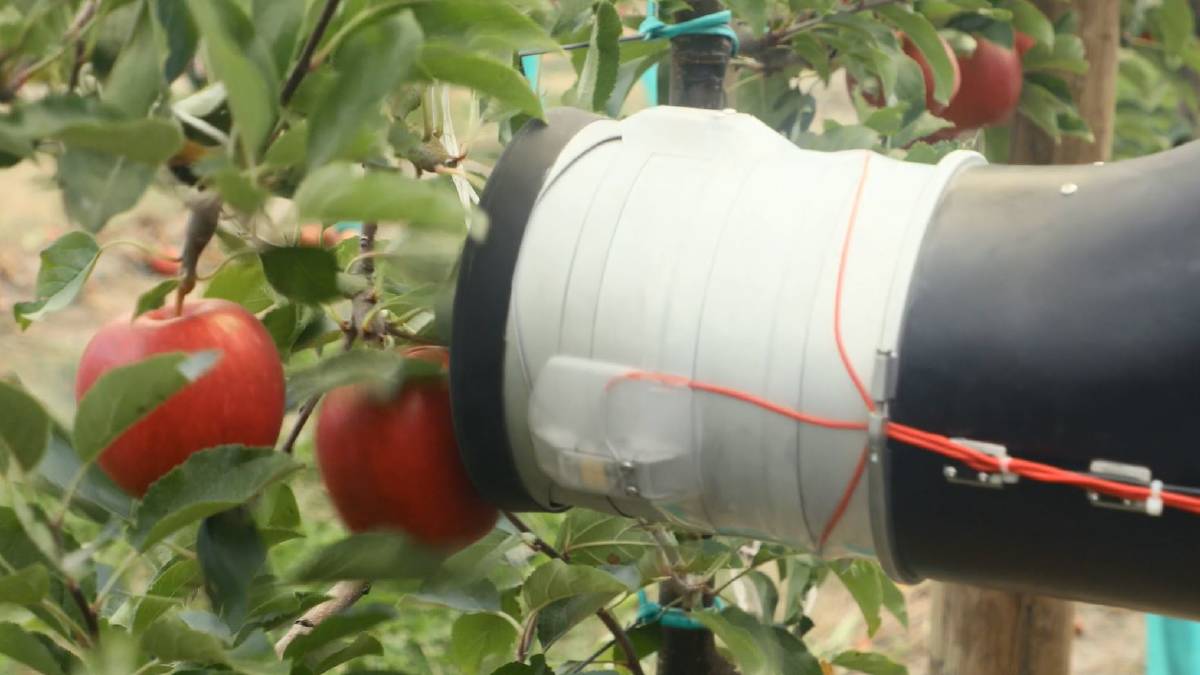 PLUCKED: The machine appears to use suction to remove the apples.

"We've been actively driving towards this for the past few years, including preparing our orchards to be robot-ready.

"This is in addition to the investment our parent company BayWa AG has made in Abundant Robotics, reflecting confidence in the technology, which has been developed with the apple industry from the outset."

High density planting and specific pruning methods have been implemented at T&G's Hawkes Bay orchards to make them suitable for Abundant Robotics' technology. 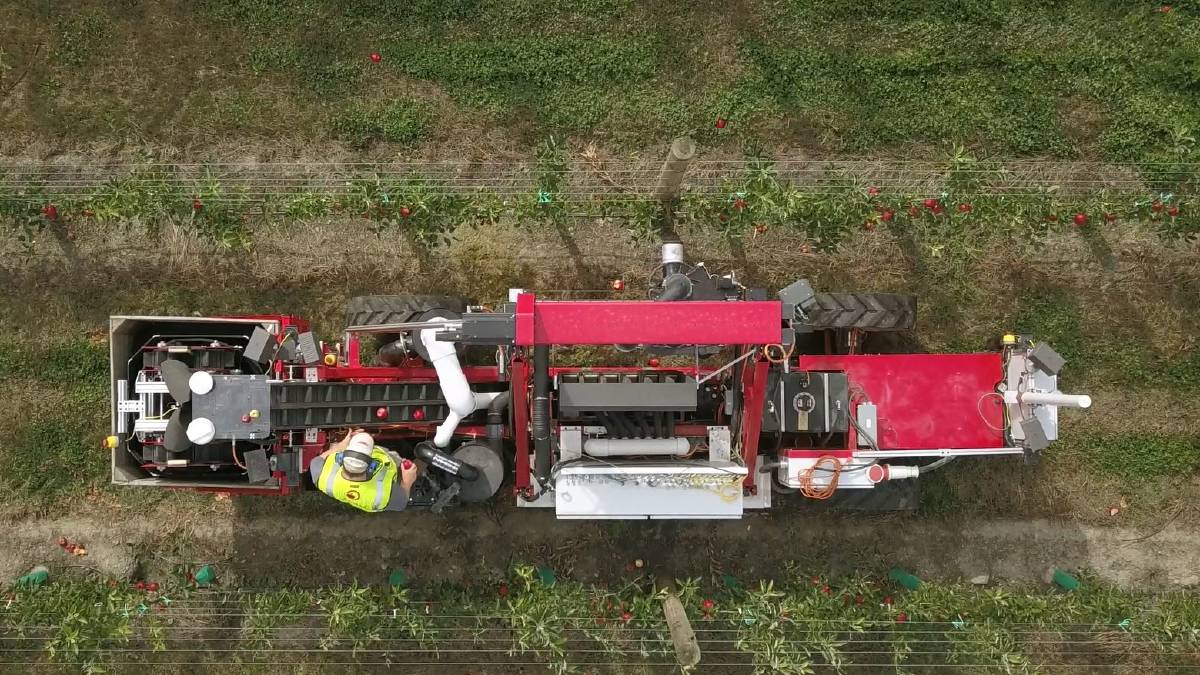 OVERHEAD: And aerial shot of the machine in action.

Canopy innovation and trialling of different ways of achieving automation compatibility has been a feature of orchard expansion initiatives since 2017.

Abundant Robotics chief executive officer, Dan Steere, said the company came from its research-based origins after delivering a proof of concept prototype in 2015 and approached the commercialisation of the technology as a global opportunity from the start. PROGRESS: The robotic apple picker appears to move along at a steady pace, sensing and picking the apples.

"With T&G Global we are able to run a year-round development programme leveraging work with US apple growers and New Zealand orchards during the complementary northern and southern hemisphere harvesting seasons," Mr Steere said.

"Developing an automated apple harvester requires solving a number of complex technical problems in parallel, from visually identifying harvestable fruit and physically manipulating it to pick without bruising, to safely navigating the orchard itself.

"Our relationship with growers and access to real-world conditions on partner orchards through the development and testing process has been key to getting the technology to the point where it is now commercially viable." 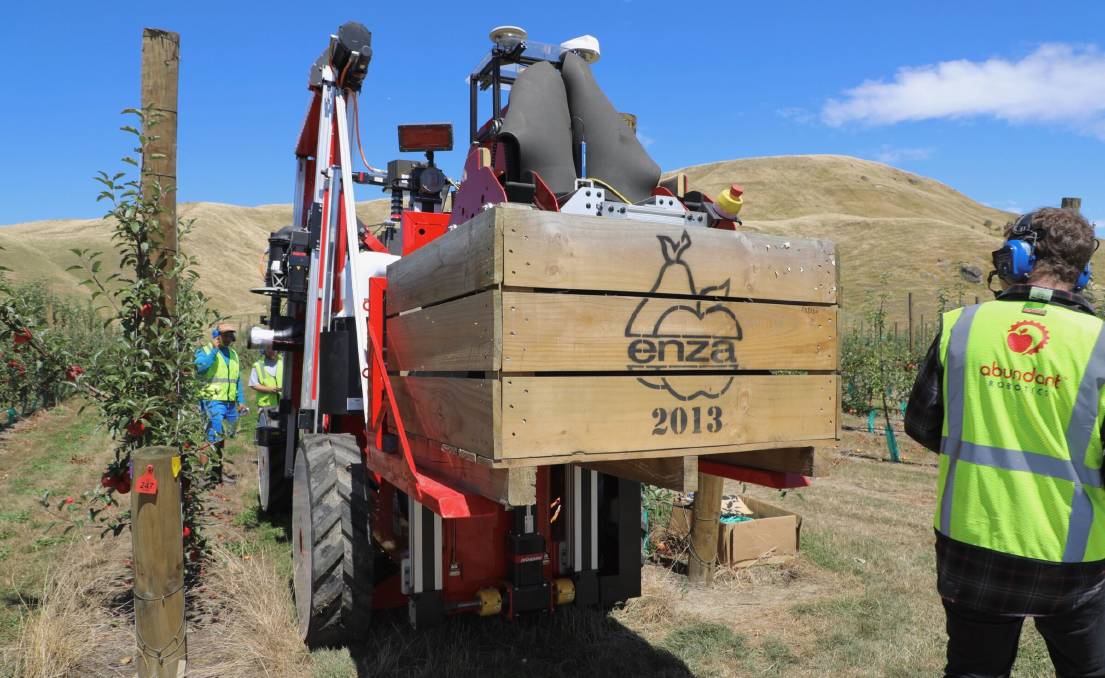 HARVEST: The robot bringing a load of apples from out of the field.

Mr Landon-Lane said it will be some years before all T&G orchards are harvested in this way but this first harvest with Abundant Robotics was an exciting step forward.

"Apple-picking is tough physical work and it's seasonal. Robotic technology complements the work our people do with its ability to pick a large proportion of the fruit, much of it at the upper levels of the trees, reducing the physical demands of the work for our people as well as boosting productivity," he said.

"This will enable us to continue the exciting growth that is being achieved in the apple industry, without being constrained by the current shortages of labour." 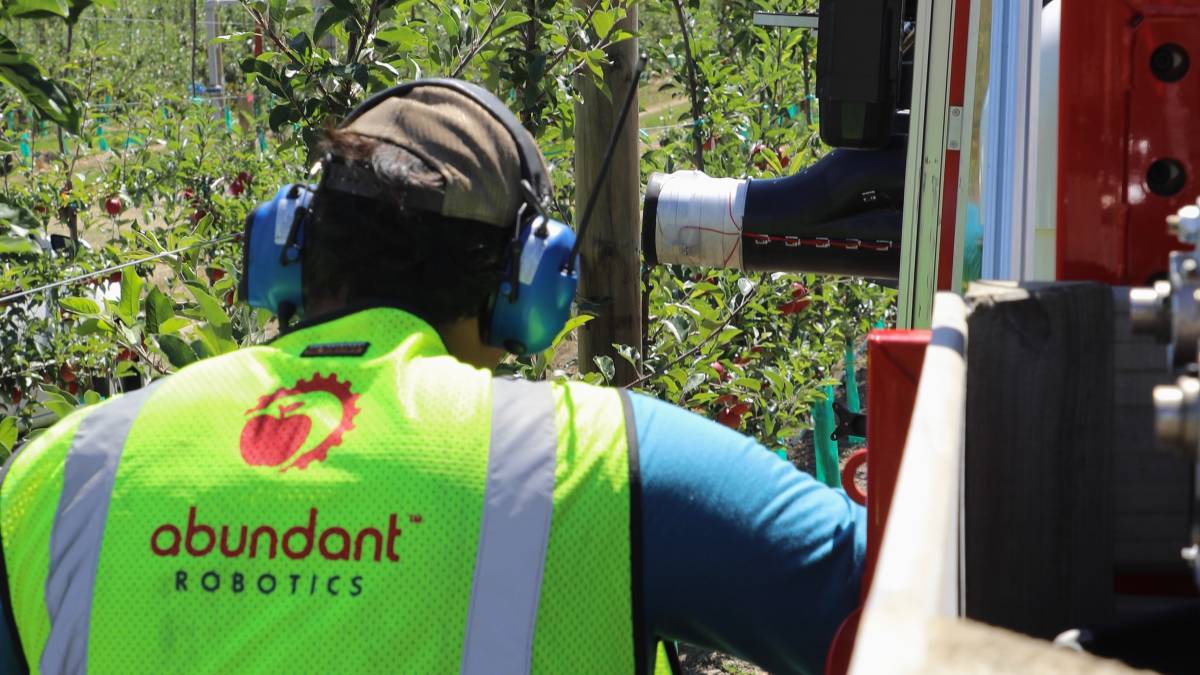