Agents drew for 1500 cattle at the fortnightly store sale. 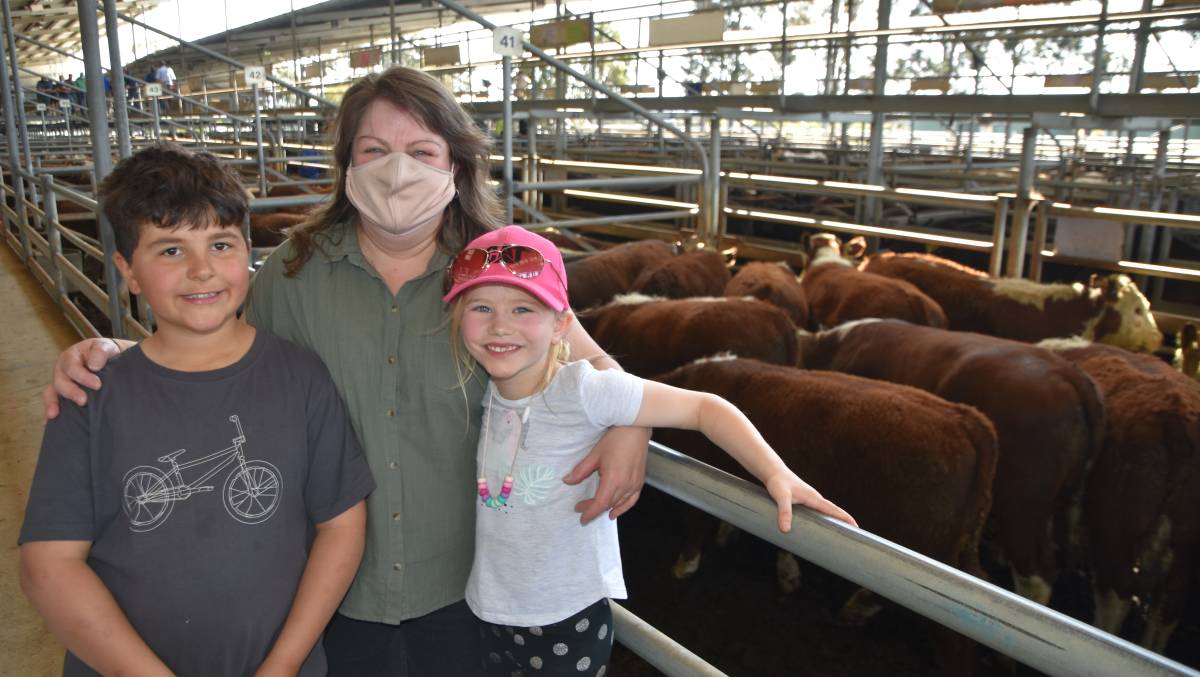 A drop in northern orders had little effect on prices at Bairnsdale on Friday as South Gippsland bullock fatteners and local restockers took up the slack.

Light weaner steers sold to 680 cents a kilogram in a market where about 1180 cattle were yarded.

Prices for heavier cattle eased slightly mainly due to more secondary steers on offer compared to a fortnight ago.

One South Gippsland agency, SEJ Leongatha, bought 180 steers for bullock fatteners back home and an additional 100 heifers for clients to fatten.

"We never saw the northern buyers come over the mountain and their reports were last sale that they couldn't afford to pay the rate," Mr Fullgrabe said.

"Everyone locally has traded cattle so they need to buy in or they'll be left behind.

"We had a run of the Hurley calves and they sold their tops a fortnight ago but the seconds sold today made more so there certainly still is confidence in the market."

Mr Obst said the female sale was driven largely by substantial orders to restock locally, while feedlot competition was down on previous sales.

N Henderson sold 17 steers, 264kg, for $1440 or 545c/kg. The pen was bought by Elders Pakenham agent Doug Peachy for a bullock fattener in Drouin.

Sharp Fullgrabe & Co auctioneer Brent Coster said the sale lacked the flare it had a fortnight ago.

"It was a strong market and the little cattle sold well but we didn't have as many lines of cattle as we did last sale," Mr Coster said.

"Good-grown bullocks sold to hot demand and the little cattle were very dear.

"There was a bit more local competition and we didn't have the number of buyers we did the previous week but the strength was still there in South Gippsland buyers."

LH & SE Pendergast sold nine cows, not rejoined, with calves at foot for $2000.

K Hescock sold six cows with calves at foot for $2420.