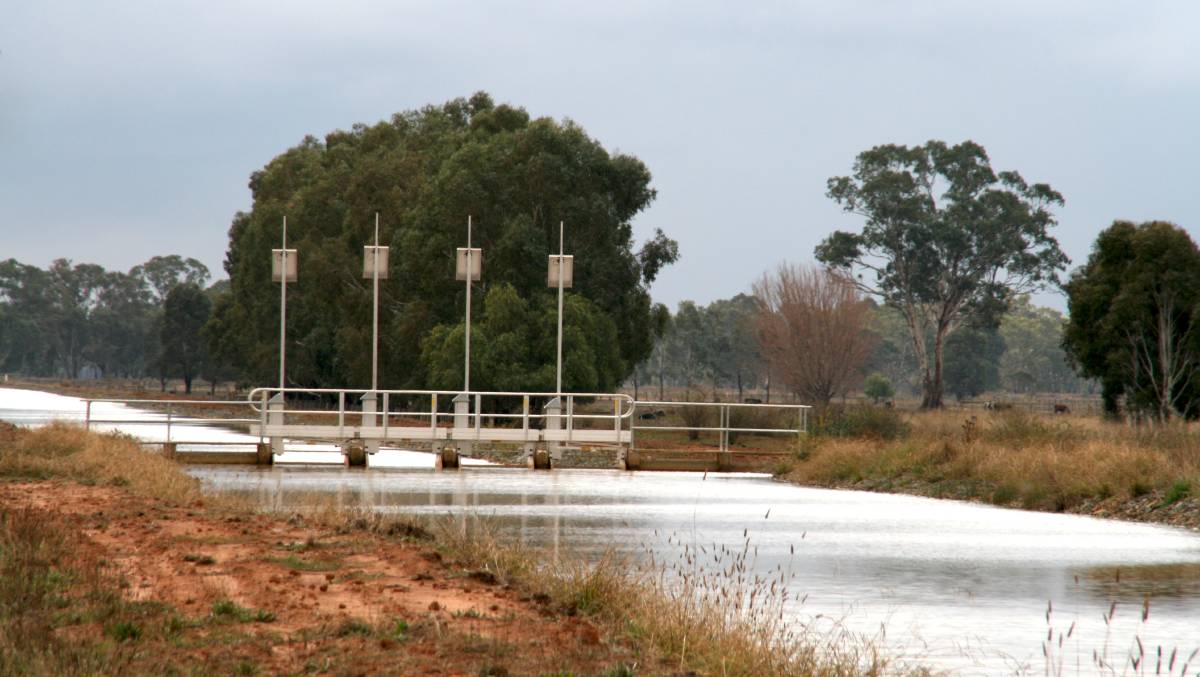 Inflows into the southern Murray Darling Basin in October will be the key to irrigation prices this season, a webinar on Wednesday was told.

Spring rains and inflows into the southern Murray Darling Basin in October will be the key to southern basin irrigation prices this season, a webinar on Wednesday was told.

Although prices are currently lower than last year, they were sitting in an awkward price range for most non-horticultural irrigators, business development manager with water trader H2OX Craig Feuerherdt told the Agriculture Victoria webinar.

Irrigators needed to understand and monitor the key factors that affected prices.

They could mitigate the impact of fluctuating water prices by taking a strategic approach to buying and using water, including using tools such as forward contracts or options.

Mr Feuerherdt said October rainfall would be the key to prices this season.

"Seasonal determinations are not that much different to last season, especially in Victoria," he said.

"We do need October to yield some inflows into the catchments to really improve our determinations.

"In the end, as an irrigator, water in the dam is what really matters."

If it did not rain in October, which was the last of the high inflow months, prices would steadily climb into summer.

But if the La Nina event played out as forecast and there was good rainfall, prices would be steady or fall.

But Mr Feuerherdt said even under this scenario, he did not expect prices to fall to $100 a megalitre.

The key supply side drivers were water availability, the climate outlook and the amount of water carried over from the previous season.

Carryover was playing an increasingly important role in water availability.

In the past five years, large corporations with permanent plantings, such as almonds, were buying water, often at high prices, to carryover into the next season.

This then affected determinations because the carryover had to be protected to be delivered.

This changing structure of ownership and usage towards large horticultural corporations was also having an impact on the price.

"They demand water and will pay for it ," Mr Feuerherdt said.

This had led to a step change in the long-term average weighted price for irrigation water, which last season had increased from about $143/ML to $180/ML.

Individual rain events could have a short-term impact on the market.

"That happened last week; the market just goes quiet, everybody sits on their hands and they wait to see if the rainfall happens, hoping that the price will come down," he said.

Better general security allocations in NSW this year was fuelling demand from croppers.

"The question to ask there is ... do they have the water on their account or are they hoping prices stay low or the determinations increase," he said.

"A few years ago there was quite a few people that planted summer annuals and they didn't have their water covered, and they sort of got stung at the back end of the season when they needed to finish off their crops."

Trade restrictions about how much water could be traded from and to different parts of the system at different times in the season also played a role in prices.

Mr Feuerherdt said it was vital irrigators had a strategy about how and when they traded water.

"First and foremost every business is different," he said.

Irrigators needed to understand what their water requirements were throughout the season.

They also needed to know their numbers: at what price could they make money.

By planning ahead an irrigator could avoid having to buy water at a higher price because they were short.

"Just because you're a water user doesn't necessarily mean you've always got to be a buyer."

Mr Feuerherdt said it was challenging to pick the market, so averaging was a better strategy.

He also advised irrigators to find a few traders or brokers who they could trust.

There was a variety of tools available to irrigators looking to better manage their water prices.

A lease allowed an irrigator to pay a set price per megalitre for a parcel of water.

The downside was that the irrigator only received the water that was allocated, so if there is only a 66 per cent allocation against that leased water, the price was effectively a third higher.

Forward contracts were a contract to buy a set volume of water at a set price to be delivered in the future.

They could operate within the season or could be multiyear.

An option was different from a forward contract in that the buyer paid a small upfront fee to exercise a fixed price contract at some point in the future.

Mr Feuerherdt said last season H2OX was writing forward contracts for this year for $900 a megalitre.

But looking back an option might have been a better option.

The key with any of these products was to ask who was the person on the other side of the deal.

"You have to understand the risks around who is the counterparty, who's the person on the other side of that contract, will they honour the contract if everything goes pear shaped," he said.

Mr Feuerherdt said understanding how these water products could be incorporated when the price was right should be part of the strategy.

"Having a strategy is essential," he said.

"That's not necessarily a 40-page document detailing all the analysis, it's just a strategy in your mind.

"What water do I need to get me to the end of November, how much more determination am I going to get, where am I going to be short, where's my price point that I could make a return."