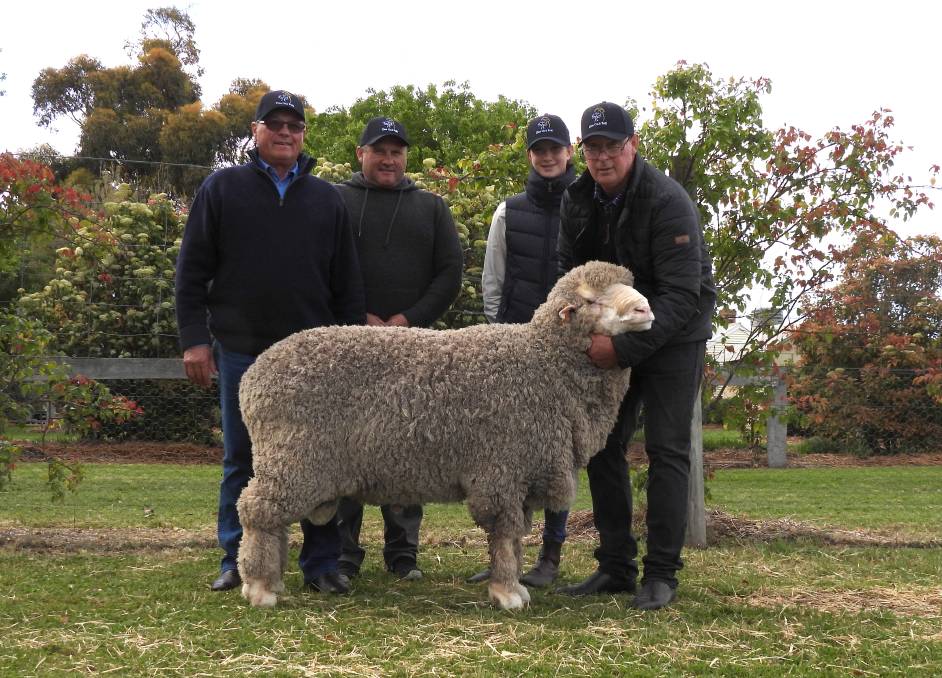 Mr Wells noted the wool was soft, white and heavy and the structure of the rams square, showing good constitution across the board.

The top priced ram was purchased by Geoff Longmire, Narrandera.

It was the first time Mr Longmire has purchased at One Oak Poll stud and he was advised by Michael Elmes, Smartstock, Narrandera.

Mr Longmire breeds his own replacement rams and selected the top priced ram for his outstanding conformation.

"I liked his whole structure, his barrel and depth," he said. "He has a great sirey head, with bold crimping wool which is soft." 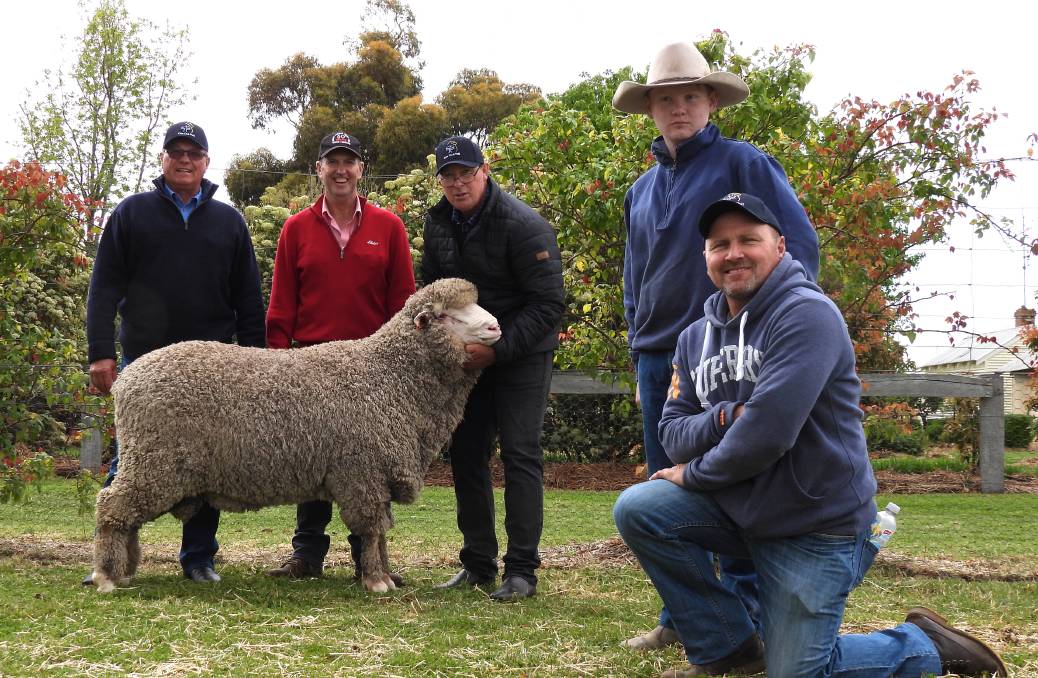 Before the auction, a ram was sold privately for $30,000 and bought by Justin Boughen, Kamora/Netley Park Poll Merinos, Karoonda, SA.

Mr Boughen admired the big soft muzzle of the ram and the style of the long stapled fleece.

"We came to buy a ram with white and pure wool," he said. "Our ram has terrific lock structure and a very dense fleece." 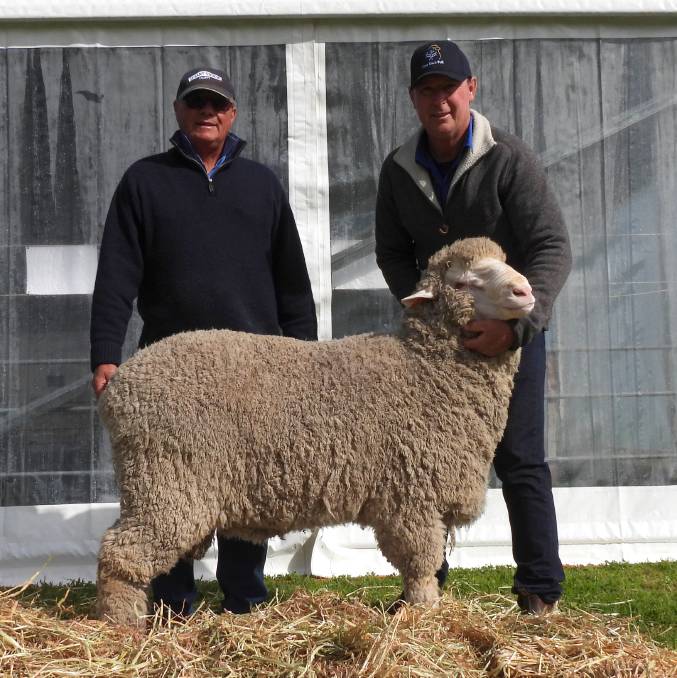 Sales of high priced rams included Stavely Park Merinos, Stavely, Victoria who bought one for $8500: Illawarra Merino stud, Milbrulong who took one home for $7000 and Carrabungla Pastoral Co, Laggan who paid $8500 for their selection of the offering.

Eulo Pastoral Co, Harden added to their sire strength with a $6500 purchase, and Andrew Arbuckle, St Arnaud, Vic paid $5500 for his choice of the offering, as did R.F and F.T Gavel, Condobolin.

Further excellent sales included one at $5500 and one at $3500 bought by V.H.S Ag, Humula: one at $6000 purchased by Narada Grazing Co, Tambo, Queensland included in their draft of six rams for $2542 average price.

Mr Wells said he was very pleased with the amount of stud interest in the rams and the support received on the day from new and existing clients and those who bought on AuctionPlus.

"Despite the high prices in the early lots, long term clients were still able to purchase rams at an affordable and competitive price," he said.

The sale was settled by Nutrien Ag Solutions, Finley with Peter Godbolt (Nutrien) and Nick Gray (Elders) taking the bids.

The story One Oak Poll sold privately $30,000 first appeared on The Land.