The stud sold its complete line of Angus and Hereford bulls. 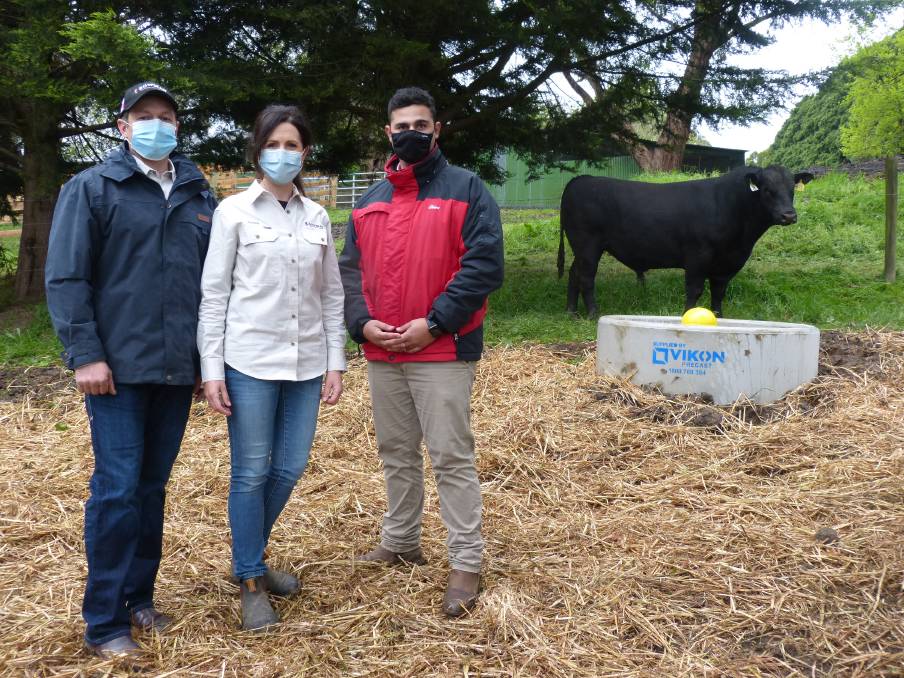 The impressive result was a relief for stud principal Glenn Bowman who last year invested in the new property, Crystal Brook, to finish the bulls and complement the existing commercial and stud operation at Rosedale.

Buyers from across Victoria and Tasmania, including King Island, East Gippsland, the High Country and Western District, were out in force during the on-property auction.

Mr Bowman said many buyers noted the draft of bulls for their "excellent temperament" and evenness from top to bottom.

"The bulls endured one of the toughest droughts in history during the first 12 months of their lives, however, the quality of the genetics and natural doing ability proved it is possible to present a high standard bull, once the season improved," Mr Bowman said.

It was sired byLD Capitalist316 (USA) while the dam traces back to the famous Ardrossan Princess W38.

Whitelaw Park Angus owner Jill Rattle, Whitelaw, said the bull would be joined to a commercial herd in late November.

"I had three bulls in mind and then I was with my manager and agent and they picked a few as well but I was very keen on Bowman Capitalist," Mrs Rattle said.

"I've got 86 breeding Angus cows and we run a lovely working farm here in South Gippsland so we wanted a bull with low birth weight.

"We also liked the way he looked, the shape of him and the nice straight back along with his feet which are very good as well so we thought he was a good all-rounder."

"Three of the bulls will go into my herd of 250 cows as replacement and upgrade bulls and then one Angus bull will go to a client of mine at Willung," Mr Fleming said.

"I know Glenn has invested a lot of money into his black genetics and they look good on paper so we wanted to give them a trial on a small herd."

Ten bulls were sold via AuctionsPlus.

Elders Bairnsdale livestock manager Morgan Davies, one of two agents to represent the stud along with Nutrien agent Adam Sutton, said the result highlighted the confidence in the cattle industry.

"It was a superb effort for Glenn to bring a lot of different genetics together and offer them in Gippsland," Mr Davies said.

"Clearance is the key at every bull sale and clearance at the reserve price is very satisfying so I have no doubt the sky's the limit for Glenn and what he's hoping to achieve."