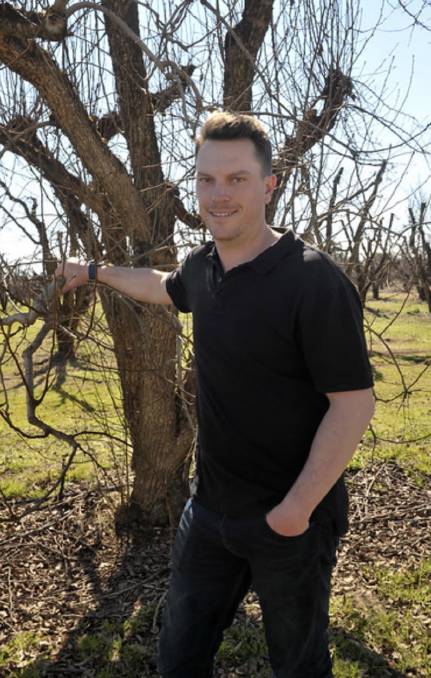 A Bacchus Marsh vegetable grower says her farm will have to plough crops back into the ground, if sufficient workers can't be found as harvest ramps up.

She said the coronavirus lockdown had hit the restaurant trade hard.

"Staff wise, we are fine, at the moment," Ms McFarlane said.

"But if we were in a normal situation, we wouldn't cope.

"All of a sudden, orders will start coming in, and we won't be able to cope with the staff we have got.

"If we don't have the workers, the produce gets rotor-hoed under - we've got no choice."

'But Australians don't show up for interviews, or don't turn up on the first day," she said.

"We have backpackers come through, but we don't have that now as most left the country when the lockdown came in."

She said she believed the state government's support package would help.

"It gives a little bit of hope Victoria will be opening up the doors to overseas workers.

"We NSW has, so hopefully, we won't be too far in following them."

She said workers from Samoa and the Solomon Islands were ready to come to work on the farm..

"It affects them,because they don't have the money coming in.

'In Samoa, they got sent back to their villages, and live off the land, because there is no income because no tourists are coming in."

"I think everyone is nervous; we've been heavily relying on the backpacker workforce, for such a long time.

"The reality is, as much as we might get some Australian workers participating, I still don't think we will get the numbers we need, to harvest our crops."

He said that had worked out well, with overseas workers keen and eager to come to Australia.

"We use, on average 250 backpackers and some people from the seasonal worker program

"The reality is there are just not going to be enough workers there, let alone for my own business, but the industry as well."

He said harvesting would start in mid-January and finished around the end of May.

"I think there is a population of backpackers, who have remained in Australia, who haven't been able to find their way home or are happy to stay here.

"The sooner we can get assurance out of the government they are willing to assist us, the better."

He said seasonal workers were more productive than backpackers, so the industry was looking at between 1000 and 1500 employees.

"That would go a long way."

AUSVEG National Public Affairs manager Tyson Cattle said there were serious concerns about a shortage of workers for fruit and vegetable farms, given the decline in backpackers coming on Working Holiday Maker visas.

"Growers always have a preference to employ local workers, particularly during the current economic environment that is resulting in many in Victoria and across Australia losing their livelihoods, but the reality is that local workers, for whatever reason, have not taken up opportunities to work on farms," Mr Cattle said.

"Victorian business particularly need to have more certainty around the availability of workers, given the closure of international borders and the strict border controls have stopped workers travelling from interstate to Victoria to work on farms."

"Growers need confidence that they will be able to get the workers they need to get fruits and vegetables off the farm and to consumers."

He said solutions needed a multi-pronged approach, as access to an efficient and reliable workforce had been a long-term issue for vegetable growers, exacerbated by the COVID-19 pandemic.

AUSVEG has endorsed a 10-step safety plan from the NFF Horticulture Council to attract displaced Australians to farm work and to restart the meaningful recruitment of foreign workers safely.

"The measures aim to provide temporary workers in regional areas with assurances that they will be supported, safe, and have full access to essential amenities and entitlements while minimising the risks posed to individuals, businesses and communities from COVID-19," Mr Cattle said.

AUSVEG could not predict what the short, medium and long-term challenges of dealing with coronavirus would be in different states.

'It is critical that growers start thinking about their labour requirements now for the coming months so that they can investigate mitigation plans in case there are further disruptions to the movement of people across borders and regions."