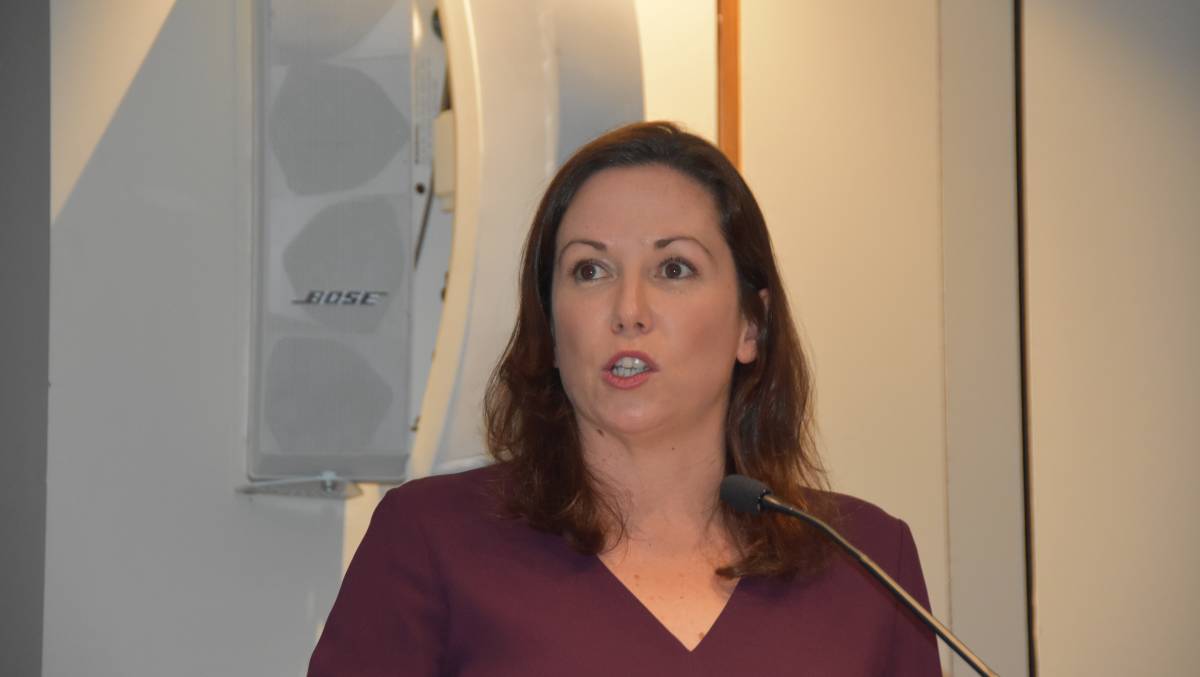 The Victorian government says the the commonwealth needs to act more quickly to get Pacific Islanders into the country, ahead of a looming shortage of seasonal workers.

Agriculture Minister Jaclyn Symes said the Victorian Farmers Federation had predicted 15,000 workers would be needed for harvest roles, to plug the hole left by overseas backpackers.

And she said while the government was targeting locals, it acknowledged seasonal workers from the Pacific Islands would also be required.

"We are pretty realistic - we are not going to fill all the jobs with local labor, although there are a lot of people in Victoria,who are out of work, at the moment," Ms Symes said.

"We are under no illusions we are going to need workers from overseas as well.

"The Pacific islands have been smashed through the downturn in tourism.

"I think there is mutal benefit in having people from those countries come over and earn an income to support their families, back home."

The government has announced a $17 million package to help overcome the predicted shortage, in fruit and vegetable picking and packing, grains harvesting, grain receival centre work, and other roles essential to the seasonal harvest.

Crops will be ploughed under, if workers can't be found

Ms Symes called on the federal government to do more, to encourage Pacifc Islander workers to return to Victoria.

"We have (Federal Agriculture minister David) David Littleproud saying the government will facilitate the issuing of documents for people coming from the Pacific, but I am still anxious to get more details about their Pacific Worker program.

"I am still anxious for more detail on how proactive they are being in approaching those countries. Where are the flights coming from?"

She said the federal government should also be looking more closely at removing disincentives for people to take up agricultural roles.

"I am also keen to explore an amnesty for undocumented workers, in Australia," she said.

"I think there are a lot of people for whom we could fix the existing problem, and make sure people move around and take up those jobs, rather being in the precarious postion they are currently in."

She said it was unlikely the federal Liberals would agree with that approach, but their National Party counterparts might be more open to exploring the issue.

"This is a problem that exist, we know there are undocumented workers, we have a lack of overseas workers and this is an opportunity to consider whether we can clean up the system.

"I think it's a conversation worth having."

She said it had been an incredibly challenging year for farmers and producers, which had required all agriculture ministers to work together, on a scale not seen before.

"I've had regular and productive meetings and conversations with all my state and territory counterparts throughout the year outside of AGMIN to share information and ideas on the common problems we're all facing," Ms Syme said.

'These challenges aren't going away any time soon - it's why I've continually called for a national workforce plan that addresses long-standing issues like seasonal workforce shortages with decisive ideas. A national plan would ensure timeliness, consistency and security for farmers."

The matter of undocumented workers was first raised at AGMIN in late July by several states, including Victoria.

Mr Littleproud is believed to have committed to the Commonwealth looking at options for an amnesty, as it was an area that is the responsibility of the Federal Government.

Ms Symes said she encouraged locals to consider taking a job in agriculture.

"Previous attempts to get locals into agriculture, picking and packing jobs, have not been overly successful, but I think we are facing a slight different environment this year.

"I know there are a lot of country kids who have gone home, put university on hold, or haven't got a hospitality job in Melbourne

"So there is a different audience, we can be tapping into, to help fill some of those labor shortages over summer."

Part of the financial package would assist with accomodation, making it more attractive for workers to travel to the country..

"The pandemic may also help clean up some of those poor employment practices, we know exist, in the industry."

Ms Symes said while most employers treated their workers well, paying a fair wage, there had been some bad practices.

"Local workers won't stand for that, so perhaps this is an opportunity to clean up some of those practices, because they will be exposed."

To help connect workers to jobs as quickly as possible, the Government will also employ new Seasonal Workforce Coordinators who, along with new Engagement Officers, will link local industry groups, employers, labour hire agencies, local government and other stakeholders.

The Engagement Officers will also provide additional support to culturally and linguistically diverse communities, who traditionally make up a significant portion of the seasonal agricultural workforce.

Farmers and agribusinesses will be further supported with $10 million from the Agriculture Workforce Plan to extend the Business Adaptation Grants - helping workplaces meet health and safety requirements and adapt to distancing changes imposed by the pandemic, with grants of up to $300,000.

She noted that it was important international workers were seen as part of the solution.

"Industry and approved employers have played an important part getting to this point and now we need industry and government to work together to overcome any issues for these programs," Ms Germano said.

"Approved employers will be a key player in making this work, so it's crucial they get the support and tools needed to do this."

He said National Cabinet had agreed the states and territories would be responsible for working with their industries, around demand and developing protocols for participation including quarantine arrangements with their chief health officials.

"Department of Foreign Affairs and Trade is facilitating those states that have already identified industry demand with those countries signed up to the program," he said.