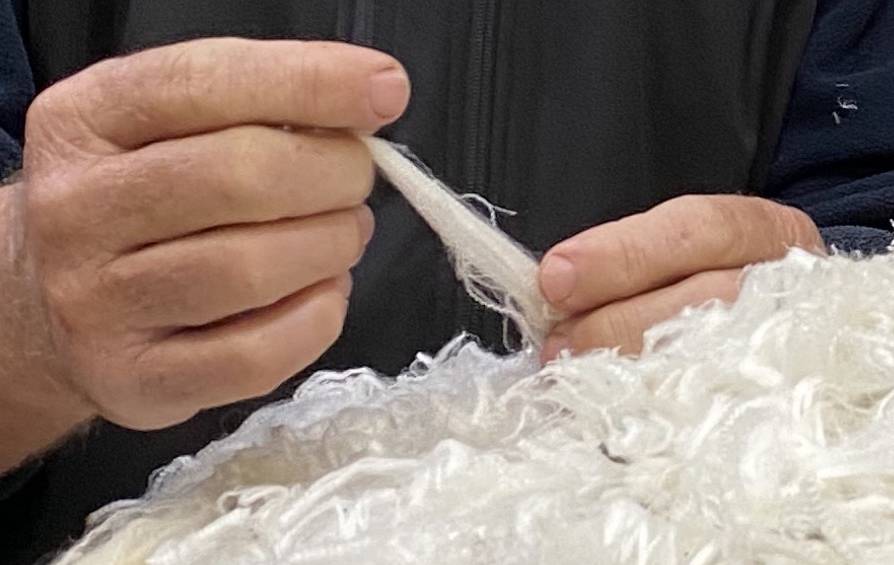 Tight supplies are underpinning a positive price outlook for good quality superfine wools, as a designated sale for this sector of the market is due to be held in Sydney this week.

As superfines go under the hammer in Sydney this week, wool prices are staging a small recovery.

The wool market surprised many participants last week, with a much stronger performance than expected.

While there had been some business done the previous week, and a positive tone was anticipated, it just got better and better as the week progressed.

A total offering across Australia of just under 30,000 bales - which these days is considered 'on the large side' - was keenly sought after, particularly at the finer end.

The Kiwi's added to the total - with 3000 bales offered in Melbourne - and South Africa put up 6500 bales, almost all of which were consumed by a suddenly hungry wool trade.

Price increases ranged from 0.50 cents a kilogram (minimum) for Merino fleece types to more than 100c/kg for superfine Merino fleece.

Finer crossbreds - being blended with Merino or going into the hand knitting industry - jumped by 30-50c/kg, but coarser crossbreds struggled to rise above the bargain basement price levels they currently occupy.

The New Zealand market also rose by 2-5 per cent on Thursday, providing a glimmer of hope for this sector.

Overall, the Australian wool market moved up by about 50c/kg in a welcome sign that, like the Adelaide Crows AFL team, it can string a couple of wins together.

Is it too early to call it a recovery? Probably yes.

But there is still some ongoing business being written ahead of another small offering this week, with only about 25,000 bales rostered for auction across Australia.

Exporters and traders are being very cautious and selective with the business they write to ensure they do not over-sell and leave themselves vulnerable in a tight supply situation.

This week's designated superfine wool sale in Sydney could possibly see a return to the more extreme price jumps for superior lots of superfine wool - which are few and far between given the seasonal conditions in early 2020.

Vegetable matter has increased significantly, but so has yield - thankfully. The Australian clip is also broader in fibre diameter as a result of better growing conditions.

Andrew Woods, of Independent Commodity Services, reported that the average Merino wool fibre diameter for the current season to date is 0.37 micron coarser than a year ago and, significantly, the broadest it has been for 2.5 years.

This should keep the pressure on the superfine buyers - and keep the basis trending wider over the remainder of the current season.

So, while this week should see another 'green' market report, the wool industry will still bounce-about over the next couple of months to keep everyone in the industry on their toes.

The volatility which the wool industry has become famous for has not disappeared in the current crisis.

For now, the trend is looking favourable. But, undoubtedly, there will be a hiccup when we least expect it.

Demand is mainly being driven by the early stage processing sector, and not from retail activity.

There is, however, a noticeable change in the mood throughout the chain with - as mentioned previously - less of a feeling of despair pervading the trade.

European customers are talking more wool, and Chinese uniform orders are up.

But the middle of September is typically not deep enough in the cycle for next season's orders to emerge and we do need to question 'what is normal in 2020'.

While we wait for the world's retailers to make some sales and then discuss new orders with their supply chains, there is encouraging news emerging from at least some of the major retail players.

H&M, the world's second-biggest clothing retailer, returned to profitability in the third quarter (June to August), according to a Financial Times report.

Cost cutting and fewer discounted sales had provided a boost to its bottom line - along with a move towards higher-value collections.

The chief executive of H&M was expecting the group to come out of the coronavirus crisis stronger and with less physical stores than before - and a greater online presence.

Perhaps, finally, the demise of fast fashion is nigh and better value clothing will come to the fore.

Obviously, this represents good news for the wool industry in the longer term.

Much has already been written about the struggles of worsted fabric items, such as men's suiting. But Merino wool knitwear certainly features strongly in the H&M range.

China's retail activity also had a welcome boost last week, as shown in the release of August data by the Chinese National Bureau of Statistics.

Retail sales grew 0.5 per cent from the same month last year and were up from minus 1.1 percent in July - and ahead of analysts' expectations of a zero reading.

This marked the first growth in the retail sector this year, according to an article in the South China Morning Post.

Combined with a better than expected increase in manufacturing production for the month, the data points to a sustained recovery in the world's second largest economy.

Much has been written about the wool industry's reliance on China's early stage processing in particular. But the importance of China as a retail consumer of woollen garments has definitely been a factor in the drop in demand during the past six months.

A resurgence in activity of the Chinese consumer will be applauded by everyone involved in the wool industry.

So, a few things are starting to go right and there is definitely light at the end of the tunnel.

But hang on for the ride, as it is sure to be a little bouncy in coming months.

The story Market rebound driven by tight supplies at finer end but the ride will be bumpy first appeared on Farm Online.