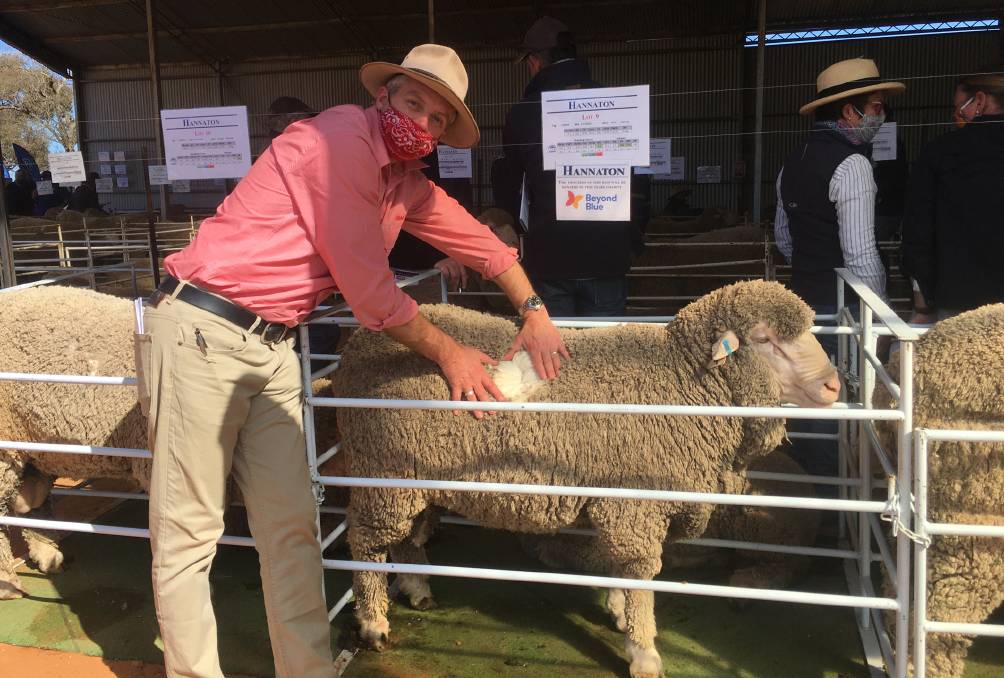 The Hicks family were 'delighted' with the results of their Hannaton Merinos on-property sale at Kaniva with more rams being sold and at a higher average price.

Jonno Hicks said the this sale was "a brave new world" with the use for the first time of AuctionsPlus.

He said it was the most even line-up of rams they had offered and that was reflected in the prices with a top of $4500 - three times - and an average of $2337.

Because of the depth they increased the offering of rams and cleared 101 of 106 with bidding through the catalogue.

Mr Hicks said the coronavirus restrictions meant they lost some South Australian clients due to the restrictions but picked up some Victorian buyers.

The first ram to make the top of $4500 was lot two that was purchased by Loyoak, Minimay.

One of the volume buyers of the sale was Warooka Pastoral which purchased five rams to a top of $4500 for lot 18.

Lot nine also made the $4500 top and was purchased by Visatro Pty Ltd, Willaura.

The proceeds for the ram was donated to this year's chosen charity, Beyond Blue.

Among the lots to make $4000 was lot one purchased by Janmac.

Lot seven was purchased for $4000 on AuctionsPlus.

Mr Hicks said the stud was "really lucky" to have the support of loyal buyers, including Loyoak which had been purchasing rams for 50 years, and many others for 20 to 40 years.

"It was a combination of new and existing buyers that led to this year's strong result," he said.

Buyers operated from three states either on AuctionsPlus or via an agent at the sale.

He said the stud was going down the track of basing genetic selection to produce sheep that would not require mulesing.