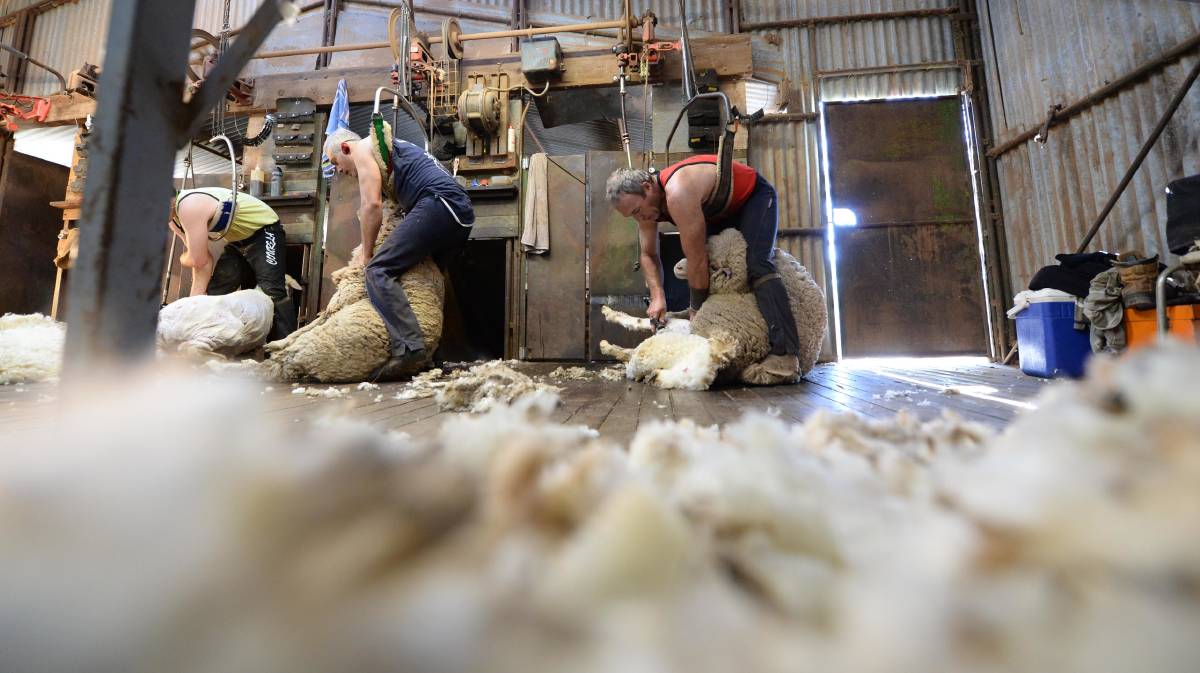 The shearing industry is being forced to defend its use of New Zealand shearers, amid calls seasonal workers are robbing young Australians of a chance to take up the trade.

The shearing industry is being forced to defend its use of New Zealand shearers, amid calls seasonal workers are robbing young Australians of a chance to take up the trade.

The Australian Workers' Union says the federal government's decision to allow short-term visas for New Zealand shearers will rob young Australians of the chance to take up the trade during COVID-19.

But the shearing industry has described these calls as "out of touch", saying the opportunity for young people to take up careers in the industry has always been there, whether we're in or out of a pandemic.

The calls came from AWU national secretary Daniel Walton, who said the money spent on bringing 500 shearers over from New Zealand would be far better invested in training regional Australians in the art of shearing.

"There is no shortage of shearers - or potential shearers - in Australia," Mr Walton said.

"The farming industry just likes to create a surplus of workers to drive down wages."

He said when it was understood there would be no visas granted to seasonal shearers from New Zealand, it had provided a "silver lining" for rural and regional Australians facing record levels of unemployment.

Yet the federal government's decision a few weeks ago to allow short-term visas for New Zealand shearers "snatch[ed] this silver lining away", he said.

"This decision will mean that it will be easier for a Kiwi shearer to get an exemption from the strict state border restrictions than an Australian," he said.

"That's just not fair and it will cruelly rob many young Australians from gaining a foothold in this industry.

"Until the 1980s we didn't have to rely on overseas workers, and the only reason we do so now is because our government allows this international workforce to undermine Australian training and drive wages down."

"What 500 Aussie workers are 'sacked' each year and replaced with 500 Kiwis each spring, then the Aussies are reinstated in summer, when the Kiwis return home?" Mr Letchford said.

"The Southern Hemisphere has a very liquid pool of labour and we hadn't really identified how well it worked until COVID-19.

"We have a very efficient, effective system but it upsets the traditionalist who wants to have the industry performed by the citizens at home.

"Of course we'd want that to be the case but we didn't sack any workers, they're just not here."

"We've got a workforce that's about a quarter of the size of what it was back then," he said.

"We do have a shortage of shearers in spring, that's a fact."

And he said there were a lot of reasons why Australians were choosing industries other than shearing to pursue careers in.

"The continuity of work is the biggest problem and the second-biggest is the conditions," he said.

"There's the physical conditions that are presented to them in terms of strenuous work; it's a tough job.

"Then look at shearing sheds and physical environments, and while it's the minority, there are still a large number of workplaces that hardly have running water and flushing toilets."

Start the day with all the big news in agriculture. Sign up here to receive our daily Farmonline newsletter.

The story Shearing industry forced to defend its use of NZ workers first appeared on Farm Online.