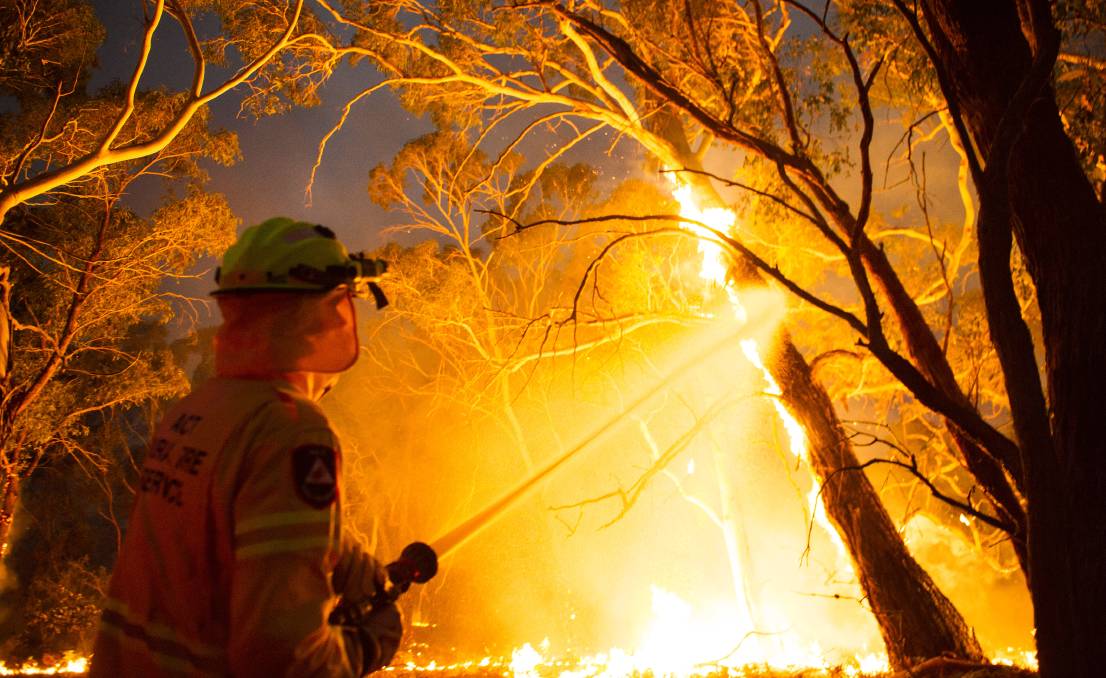 The bushfire royal commission is considering calling for a permanent system of pay for volunteers. Picture: Dion Georgopoulos

The commission also considering recommending enshrining pay and protection for volunteers called to fight fires for weeks on end.

The royal commission tasked with examining Australia's natural disaster preparedness after the Black Summer bushfires says there is a need for a national warning app.

The commission is also considering recommending enshrining pay and protection for volunteers called to fight fires for weeks on end.

The Royal Commission into National Natural Disaster Arrangements on Monday published a set of interim observations, ahead of its final report in October.

Commission chair Mark Binskin said the document did not contain draft recommendations, but rather the preliminary views of the commission that would be shaped by feedback as it approached its final hearing block on September 21.

The commission said based on the evidence it had heard, there was a clear need for greater coordination between jurisdictions, with Australia likely to experience more frequent and intense natural disasters over the coming decades.

While a number of bodies have stepped up to fill the gaps, these arrangements were not satisfactory.

"Current arrangements do not provide a clear mechanism to elevate matters to national leaders - that is, the prime minister and other first ministers of states and territories," the commission said.

A new national disaster agency could be set up, which could scale up and down depending on the nature of the unfolding crisis.

The commission said while the recently-created, disaster-specific agencies such as the National Bushfire Recovery Agency, Bushfire Recovery Victoria and the National Drought and North Queensland Flood Response and Recovery Agency, have played a "valuable" role in recovery, rolling out new agencies in the middle of a crisis could be "disruptive, delay necessary and immediate assistance, and create confusion".

The commission also said there was a need for national consistency with bushfire warning systems. While there are three levels of bushfire alerts used nationally, the symbols and actions associated with each alert level vary between states and territories.

The Australasian Fire and Emergency Service Authorities Council has been working on a national all-hazard system - the Australian Warning System - for six years. It has been in a community research phase since September 2018. The commission said this work needed to be finished "as a priority". 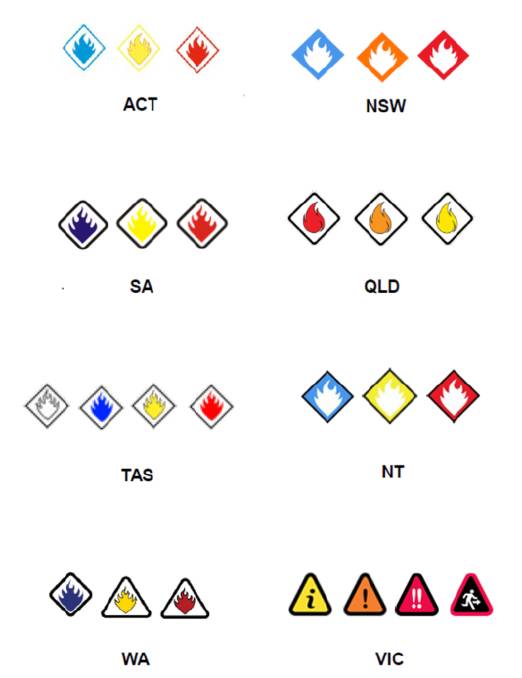 "We recognise AFAC's efforts to pursue consistency in a collegial manner through CCOSC. Nonetheless, for such a critical issue, this work has taken too long and is an example of the need for a clear decision-making process and to elevate matters to national leaders where required," the commission said.

While the state-based apps were generally well-liked by the community, the inconsistencies and differences caused some issues during the last fire season - particularly for border communities and tourists.

"We are considering the value of a national approach to apps that can standardise the process of attributing a warning to an emergency, clarify time lags in publishing warnings, and provide all relevant information an individual may need to make an informed decision in relation to all hazards," the commission said.

"We are considering the need for a new 'national app' with information about all natural disasters, not just bushfires."

The commission also commended the work of volunteer firefighters, without whom "the bushfires may well have lasted longer, taken more lives and destroyed more homes".

It noted many of these volunteers worked for weeks on end and were unable to perform their regular jobs.

"Some support was offered to volunteers, including a government funded volunteer support payment and support from the private sector," the commission said.

"We are considering whether all volunteers ought to have the same immunities, and whether volunteers taken away from their regular employment for extended periods would benefit from additional employment protections."

Late last year, Prime Minister Scott Morrison announced firefighters from the private sector would be eligible for up to $6000 in compensation if they had served for more than 10 days fighting the Black Summer fires.

However Mr Morrison said at the time he would not support this becoming a permanent payment.

An estimated three billion animals were killed or displaced by the fires, with many threatened species affected.

The fires caused more than $2 billion in insured losses alone, while the economic impact on tourism, hospitality, agriculture and forestry has been estimated to be around $3.6 billion.

The commission also said there may have been a further $2 billion in health costs - in part from respiratory illnesses caused by the smoke.

"These figures are likely to underestimate the true cost of the bushfires," the commission said.

However the royal commission had difficulty developing a clear national picture of the impact of the fires due to inconsistent and incomplete data across multiple jurisdictions.