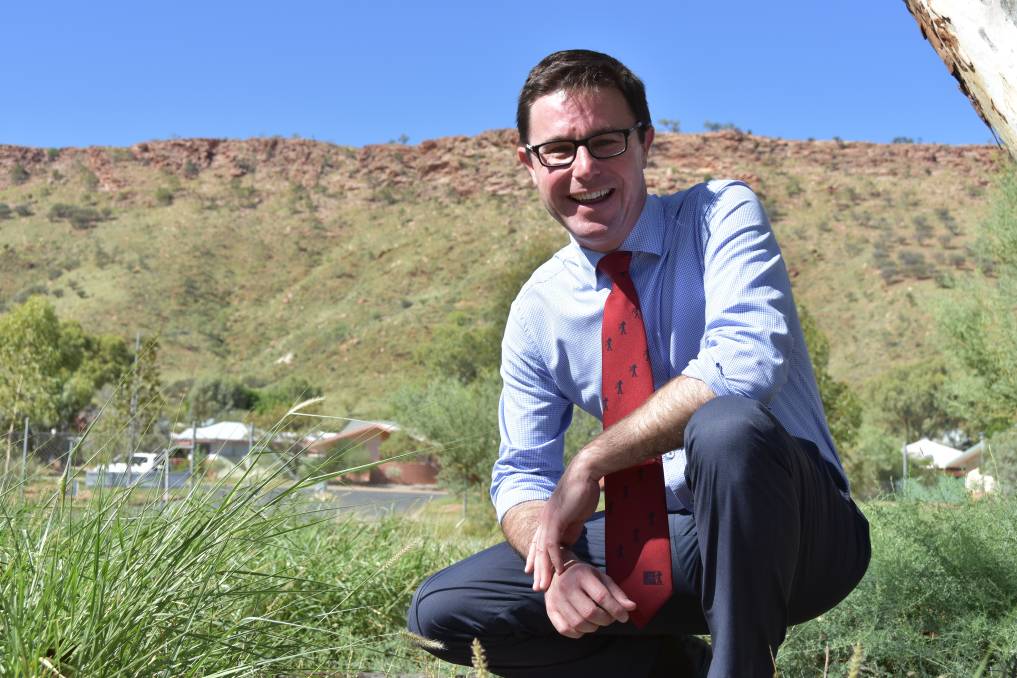 LITTLEPROUD SWIPE: Federal Agriculture Minister David Littleproud has urged the NSW government to act on clearing up border confusion with Victoria, or be seen as "hypocritical" over its stance on Queensland.

Calls for NSW to "show leadership" on ongoing border issues with Victoria.

Federal Agriculture minister David Littleproud has taken a swipe at the NSW government, calling on it to "show leadership" in sorting out ongoing border issues with Victoria.

NSW has temporarily shut its border with Victoria to contain the spread of COVID-19.

Under the Public Health (COVID-19 Border Control) Order 2020, anyone who has been in Victoria in the past 14 days must not enter NSW unless they hold a current entry permit and are authorised to enter the state, under the order.

Farmers and critical agricultural workers who live outside the Border Region in Victoria can also apply for the new Highly Specialised Critical Services (Agriculture) Permit.

Mr Littleproud said it would be hypocritical of the NSW government not to sit down with Victoria and try and sort out border issues, as South Australia was doing.

"(NSW) was very quick to whinge and to go hard at the Queensland Government about border restrictions, of impeding their agricultural production systems in NSW coming into Queensland," Mr Littleproud said.

"They were very quick to criticise, yet they've done three parts of bugger all in trying to help Victorian regional Australians in getting those border issues (resolved) in a practical common sense solution."

He said it was beholden on NSW to do what South Australia had done and show leadership and common sense, in seeking a workable solution.

'I'm not asking for them to tear down all their restrictions and say that it's all wrong.

"I'm saying be practical, use common sense, listen and understand - that's what the Chief Medical Officer in Queensland did."

South Australia was to be congratulated for taking the challenge.

"There is one last bastion to break and that is New South Wales - it is now beholden on them, otherwise, it would look very, very hypocritical."

NSW had to work through the issues in a practical, common sense way, which gave the community confidence around community health.

"Queensland has shown that, South Australia is trying to work through that," he said.

"So I challenge the premiers, and it is ultimately the NSW Premier who will have to imply and enforce the Chief Medical Officer to sit down with her Victorian counterpart, and I implore the Premier to show that leadership."

"I'm hoping on his return to the border today from Sydney, he brings constructive solutions to some of the most pressing issues" Mr Walsh said.

Families and businesses on the Victoria-New South Wales border are crying out for a solution to strict border closures that are causing chaos and confusion and making it impossible to go about daily life."

The constant changes to the NSW Government's permit system were not workable, for farmers, families and businesses that relied on their cross-border counterparts for access to essential goods and services.

"As a border community resident, I understand all too well the enormous impact these closures are having on our daily lives," he said.

"The NSW Premier has the power to fix it," Mr Walsh said.

""The NSW Government must urgently find a solution to these border closures that allows farmers to get over the river to tend to livestock and crops and makes it possible for border families and businesses to go about daily life."

He said there were little, to no active coronavirus cases in most communities along the NSW-Victorian border.

"We've reached a temporary fix for the movement of seasonal farm workers but far more needs to be done for our horticulture sector to have confidence it'll be able to secure the workforce it needs to get the fruit off the trees," Mr Walsh said. "Similarly, harvest contractors will need to be able to move freely to access properties for the busy grain harvest period.

"Expanding the postcodes in the defined 'border region' and making sure the special permits allow us to go about daily life are critical measures that must be considered to take the pressure off of families and businesses."

Victoria's Agriculture Minister Jaclyn Symes said she had spoken with Mr Barilaro last week, when he was in Albury.

"I'm hoping on his return to the border, he brings constructive solutions to some of the most pressing issues," Ms Symes said.