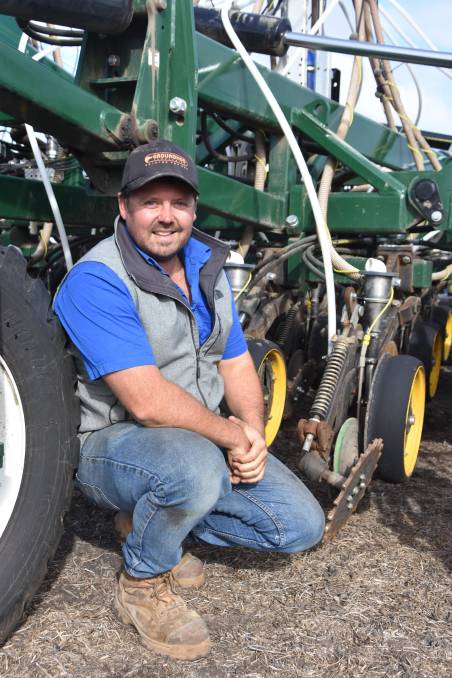 Victorians living just across the SA border, in or near towns like Kaniva, have been told only essential travellers can enter the state, from August 21.

The SA government has said education, shopping and medical care will no longer be legitimate reasons, for entering the state.

"SA has virtually shut the border and all hell has broken loose," Cr Meyer said.

"People are asking what the hell is going on?" Cr Meyer said.

Cr Meyer said Victorian students, who went to school in SA, would have to stay home.

"There are still going to be exemptions," he said.

"Transport is going to have priority, you will still be able to shift stock and grain into SA, but the driver must have a valid COVID-19 test, which has to be in the last seven days."

"The difficulty is, where do you get your test?"

Cr Meyer said at the moment Victorians living within 40 kilometres of the SA border were allowed to cross into that state, providing they had regular tests.

"Essential workers are not supposed to leave the border zone, to go to Horsham, or Nhill, for testing, as that takes them out of the zone and they will potentially lose their exemption."

He said one driver recently took a load of livestock into SA and spent three hours, waiting for a test.

"What's going to happen with the grain harvest, and what happens if your driver gets sick, or breaks a leg, who do you get." Cr Meyer said.

"If you need an emergency driver, he won't be able to get a valid test."

He said shire grain and oilseed growers needed to deliver products to Wolseley and Frances.

"We have got some very large grain growers, who live within two or three kilometres of France silo."

He said the shire was pushing to get the mobile testing station, now based in Horsham, to come to each of the five border communities, for a day at a time.

Jon and Tiarnee Dyer, Kaniva, have been hit particularly hard.

1st baby due in 9 weeks, wife's work and family are at bordertown and will be 50km away and unable to see us at this stage. 90% of our farm equipment service and parts comes out of Bordertown. Turning into a fair headache.

Their two year old daughter, Mabel, has hip dysplasia and needs to see an Adelaide specialist, on a regular basis.

The family had been told the specialist would not be able to examine Mabel, for the forseeable future, and they may need to seek another specialist, in Victoria, as she may require more surgery.

"I don't know how helpful that's going to be."

Mr Dyer said he wasn't hopeful of her getting an exemption, as SA authorities had already turned down an application from another staff member.

"Both those cases have been acquired, outside the shire - we have never had community transmission here.

'People are talking about a second wave, we haven't had the first one - not that we want it."

Mr Dyer said it seemed foolish to treat the residents of West Wimmera the same way as people living in Melbourne, which was in lockdown.

"It's madness - we have to have a bit of common sense," he said.

He said, apart from the Northern Territory, other jurisdictions were applying restrictions to residents of postcodes, where there was a flare-up of coronavirus.

In an open letter to Prime Minister Scott Morrison, Ms Dyer said the announcement had sent many members of the community into "deep, downward spiral.

She said Jon relied on businesses in Bordertown, SA, for agricultural service and supplies.

"Without these services, he will need to travel 120km to get equivalent supplies and services, that are available 40km away.

"He also supplies wheat to South Australian flour mills, while this has been unaffected, so far, we are unsure of what will happen next."

Ms Dyer said some residents would be wondering how they were going to survive, medically and financially.

"We have done all that has been asked of us and still cross community border members feel as though they are being punished."

So many upset thoughts going through my head right now.

What if the arbitrary lines drawn on the maps of the Australian continent over 150 years ago in the horse & cart & telegraph days no longer serve us well in 2020?

Sam Eastwood, Kaniva, said he was more disappointed at the decision, than surprised.

"There are certain reasons why community residents need to cross that border," Mr Eastwood said.

"It's not to go over the border to get our favourite brand of coffee beans, because they don't stock them in Kaniva.

"It's for legal, medical and commercial reasons."

Mr Eastwood said Bordertown was a regional hub for the Victorian Wimmera communities, in the same way Horsham was for residents to the east.

"Our accountants, mechanics, vets, doctors, dentists - the list goes on and on - are in Bordertown - it is our regional centre.

"I think people need to know people living in this 40km bubble are being extremely vigilant at not putting people in SA and Bordertown at risk."

He said Victorian border residents didn't want to be the ones who took coronavirus into SA.

"We are arm in arm, with the SA border police, and SA border communities, because we need them."

The decision was one the SA government was making on funding and resources.

"I'm calling on trhe Victorian government to step up, and support the regions on the border, to help cover the cost of testing and manpower," he said.

Cr Meyer said most business was done by Victorians, heading into SA.

"There has been a lot of commonsense," he said.

"People have been able ot go into that 40km zone, to do their shopping and other business, but that's all closed.

"People in capital cities are making decisoins without any knowledge of how life is, around these parts.

"People haven't had any answers - we may be able to work through some of this but, at the moment, it's total confusion."