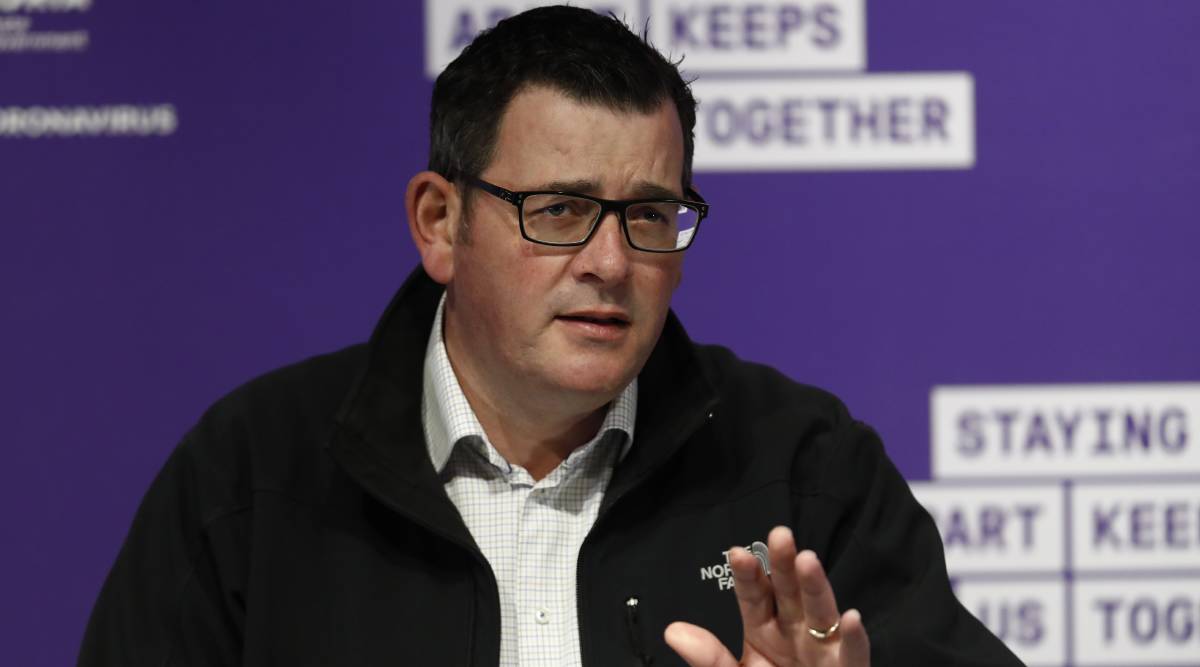 THANKS: Stage three restrictions were being followed by the vast majority of people in regional Victoria, Premier Daniel Andrews said.

Ballarat, Geelong and Bendigo get extra coronavirus test sites to increase capacity in those cities.

The growth in coronavirus case numbers in Geelong, Bendigo and Ballarat has seen the government install three new testing sites in those centres.

Premier Daniel Andrews said there would also be increased staff and hours of operation at existing test sites at the three cities.

The increased testing push would allow the government to trace any cases and eventually stop any spread.

He said stage three restrictions had only been in effect for a week and the impact was starting to be seen.

"It's sort of a day-by-day proposition," he said.

He said as at Wednesday there were 176 cases in Geelong in the past 14 days, 23 in Ballarat and 51 in Bendigo.

UPDATE Thursday: Victoria has recorded eight deaths and 278 new coronavirus cases in the past 24 hours - down from 410 Wednesday and 331 the previous day

Regional Victorians have been congratulated on the work they have done under stage three coronavirus restrictions, but were warned it was unfinished business.

Victorian premier, Daniel Andrews, said that there had been a rise in positive test results in regional Victoria - including Geelong, Ballarat and Bendigo.

He said that while the numbers were "very low", coming of such as a low base "any additional cases are of concern".

Mr Andrews said people throughout regional Victoria had done a great job following the rules throughout the pandemic, but it was important that they "stay the course".

"Even at low numbers we've got to have vigilance across the board to keep them low and rive them down further," he said.

People needed to think whether travel to regional Victoria or from regional areas to Melbourne was absolutely necessary.

If there was any sense that a trip could be avoided or limited, that would help reduce movement and "less cases and getting to the other side", he said.

Stage three restrictions were being followed by the vast majority of people in regional Victoria.

"This is an endurance test. People need to stay the course."

On Thursday, NSW recorded a further 12 new cases, down from the previous day's total of 18.

WEDNESDAY: On Wednesday a record number of 21 deaths in Victoria and 410 new positive test results was recorded.

The result was an increase from 331 on Tuesday, while NSW recorded 18 new cases and New Zealand recorded its first new cases in 102 days.