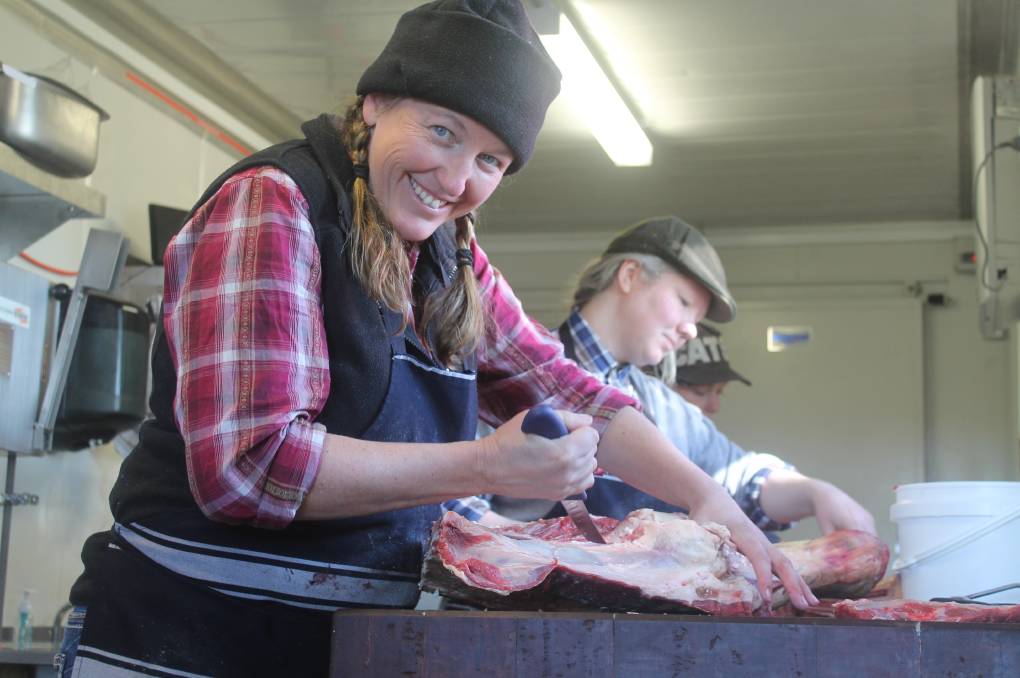 The long awaited Victorian government options paper on planning for Melbourne's Green Wedges will be released for public comment, next week.

The paper examines several ways in which farmgate shops can be more appropriately included in the state planning scheme.

It comes at a time when Mornington Peninsula farmgate store owners are set to establish their own incorporated group, to lobby for greater protection.

State government Green Wedge legislation stipulates Farm Gates must only sell produce grown on their land or an adjacent property.

Selling 'retail' products is expressly prohibited in the Green Wedge.

"The Victorian Government has been working with communities in the Green Wedge to identify how Melbourne's agricultural land can be protected into the future," a Department of Environment, Land, Water and Planning spokesman said.

"We're looking at options to address issues in our planning system that might make it easier for farmers to continue to offer farmgate stores.

"Last year, we worked with farmers to identify parts of our planning scheme that could be made more flexible to help support peri-urban agriculture."

The discussion paper, Planning for Melbourne's Green Wedges and Agricultural Land - looks at potential protections for agricultural land, on the city's fringes.

Consultation on protection of Melbourne's agricultural land has concluded

A broader focus is required, when protecting peri-urban agriculture

"We have been investigated for selling beef and lamb from our property, eight minutes up the road from our farmgate store, because it's not grown on the land where it's been sold," Ms O'Neil said.

"This is the red tape we are dealing with."

She said she wanted the council compliance officers to wait until the Green Wedge strategic review was completed.

"We would like to see council see the outcomes of that, before acting on something that might change," Ms O'Neil said.

"People are pushing the shire's compliance team to prosecute laws that are going to be changed."

She said it was common sense to sell products, from other farmers, in her shop.

"I have lists of people who say to me 'I want to grow something on my land, tell me what I can grow, and sell in your shop?"

"If compliance gets their way, that's not going to happen."

Ron Slocombe grows blueberries, at Red Hill, and said he relied on local, high quality food stores and Torellos to move as much his fresh fruit as possible.

"We simply could not manage farmgate sales ourselves, especially since we are in a secluded spot," Mr Slocombe said.

"We have put in experimental crops of feijoas and garlic this year, the feijoas will not bear fruit for at least another couple of years, but we hope we can sell garlic through Torellos too, when it matures around Christmas time.

"We do not have the infrastructure or resources to manage public access to our place, and besides people who go to farmgates get access to local produce at one site rather than have to go to multiple sites for the range of fruit and vegetables they require. "

He said he felt the rules should be re-written, so that local products, clearly marked where they have been grown and prepared for sale should be allowed at registered farmgate enterprises.

"I think there must a joint responsibility between local producer and farm gate management to make sure products are produced ethically and uncontaminated."

Mr Slocombe said the property's farm production was too small for even the local supermarkets to be bothered with, since they all used centralized purchasing arrangements.

"Without farm gate sales, we will cease to operate, and we know from the reputation our fruit has gained through local sales, that our berries are superior to anything available though the large retailers," he said.

Wayne Shields, Peninsula Fresh Organics, Baxter, said there were many small farmers, in the shire, who didn't want to set up a farmgate shop.

He said a group of store owners, and their potential suppliers was currently being set up.

Mr Shields said the council had already sent him one 'cease and desist' letter, telling him not to sell products that were grown, or made, off site.

"We have moved some of our operations off the Peninsula, but we still have a farmgate shop operating," he said.

"I believe there is another letter coming.

"We wrote to the council several weeks ago, and haven't heard anything back."

Mr Shields said he had set up a second outlet at the Dandenong Market.

"It's a bit bizarre, all we were asking was for a bit of breathing space, until we had some feedback on the strategic review into the Green Wedges."

"They are just trying to manage the potential risk, in allowing farmgate shops to sell more than their own produce," Ms Jonas said.

"The government has a strong appetite for supporting producers, who would like to be selling from farmgate shops."

The coronavirus pandemic had heightened the need for producers to be better supported to maintain outlets, which sold their food.

"AFSA endorses protection against supermarkets being set up and bringing produce from far away, to sell in the Green Wedge, or farming zones," Ms Jonas said.

"But by increasing your offering it makes more people likely to come to your shop, because they can pick up a few things, instead of just one item."

She said AFSA had been working closely with the government and was confident there would be progress on the issue soon.

Mr Shields said selling the farm's own produce was "the name of the game.

"This is bizarre," he said.

"For a long time, the Mornington Peninsula Council has been fantastic - I think they have led the way," he said.

The council's economic development department had been very supportive of farmgate operators.

"Suddenly, compliance have got influence, and they are overruling EcoDev," he said.

'"We have always had to support our offer - being an organic grower, we are really affected by seasonality, more so than the conventional guys.

"People can only eat so much kale, so it's really what keeps our business going."

Cr Hearn said a recent review of the Peninsula's farmgate operators revealed overwhelming compliance, however there were a small number who were not complying.

"The Shire has a statutory duty to enforce the planning scheme to ensure Farm Gates retain their uniquely 'homegrown' character and do not become like supermarkets, which are not permitted in the rural zoning," he said.

"We are aware that like many local businesses, our farmgate operators are struggling to adapt to changing conditions under COVID.

"We are very conscious of this as we carry out our responsibilities to uphold Green Wedge planning laws."

He said the council had worked strenuously, and would continue to do so, to ensure local operators would not face fines or court action as a result of this illegal activity.

"However, council has a legal responsibility in this matter and must continue to seek compliance with the planning scheme," Cr Hearn said.

"It's a case of on-the-ground realities, against state government legalities.

"There is that tension between what is workable, on the ground, as a business model, and what is the best, long term and appropriate planning approach that sustains and protects Green Wedge and agricultural land.

"We would say we are on pretty safe ground in saying farmgate stores were never meant to be a key sales area for produce that isn't grown in the local government area."

"I have always said the council needs to work with some of these growers, as to what they can or can't do, in terms of these laws," Mr Matt said.

"I don't believe in issuing cease and desist letters, unless it's for something that is really breaching whatever laws you are trying to protect."

He said the laws affected every one of the 11 interface councils, around Melbourne, but ultimately the regulations were up to the state government.

"Local government are only there to manage those state laws, that's as far as they can go," he said.

"There has never been any appetite to change the key elements of Green Wedge planning laws."

He said farmers who wanted to sell their produce could lease a shop and run a grocery store.

"Are they trading on just terms, with other farms?" he said.

"They are a commercial shop in a Green Wedge zone."