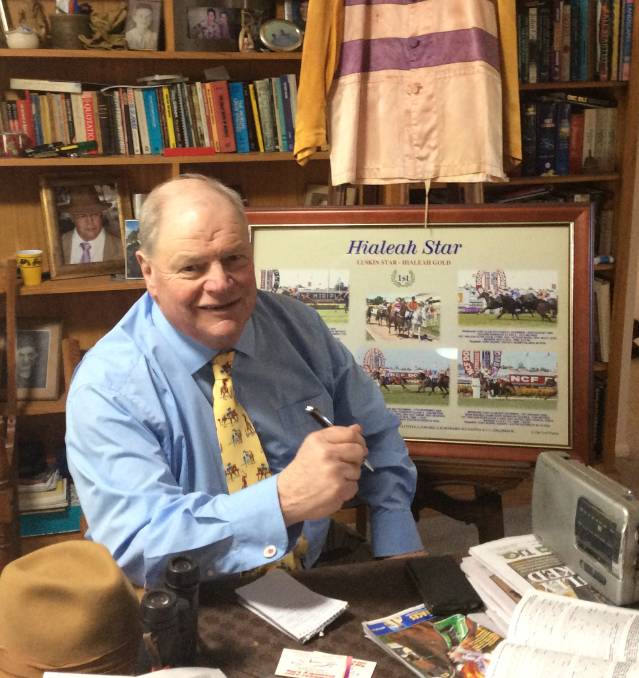 "It's been a good ride," comes Phillip's typical cheery retort, when asked what it was like to sign off from writing his extremely popular Down the Straight column.

"I'll certainly miss it, but it is time to hand on the reins, so to speak."

Phillip's love for Thoroughbreds started early. His grandparents' home overlooked Allman Park in Warwick, and like his parents they loved breeding Thoroughbreds and the thrill of owning winning horses.

However, it was as a Young Farmer exchange student on a trip to New Zealand in the late 1960s that the young man's passion was ignited.

"What really opened my eyes was seeing for the first time, not one, but two horses sell in either Australia or New Zealand for more than $100,000," Phillip said.

"It might not seem like a lot of money now, but I remember the sensation it caused as clear as day. They were both magnificent Oncidium colts. One went to Tommy Smith and the other to Colin Hayes.

"That absolutely spelt out to me there was an enormous industry behind all the race horses I loved watching go round and I knew for certain I wanted to be part of it."

Phillip found his niche with Queensland Country Life, starting in 1972, after studying at the then Queensland Agricultural College at Lawes.

Soon after that legendary editor Wallace Skelsey had him in a car with photographer Darcy Croft, and later Rodney Green, helping compile the then massive supplements for the annual yearling sales, which later morphed in the Golden Nugget and later the Magic Millions.

"As a young journalist it was just thrilling to go to studs like Lyndhurst at Warwick and Gainsborough Lodge at Toowoomba and know you were playing an important role in the sales process," Phillip said.

"Could there be a better day out for someone who loves racing than to be watching some of the best horse flesh in Australia being paraded in front of you and then getting to write about them?"

However, it wasn't until the early 1980s Phillip's incredible knowledge and gift with the written word earned him a dedicated column in Queensland Country Life.

"Peter Owen was the editor then. When he suggested QCL could do with a weekly Thoroughbred column, I couldn't get my hand in the air fast enough," he said.

"That was one opportunity I was never going to let slip by."

Later leaving QCL to work as a speech writer with the Queensland government, Phillip was plucked from retirement in 2005 to spearhead QCL's racing coverage.

Writing about Thoroughbreds continued to open doors for Phillip. He and his late wife Diane were able to travel to Singapore, the US and Europe, and New Zealand to cover major events including the Prix de l'arc de Triomphe in Paris in 2007.

Phillip also literally had silk in the game. He re-registered his parent's distinctive pink, purple and gold colours, which were worn by jockeys piloting some of the 12 horses he has co-owned over the years. His favourite was the mare Hialeah Star (Luskin Star/Hialeah Gold), which won eight, including five at Doomben.

"The racing industry has always been a fantastic industry and something I'm so proud to be involved in," Phillip said. "The only thing I would possibly change is backing more winners!"