An east coast low has potential to bring heavy rain to east Gippsland that could see flash flooding in elevated areas. 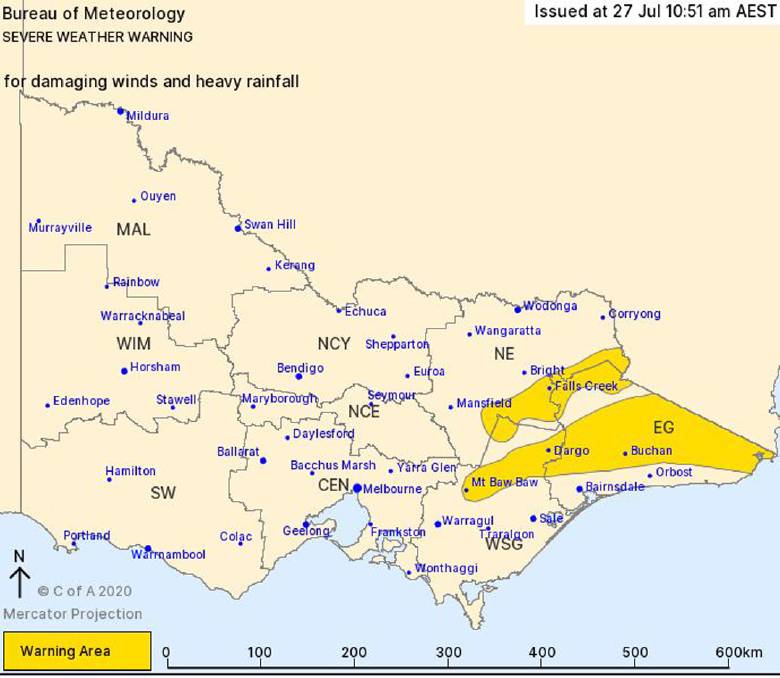 WARNING: Heavy rains from an east-coast low could cause flash flooding in areas affected by bushfires earlier this year. Source Bureau of Meteorology.

Landholders across East Gippsland should brace themselves for potential heavy rain and damaging winds later today.

He said Isolated heavier falls of 90-120mm were possible which may lead to flash flooding, mainly in elevated areas.

He said those regions were affected by the fires earlier this year leaving areas bare of vegetation.

It was "quite a risky situation", he said.

The warning comes as a low pressure system moves southwards along the New South Wales coast on Monday, producing heavy rainfall totals and the potential for flooding over East Gippsland and parts of west and south Gippsland. Damaging winds are expected to develop over Alpine peaks later today.

Rainfall was likely to continue during Tuesday, with a further 30-50mm of rain and isolated falls of 50-70mm. Rain was most likely during the morning before easing into Tuesday afternoon as the low pressure system weakened.