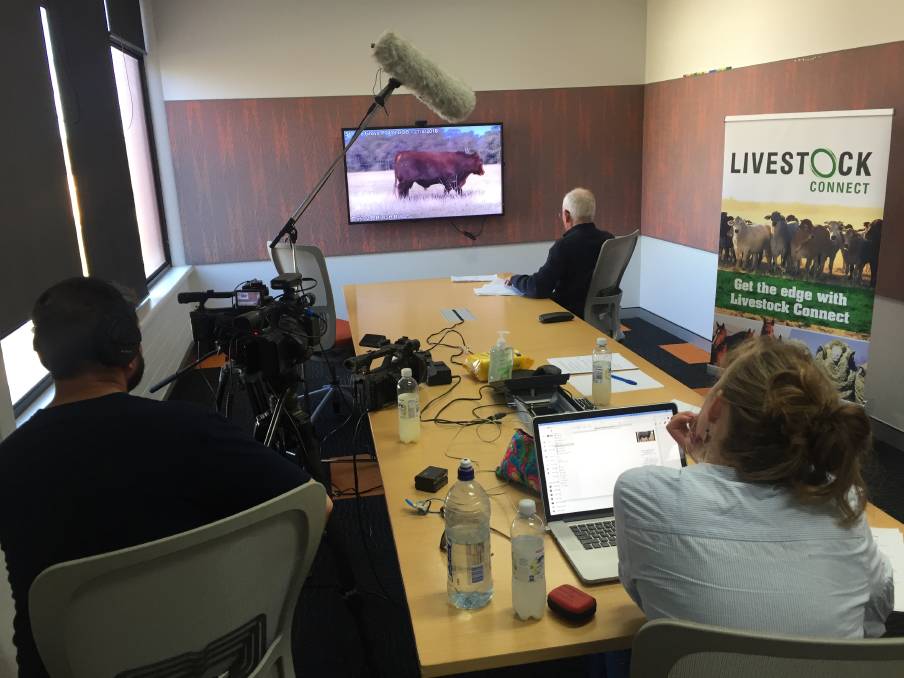 Sire Shootout was seen as one of ACM's best livestock marketing opportunities.

Potential bull buyers from across the globe cast their eyes over entrants in the Sire Shootout last week with the catalogue, online stream and voting poll all garnering international attention.

The three night online judging event attracted more than 12,400 views online and on Facebook with an audience from around the world including United States of America, Canada, Cambodia, Egypt, New Zealand and South Africa.

In addition to this, the online catalogue was read more than 2300 times while the viewer's choice polling page received at least 24,000 page views.

Aside from the competition aspect, Sire Shootout was seen as one of ACM's best livestock marketing opportunities and a chance to gain exposure beyond local districts especially during COVID-19 restrictions.

Interbreed judge David Bondfield of Palgrove stud in Queensland had sold bulls across the world. He said disruption was the word of the year and Sire Shootout was an opportunity to continue to showcase the industry.

"We are going to change the way we market our product not just in agriculture but in most products throughout the world," he said.

"This is just a great concept that will build and we will see changes that will be permanent as a result of what has happened this year."

As a seedstock producer who purchases bulls he knew the feeling of travelling far and wide to inspect animals, some that don't meet expectations.

He believed Sire Shootout was a cost effective tool that would continue to grow into the future.

"The beauty about this competition is all of those bulls have that exposure and from the safety of your lounge room you can see those bulls and then you can make up your mind which bulls you like," he said.

"A lot of these bulls come from all over the country and you have the ability now to see a bull from King Island, Western Australia to the top of Queensland and you haven't spent a dime at this stage.

Judges weren't provided with any pedigree, scan or estimated breeding value data, just like a show ring appearance, and based their decisions on the phenotype of bulls. For viewers this was a chance to see a snippet of a broad bull offering and make further inquiries.

"I'm judging these bulls on there looks without knowing their pedigree or EBVs and I would probably rather it this way because you are going for what you see and the structure in those bulls," Mr Crowley said.

"I'll leave it up to the purchasers to load up the rest of the cart with what they require and where their enterprise takes them."

The success of ACM's inaugural Sire Shootout has already prompted discussions of how the event can grow in 2021.

Stud breeders across the country have been forced to dust off their cameras and brush up on their online marketing skills when COVID-19 restrictions impeded on the traditional bull sale restrictions.

ACM created a platform for online showcases in response to the changes.

The Land's 2020 Beef Battle was an online competition for show animals while the Sire Shootout offered a professional platform to market sale bulls.

Almost 90 per cent of ACM's audience is involved in the beef industry offering a targeted audience to start conversations about bull offerings and progress to sale leads.

ACM's studstock business development manager Kirra Kelly said entrants could trust their stock would be showcased at a top level and commentary from renowned judges gave buyers the knowledge to inspect with confidence.

"With the pandemic pushing livestock sales into the online world and grooming buyers to inspect their next sire through video, competitions like the Sire Shootout provide a cost effective platform for breeders to showcase their stock and buyers to inspect and compare," she said.

"Breeders can expose their sale item to an audience who may not have considered them previously. It's a great branding opportunity at a reasonable cost."

Harvey Weyman Jones from platinum partner GDL previously told ACM the Sire Shootout had the potential to become a major feature of the stud selling season.

All eyes will now turn to the sale ring and the results the 83 nominated bulls attract.