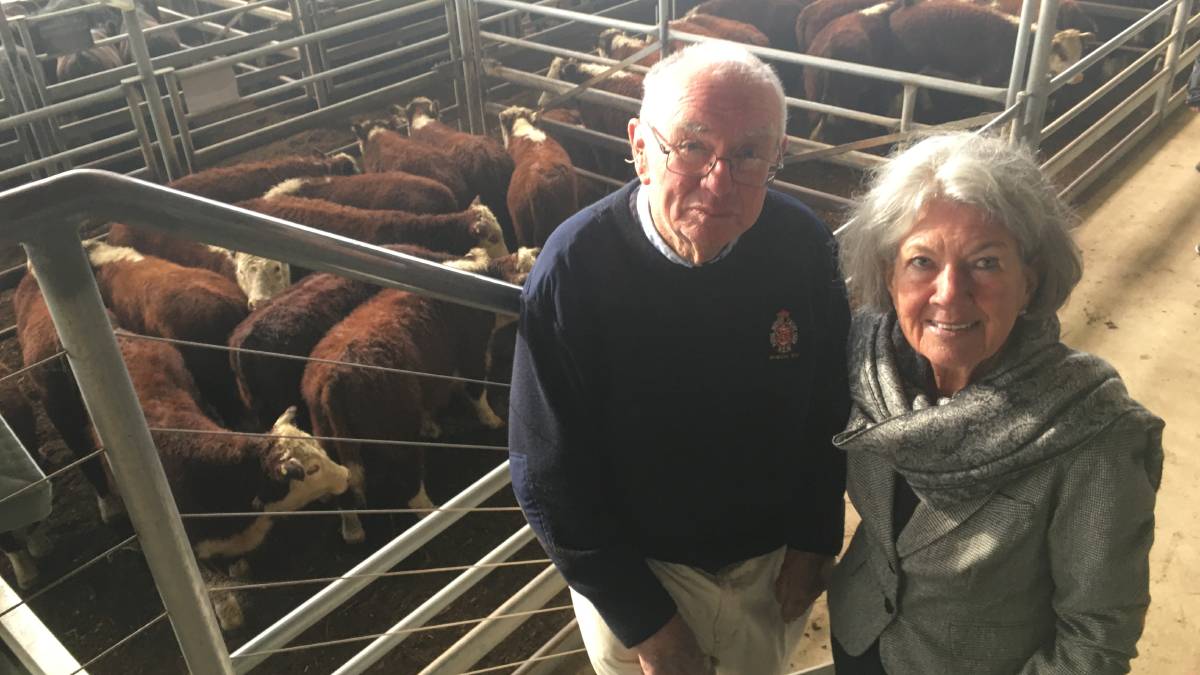 Renewed local restocker competition was a sign of confidence as light cattle maintained firm prices while heavier steers eased in places, attributed to the wet and boggy conditions across Gippsland.

The entire line was purchased by Elders Korumburra agent Alex Dixon on behalf of a South Gippsland client.

South and West Gippsland agents representing farmers bought a majority of the cattle on offer.

"I think that represented in the price because it was strong from the bottom to the top," Mr Obst said.

"People haven't got back to their full stocking capacity yet but people are getting their cattle through during what's not been a great season and they're being rewarded with some fantastic prices."

"The big heavy steers we sold were nudging 370c/kg and I don't know if they would have made any more anywhere or last sale and I thought the weaner cattle showed a 20 to 30 cent rise," Mr Obst said.

"We expect a lot of our regular buyers to pull up for a month to six weeks," Mr Fullgrabe said.

"We're lacking runoff but we have had enough moisture to give us a reasonable spring although the frost has knocked us a round in the last month or so.

"Local restockers were quite active on the females and the cows and calves bought to be breeders along with a few fatteners."

Several pens of cows and calves were offered including C Hale who sold one cow with a calf at foot for $2200.

"Females were good but there wasn't a lot of weight in the cattle so they sold accordingly but in central Gippsland the paddocks are fairly wet so those light cattle are ideal to tuck away," he said.

TG Armstrong sold three cows with calves at foot for $2090.