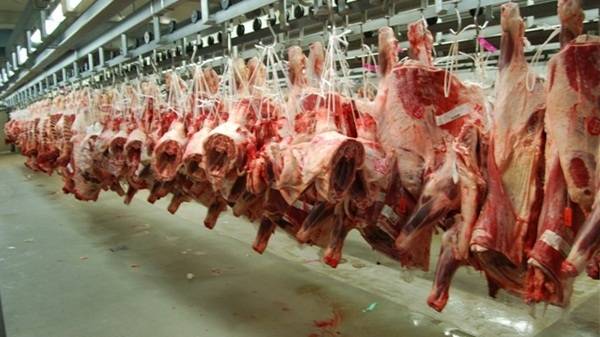 COVID CAUTION: JBS Australia has avoided a shutdown after becoming one of two Melbourne meatworks to record a coronavirus case but the union says the meat supply chain is vulnerable to any outbreak.

The production of JBS Australia's Brooklyn plant, one of two Victorian abattoirs identified on Monday as having a coronavirus case, has not been affected.

The production of JBS Australia's Brooklyn plant, one of two Victorian meat processing plants identified on Monday as having a coronavirus case, has not been affected but the union says Australia needs to act now to protect the meat supply chain.

JBS Australia head of corporate affairs John Berry said the meat processor had been notified of the case late Saturday and immediately met with Department of Health and Human Services Victoria.

"We've worked with the department and been able to demonstrate our ability to manage the risks and that we have extensive systems to protect both our people and anyone who visits our sites," Mr Berry said.

The Brooklyn plant had been able to resume normal operations on Monday, without disrupting its production schedule.

"The impact on the industry of Brooklyn closing would have been significant but it is business as usual and we have very strong systems in place and our standards around safety are excellent," Mr Berry said.

The person who tested positive had not been at the facility for over a week and had fallen ill after community transmission, he said.

The 1100-strong JBS Australia Brooklyn workforce had been encouraged to seek testing.

On Monday, DHHS Victoria said the Pacific Meats abattoir in Thomastown had closed and all workers would be tested.

Pacific Meats has not returned Stock & Land's calls but a source who wished to remain anonymous said government cleaners were at the site on Tuesday.

Australian Meat Industry Council chief executive Patrick Hutchinson said that Pacific Meats was not actually an abattoir but a boning and cutting plant that did not buy livestock.

He said the outbreak was "not an industry issue but a health issue" and that both JBS Australia and Pacific Meats should be congratulated for only recording a single case each.

"The process by which this has occurred has been exactly what was expected," he said.

"We've been very lucky to date that we haven't had a lot of community outbreaks but Melbourne might see things change now the way things are going there," he said.

'Meatworks are very large factories normally, anywhere between 500 and 2000 people work in most of them.

"They're all in very, very close quarters ... at their workstation, they're working right on top of each other and so, if you do get an outbreak of COVID, then it's likely to run through the meatworks fairly quickly."

Mr Smith said partitions between workers would only have a limited impact and split shifts would be more effective.

"We sent letters to various companies suggesting exactly that (split shifts), but I'm not aware of any sort of action taking effect," he said.

"You only have to look at the United States and Germany to see what happens when you ignore those things and eventually get the pandemic at your doorstep.

"I mean, they lost something like 40 per cent of their processing capacity overnight in the United States, which caused a huge oversupply and lots of animals simply getting shot."