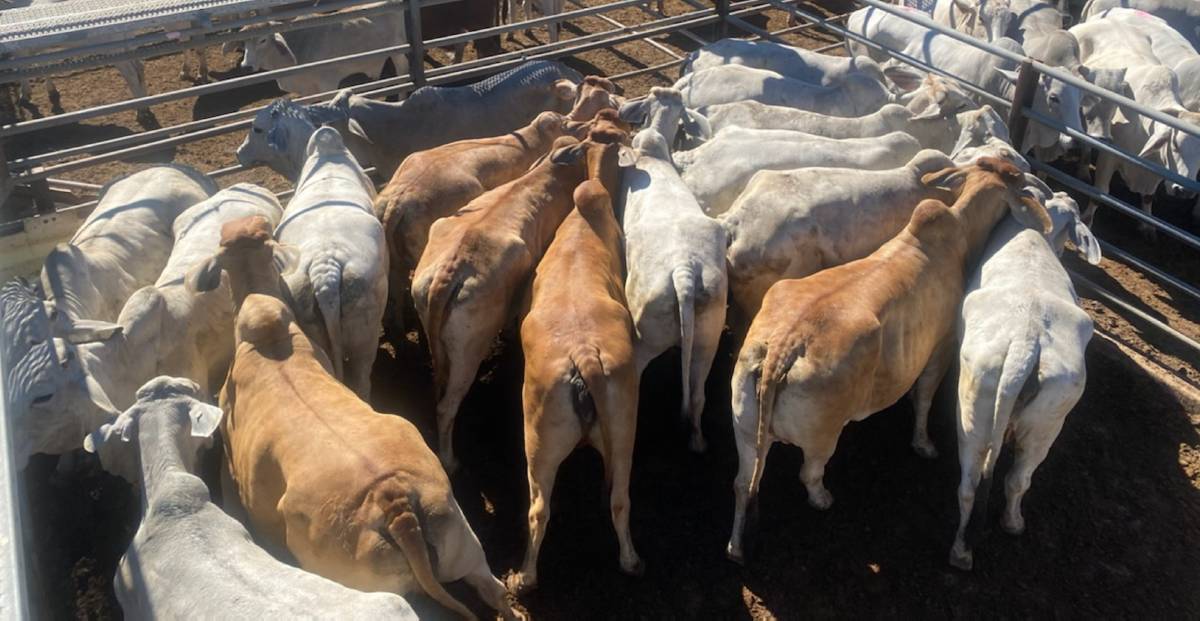 A fortnight ago southern Queensland grid rates for 4-tooth ox and heavy cow were adjusted up to 630 and 550c/kg respectively. But saleyard prices continued to head north and this week one major player added another 20c taking the grid indicators to 650 and 570c/kg.

The accelerating rate of decline in the US beef market is concerning, writes Ken Wilcock.

WITH the United States, one of our most significant beef markets, now experiencing a rapid decline in price, more than a few people are wondering how is it that grid rates and saleyard prices for ox and cow are getting dearer.

A large part of the answer to that would seem to lie with operators of different size and style of plants representing different levels of production efficiency competing for a scarce resource, i.e. too few cattle.

Everyone wants to keep the lights on and to attract cattle you have to match or better the rates that others are prepared to pay.

A fortnight ago southern Queensland grid rates for 4-tooth ox and heavy cow were adjusted up to 630 and 550c/kg respectively.

But saleyard prices continued to head north and this week one major player added another 20c taking the grid indicators to 650 and 570c/kg.

Another factor in the mix appears to be a return to more heightened buying activity from China.

The second half of 2019 saw China ramp up its take of Australian beef to the point that it became Australia's largest beef export market.

China has aggressively bought product out of South America this year and it may be with coronavirus threatening production continuity there that China is now widening its take from other supply sources.

In the context of a China ramp-up this year it is worth looking back at what impact it had on grid prices last year.

In November the US market experienced a spectacular rise to US309c/pound for indicator 90CL imported lean.

That prompted a Chinese buying frenzy which ultimately resulted in reneged contracts when the US market fell in December as quickly as it had risen.

But all of that only resulted in a momentary hike in cow price to 520c.

By December rates had dropped back to 580/480c on increased levels of supply.

The message, it seems, is that despite relative trading volumes, the US remains a key driver of the global beef market and how that translates into cattle prices here depends largely on supply.

Unfortunately at this point in time the US market is heading south as discussed below.

"Imported beef prices were sharply lower last week on a combination of lower domestic lean beef values, increasing meat protein supplies in the US, the seasonal slowdown in demand and more competition from South and Central American suppliers."

Of particular concern is the accelerating rate of decline in the US market.

Last week it was down by as much as US15 cents/pound (AU48cents/kg) in places.

That compares with more modest weekly drops of just 5c/pound since the May peak of around 265c/pound.

The message, it seems, is that despite relative trading volumes, the US remains a key driver of the global beef market and how that translates into cattle prices here depends largely on supply.

Before the coronavirus-influenced spike, the market for indicator 90CL blended cow (US East Coast Aust/NZ lean, FOB US port) was idling at around 208c/pound.

At the current rate of decline, it could be back down to that level in a fortnight's time.

Part of the reason for this is a significant increase in offerings to the US from South America.

Steiner says the Chinese requirement for a declaration that product shipped is free of COVID-19 is causing concern among South American packers.

Rather than just relying on a piece of paper, Chinese officials are reportedly applying audits to verify what steps a facility is taking to control spread of the virus.

Consequently, there is a perception of heightened risk that a plant could be delisted while product is en route.

We only have to look at the shipping statistics to see why this has the South Americans worried.

In the first five months of this year, Brazil exported 287,398t to China and a further 22,579t to Hong Kong, increases of 129 per cent and 19pc respectively on last year. 60pc of all Brazilian beef exports this year have gone to China/Hong Kong.

Similarly, beef exports from Argentina to China are up by 43pc on last year with China accounting for 90pc of all of Argentina's beef exports.

The next point is that domestic meat protein supplies in the US have not only recovered from the virus-induced slump but are now well ahead of year-ago levels.

Beef production is 5.3pc up due to a combination of higher slaughter rates and higher carcase weights.

Compounding the matter, domestic consumers in the US are still confronted with inflated retail prices as a consequence of the spike in wholesale prices in May.

These retail prices look set to remain for some time despite the increase in production-based supply.

The reason, according to Steiner, is that 75pc of retail meat is supplied in case-ready form and not enough is flowing through because there is dislocation at fabrication level due to continuing high levels of coronavirus absenteeism.

To add one more factor to the mix, drought conditions in Western Kansas, Oklahoma, and Texas Panhandle are getting worse, which points to even higher levels of cow slaughter.

Not a lot of positives there in terms of prospects for the US imported beef market and equally concerning are the implications for increased competitiveness from the US in key Asian markets.

The latter is compounded by the belief that China has implemented maximum residue limits as agreed under its Phase-one trade deal with the US.

If this is the case it would remove any 'HGP-free' supply restrictions on US beef and eliminate any trade advantage that Australia enjoyed over the US in its ability to supply HGP-free product.

Whether China extends its relaxed HGP-free requirement to other suppliers remains to be seen and if it doesn't, it will be interesting to see how vigorously those suppliers are prepared to contest the decision as a trade barrier.

The story US beef market in steep decline first appeared on Farm Online.