Keen competition at Mortlake made for a strong sale as feedlotters, processors and local orders vied for a good quality yarding. 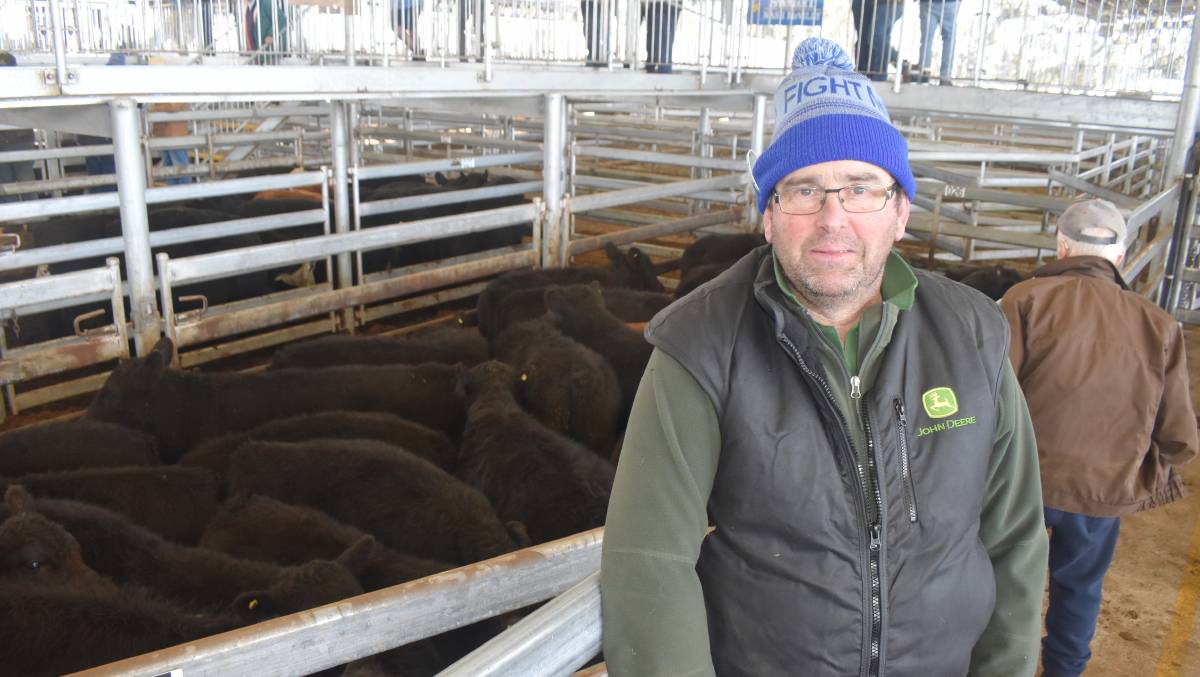 A big yarding of 4700 plus cattle at the Western Victorian Livestock Exchange at Mortlake was greeted by a large buying gallery with values firm to dearer.

Last minute entries saw numbers lift early in the week from an advertised 3500 to the final sale tally of in excess of 4700.

Mortlake Associated Agents Association president Alister Nash said it was a good quality run of grown and weaner steers, heifers and right through to cows and calves.

He said that while the majority of the yarding was breeder's cattle, there were lines of cattle from northern drought areas, bought in the spring, and were being resold.

The lighter steers spiked in places at above 500c/kg while it was "very hard to buy anything under $1000 head", he said.

The suitable heifers mainly went to feeders and processors with some backgrounders operating.

Tops of the heifers per head was a pen of six Charolais-cross, sold account Mondilibi Pastoral, 18-20 months, making $2027 or 388c/kg.

The top cows was a pen at $2040 was six sold account Beechwood Farms, with calves two-three months at foot.

Estate of TI Laidlaw sold a draft of Hereford and black baldy cows, PTIC to calve in July-September. They sold in five pens to a top of $1640 for a pen of 16 black baldies, six years old.