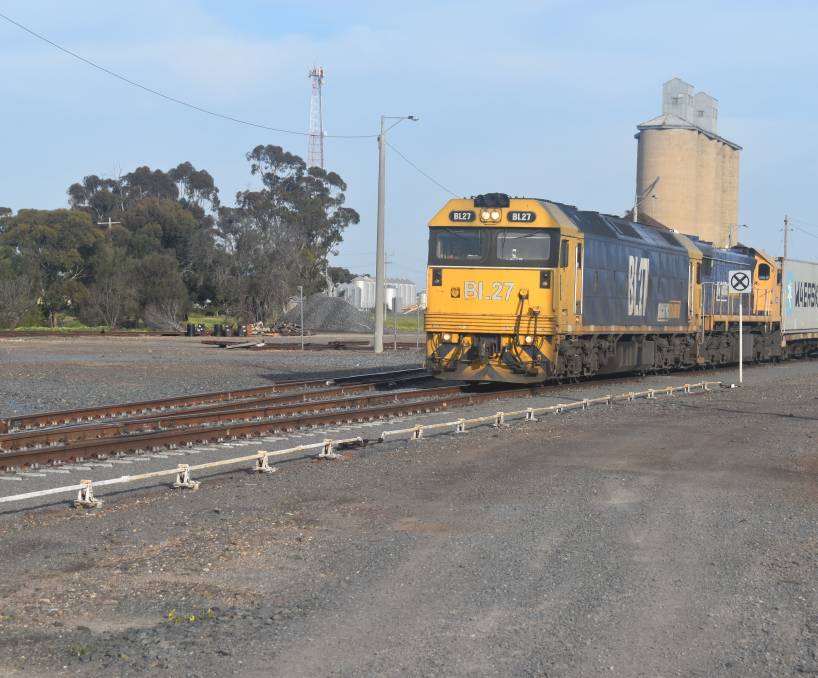 BUSINESS CASE: The revised business case for the troubled Murray Basin Rail Project is now with Federal authorities, but is being kept under wraps.

Victoria's peak agricultural body has expressed concerns about what's in the revised business case for the troubled $440 million Murray Basin Rail Project, now it's with the federal government.

The state government has confirmed it's forwarded the revised business case to the federal government, in a bid for more money to complete the project.

Work on the five-stage project has stalled, with three sections still to be completed.

But key players, including the Victorian Farmers Federation, say they're worried the draft business case contains options that leave out critical aspects of the original plan.

There are now concerns one of the options in the business case is to drop the restoration and standardisation of the Mangantang and Sea Lake lines.

"Failing to convert the Sea Lake and Manangatang rail lines to standard gauge effectively isolates these lines from the rest of the Victorian and interstate network, including the Inland Rail project," Mr Fraser said.

"It not only weakens the gains of the entire network upgrade here in Victoria but also creates difficulties delivering essential grain into New South Wales and Queensland.

"We want it fully funded; we want it finished - we must have it in a single rail gauge to ensure the overall effectiveness of the network."

Continued duplication of broad and standard gauge trains would see an underutilisation of grain storage sites along the broad gauge lines and an increase in freight pushed onto roads.

He said the VFF had one crucial question about the revised business case, which is believed to contain several options for further funding.

"What's in it?" Mr Fraser said

"If you are not allowed to look at it, what's missing out of it?

He said transparency was all-important, over projects of the size of the MBRP and what it meant for the state's arterial infrastructure.

"Unless we get the arterials right, then nothing can happen."

Mr Fraser said the government was refusing to confirm or deny, what was, or wasn't, in the business case.

"Whenever a process isn't fully transparent, then there is cause for concern and scepticism."

Mr Tuohey said the group had not been allowed to see what went to state cabinet or the federal government.

"The draft business case has gone up to Canberra with some options, but I'm not sure what the options are," Mr Tuohey said.

"The Feds will have a good look at it, and negotiations will start, as to how much money the state can squeeze out of them," Mr Tuohey said.

"The federal government is looking for a stimulus for the economy, so it might work in favour of getting things happening."

Group members were adamant they wanted faster times, the ability to carry heavier loads and full standardisation of lines.

"The rail operators won't invest in any more locomotives, or wagons until it's standardised; that's the clear message they have given the government and me," he said.

Group members had also requested the economic and environmental impact of an increased number of heavy vehicles using the roads, if the rail project was not finished, be built into the business case.

VFF president David Jochinke said the project should be seen as nation-building.

"A commitment was made to build the MBRP just under five years ago, including the standardisation of the Sea Lake and Manangatang lines," Mr Jochinke said.

"Despite the problems with the project, our expectations have not changed."

The MBRP would secure freight connections to port for grains and horticulture producers in the Mallee and Sunraysia.

"This is a nation-building project," he said.

"At a time when the government is allocating billions of dollars of infrastructure for Melbourne, regional Victoria must receive its fair share."

Many would be based in the regions.

"It will also help to support Australia's steel manufacturing sector.

"Australia's economic recovery from the COVID-19 crisis will depend on creating more efficient freight supply lines from paddock to port, pit to port and manufacturing plant to port."

A GrainCorp spokesman said the company was a strong supporter of the MBRP and it would welcome government investment, to support its completion.

"The MBRP has the potential to deliver significant economic benefits to Victorian grain growers by creating a more cost effective and efficient rail supply chain, which will ultimately improve the competitiveness of Victorian grain in domestic and international markets," the spokesman said.

A state government spokeswoman said the MBRP had already delivered benefits for the freight industry.

"We know that there is more work to be done," the spokeswoman said.

The project had seen the return of freight services to the Mildura and Murrayville to Ouyen lines with standard gauge access, and to the Maryborough to Ararat line.

The government had deliveredstandard gauge upgrades, 21-tonne axle loading and trains running up to 80km/h from Maryborough to Mildura/Yelta.

"We're working closely with the federal government and freight industry to review the business case for the project and to deliver the next steps jointly."