Just two days after announcing its minimum price, Fonterra Australia has increased the weighted average opening from $6.06 a kilogram of milk solids to $6.40/kgMS. 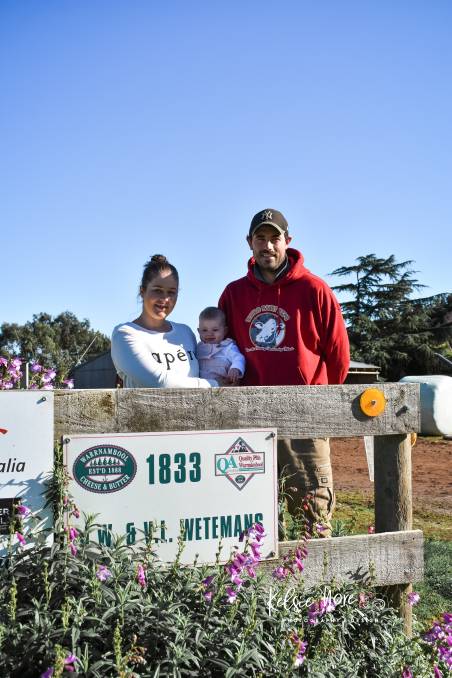 Just two days after announcing its minimum price, Fonterra Australia has increased the weighted average opening from $6.06 a kilogram of milk solids to $6.40/kgMS.

The move brings it into line with competitors Bega Cheese and Saputo Dairy Australia, and is a new minimum rather than a step-up, locking in the price under the mandatory code.

But Fonterra signalled that any further increases were unlikely, with a forecast closing range of $6.40-6.70/kgMS.

Fonterra Australia managing director René Dedoncker said it had followed industry convention, opening lower than the full-year forecast, with step-ups paid throughout the season where the market supported it.

"Clearly though, our opening price needs to be competitive," he said.

"We said we would review our pricing in June, and we have brought this forward due to the competitive environment we are in, which is what is driving this price.

"Our revised opening price fits at the lower end of our original full-year forecast and is aligned with our business plans for the year ahead.

"On Monday we said that the impact of COVID-19 on economies and the market is still largely unknown and will be uncertain for some time. Consumers' purchasing power is reduced and the foodservice industry remains impacted. This holds true today," he said.

Bega Cheese chairman Barry Irvin told Stock & Land on Monday that Bega had done what it could to insulate farmers from the extremes of the recent market.

"In down markets, Bega ... tries to make sure that we deliver as much stability as possible and obviously that comes from years of both trying to build a strong business but equally close relationships with customers that allow us to do the analysis," he said.

"The business, it is fair to say, is taking some level of risk in terms of the future market, but also doing that on the basis of very good knowledge in a very strong business and very good relationships with our customers."

"As long as it's an amount we can actually make money off, I'd prefer a company came out a little bit more conservative and, if we get step ups, all well and good, but if they're promising ... finishing the year at certain prices, you can't make decisions on that," he said.

"I certainly know a lot of my Fonterra friends were making some mad phone calls over the last couple of days and discussing their options."

Simpson sharefarmer Dave Weel supplies Saputo Dairy Australia and said he and the farm owner were currently reviewing their supply arrangements but were unsettled by Fonterra's announcements.

"If I was a Fonterra supplier, I'd be pretty worried."

United Dairyfarmers of Victoria president Paul Mumford, who supplies Fonterra, said the increase showed "there were a whole bunch of farmers very concerned."

"It shows the competitive nature for milk, that the Australian industry is in turmoil, we're still losing farmers and milk and there isn't enough to fill the stainless steel."