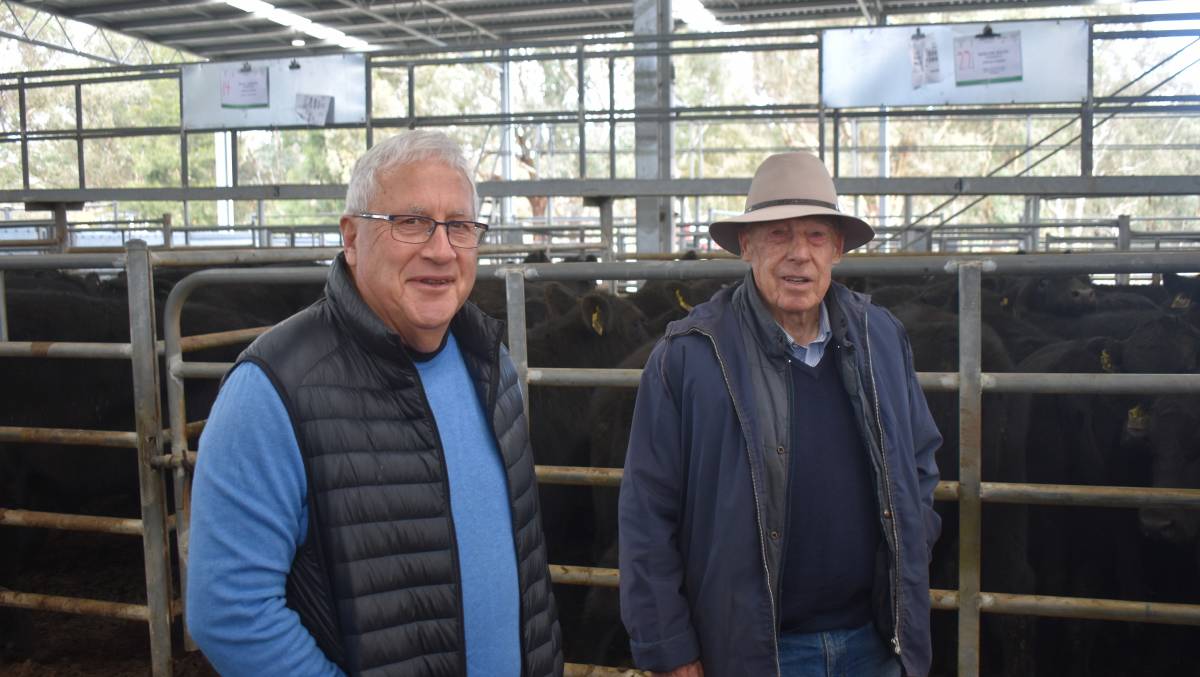 An even penning of quality weaner cattle greeted buyers at the annual Yea Nutrien Livestock sale on Friday.

Annual drafts of "true spring-drop weaner" cattle, bred mainly locally, sold to strong demand with a Covid-19 regulated gallery of buyers paying to $1610 for steers and $1450 for heifers.

This year's result was almost double the 2019 sale and was reflective of recent sales and the condition of the stock presented.

Nutrien Livestock's Tyson Bush said the cattle were a credit to the vendors.

He said feedback from buyers was that they were pleased with the evenness and quality of the yarding.

"It was a proper spring drop yarding of high-country calves," he said.

Mr Bush said a number of EU qualified cattle stayed "in the system", but there was no distinct premium paid.

He said AuctionsPlus bid on a number of pens but only purchased a couple of pens.

"Overall everyone is happy. It has been a great day."

Nutrien auctioneer Anthoney Delaney said the cattle were saved for this fixture and this year there was a lift in the weights of calves.

It was an even run of steer calves all the way through with prices ranging generally around 450-460c/kg.

Mr Delaney said there was strong competition from the western District, across a wide area of NSW with some local support.