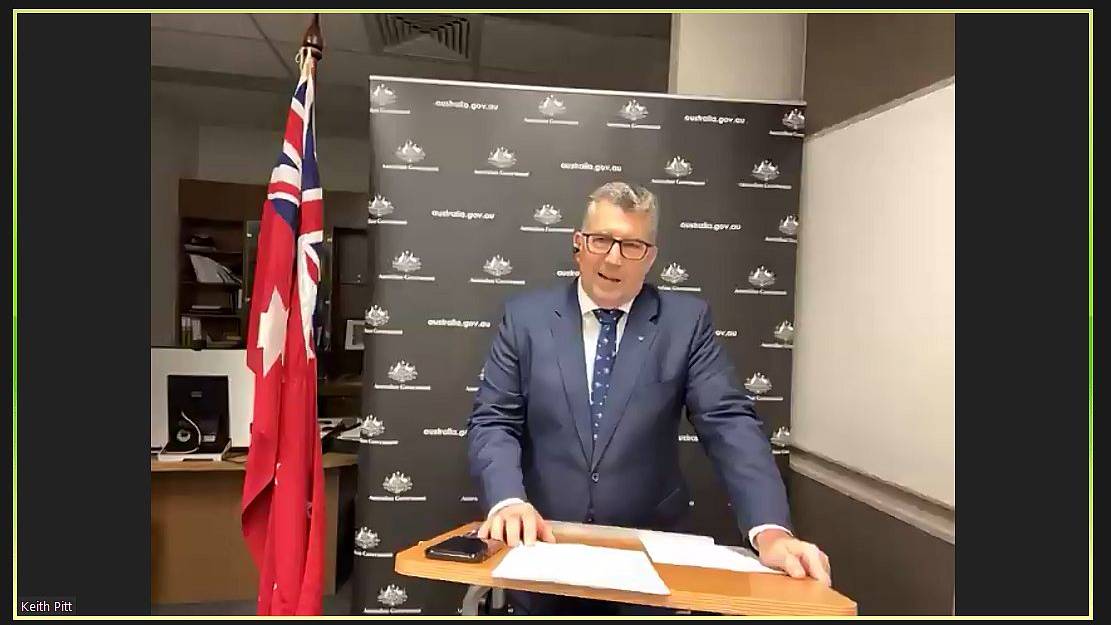 Three months into his new role, federal Water Minister Keith Pitt has refused to rule in or out splitting the Murray Darling Basin Authority or say when the Sefton report will be released.

Three months into his new role, federal Water Minister Keith Pitt has refused to rule in or out splitting the Murray Darling Basin Authority or say when the Sefton report will be released.

Mr Pitt told the Rural Press Club the five key recommendations of the Keelty report had been accepted and said he had instructed the department to implement them.

"The time for review is coming to an end," Mr Pitt said.

"In my view, communities are quite simply consulted out."

But, despite public pressure from within Mr Pitt's own party, there would be no rush to adopt the Productivity Commission's January 2019 recommendation to separate the Murray Darling Basin Authority (MDBA) compliance role from its operations.

Mr Pitt would only say he was looking at the recommendations.

"I'm trying to ensure that we take a very considered and detailed approach," he said.

"I have a wheelbarrow full of reports that are coming into my office and we'll certainly look at them with a clear eyed view and we don't want to rule anything in or out, to be frank."

Nor would Mr Pitt offer any timeframe for the release or implementation of The Independent Assessment of Social and Economic Conditions in the Basin report led by Robbie Sefton.

"I don't want to throw that report out into the ether and not be in a position to say what it is that the government will do," he said.

It was the Sefton report, however, that Mr Pitt referenced when asked about buybacks.

"I think across the entire basin, we do have to be far more determined when we look at the socio-economic costs," he said.

"That is part of the reason that the report from Robbie Sefton is so important."

Asked whether he would build a Lock Zero at the Lower Lakes, Mr Pitt mentioned the CSIRO report delivered on May 12.

"The reality is, we can never return the river to what it was before we allowed development ... we have to manage the system that we have in the best way possible based on the best science we can find and that's what I intended to do," he said.

The Australian Competition and Consumer Commission (ACCC) is due to present a draft report into water trading markets by May 31.